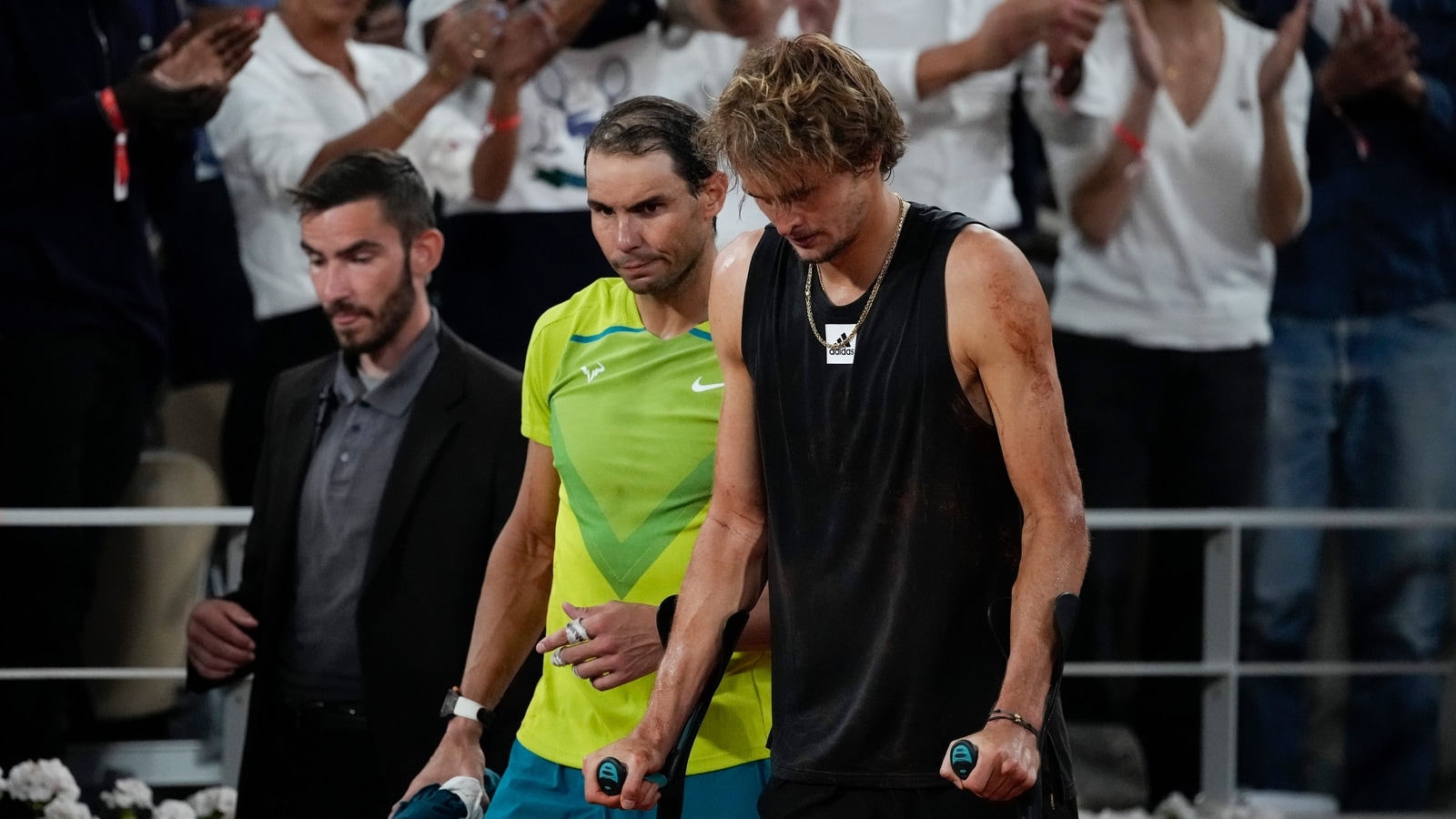 Rafael Nadal has become the second-oldest men’s finalist in French Open history after his semifinal opponent, Alexander Zverev, stopped playing Friday because of an injured right leg. Now Nadal will try to become the oldest champion at a tournament he’s already won a record 13 times.

Playing on his 36th birthday at an event he first won at 19, Nadal emerged to claim a tight-as-can-be, draining first set that lasted 1 1/2 hours by a 7-6 (8) score. The second set also was headed to a tiebreaker after another 1 1/2 hours when Zverev tumbled behind the baseline while chasing a ball to his right.

Zverev’s black outfit was covered in rust-colored clay, as were his legs and arms, and he immediately grabbed his right ankle, screaming in pain.

A trainer came out to attend to him, and Nadal walked around the net to check on Zverev, too.

Zverev then was taken off the court in a wheelchair. Several minutes later, he came back out using crutches and said he needed to retire from the match. He shook the chair umpire’s hand and then hugged Nadal.

Nadal has been dealing with chronic pain in his left foot and was coming off a pair of victories that each lasted more than 4 hours — including against defending champion Novak Djokovic on Tuesday — but showed no signs of age, injury or fatigue against the 25-year-old Zverev.

The match was played indoors at Court Philippe Chatrier, with the retractable roof installed in 2020 shut because of afternoon showers.

In addition to bidding for a 14th trophy from the French Open, Nadal can claim his 22nd Grand Slam title to add to the men’s record he already holds after his triumph at the Australian Open in January.

Djokovic and Roger Federer are tied at 20.

There’s also this on the line for Nadal in Sunday’s final against No. 8 Casper Ruud of Norway or No. 20 Marin Cilic of Croatia: It would be the first time the Spaniard ever has won the first two legs of the calendar-year Grand Slam.