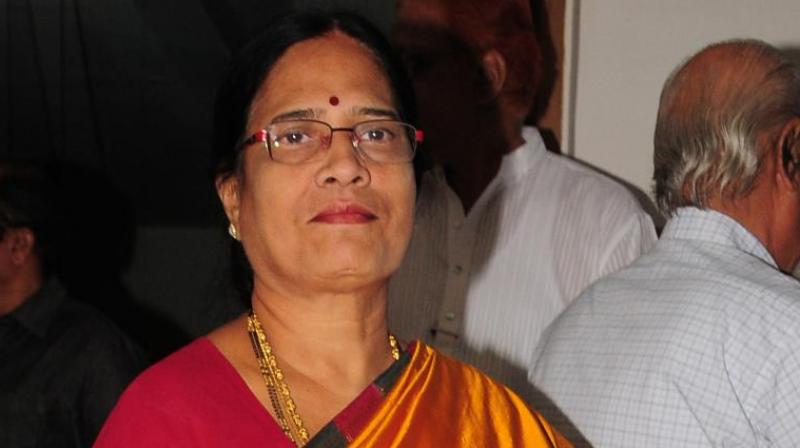 HYDERABAD: The race within the BRS for nominated posts in the Telangana Legislative Council heated up with the positions of deputy chairperson, chief whip and five whips lying vacant. Speculations are rife that former prime minister P.V. Narasimha Rao’s daughter Vani Devi is likely to get the whip post.

The upcoming Budget session has further fuelled speculation that BRS president and Chief Minister K. Chandrashekar Rao would fill the posts. The term of deputy chairperson Nethi Vidyasagar ended in June 2021 and has been lying ever since.

Many aspirants are trying to meet Chandrashekar Rao and party working president K.T. Rama Rao and lobby for their candidature.

The Chief Minister and Rama Rao were reportedly weighing options before finalising the names, taking into consideration the Assembly polls scheduled for December.

This is because few senior MLCs such as Kadiam Srihari and S. Madhusudhana Chary were hoping to contest the Assembly elections. Since the Chief Minister has promised tickets to all MLAs, it would be difficult to consider MLCs for the Assembly polls. To pacify such leaders, Rao may utilise this opportunity and give them nominated posts in the Legislative Assembly. The deputy chairman post has a cabinet rank.

Gutha Sukender Reddy was re-elected as chairman of Legislative Council last March. Vani Devi got elected as MLC on BRS ticket (then TRS) from the Hyderabad-Rangareddy-Mahabubnagar Graduates Constituency in March 2021.

Since then, speculation is doing the rounds in BRS circles that Chandrashekar Rao would give her a nominated post in the Council.