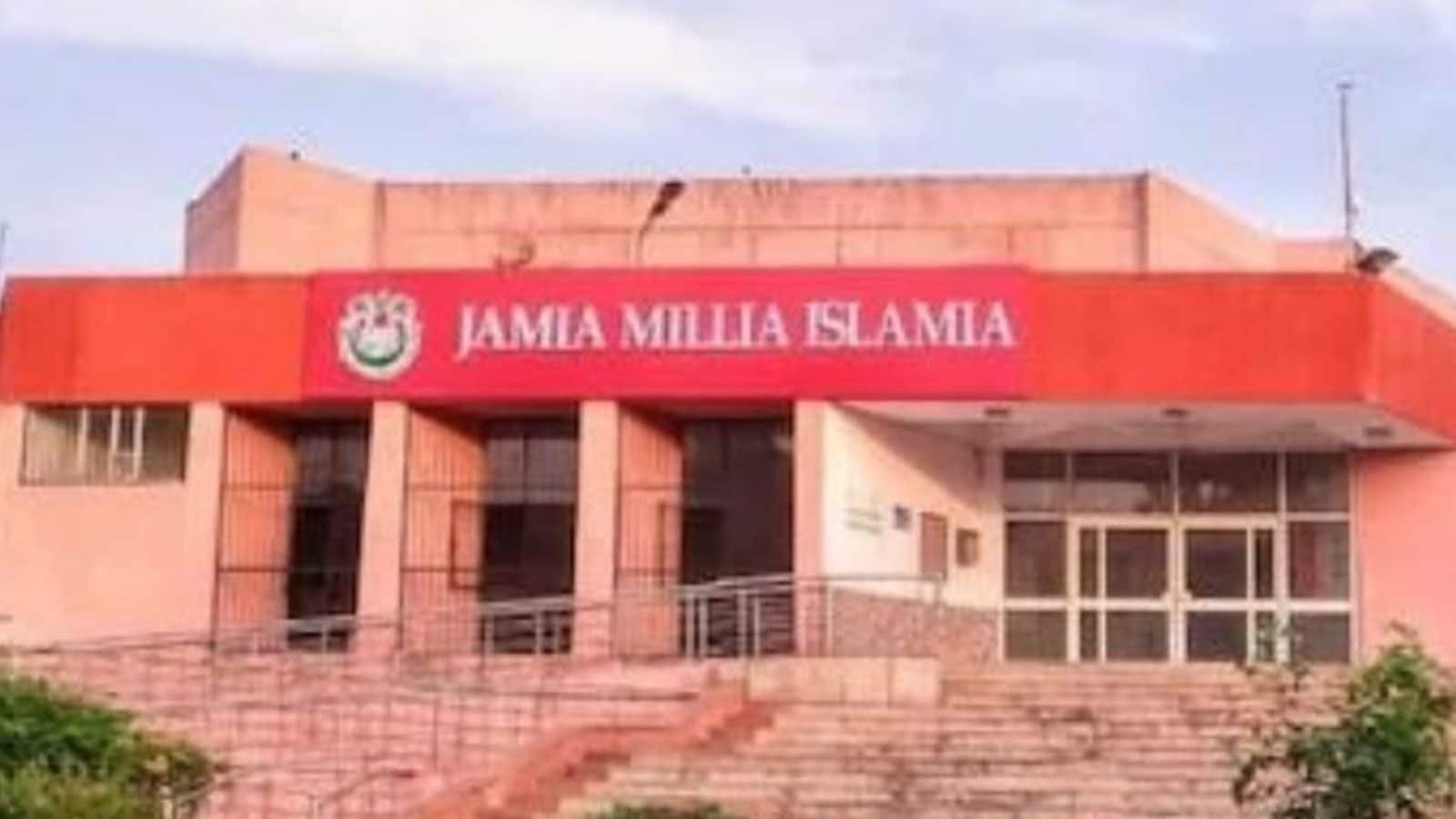 Several students of Jamia Millia Islamia staged a demonstration on the varsity campus here against suspended BJP leader Nupur Sharma over her controversial remarks on Prophet Muhammad. The students gathered ”in a large number” at Gate no-7 of the varsity and demanded the arrest of Nupur Sharma ”for hurting religious sentiments”, said student outfit Campus Front of India.

They raised slogans against the BJP and Sharma. They also held placards that read–’Balshphemy is RSS’s inborn language, Save India from them, Arrest Nupur Sharma’ and ’Stop Attacking Muslim’. ”Nupur Sharma has hurt the religious sentiment. Strict action should be taken against her and she should be put behind bars,” a Campus Front of India member said.

The row over the alleged derogatory remarks against Prophet Mohammad escalated on Sunday with protests from countries like Saudi Arabia, Kuwait, Qatar and Iran, prompting the BJP to take action against its functionaries and assert that it respects all religions. As the row intensified domestically and abroad, the BJP on Sunday suspended Nupur Sharma and expelled Former Delhi BJP media unit head Naveen Kumar Jindal.

Earlier in the day, protests erupted outside the Jama Masjid here after Friday prayers with hundreds of people demanding the arrest of Sharma for her controversial remarks, police said. However, Jama Masjid Shahi Imam Syed Ahmed Bukhari distanced himself from the protest, saying ”nobody knows who the protesters are” and demanded action against them. “After namaz, around 40-50 people staged a protest shouting slogans of different kinds and showing posters. There was no announcement for a protest from Jama Masjid. Nobody knows who those people were because thousands had gathered for the Friday prayers,” Bukhari told PTI.

The Delhi Police has registered an FIR against 31 people, including AIMIM chief Asaduddin Owaisi and controversial priest Yati Narsinghanand, and filed a separate case against former BJP spokesperson Nupur Sharma for allegedly spreading hate and hurting religious sentiments. The two FIRs were registered on Wednesday after a social media analysis, the police officials had said. Jindal, who was expelled from the party over his alleged remarks against Prophet Mohammad, and journalist Saba Naqvi have been named in the FIR.