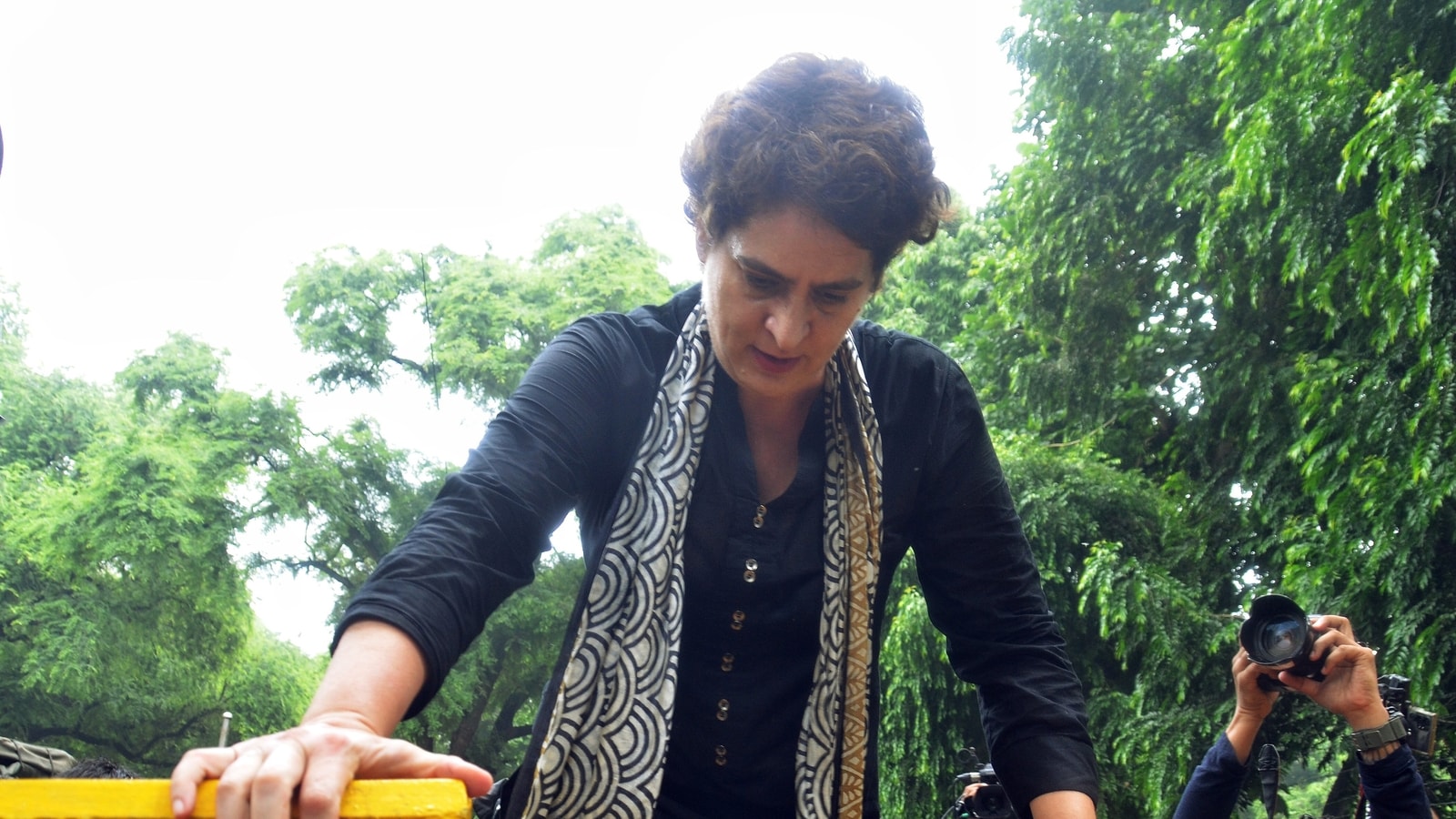 Senior Congress leader Jairam Ramesh on Friday hit back at Union home minister Amit Shah for giving a “malicious twist” to the party’s protests against price rise, unemployment and GST by making a “desperate attempt” to link it with the ‘Ram Janambhoomi’ foundation day. Shah had claimed that Congress leaders wearing black clothes during the Friday protests was a “subtle message to further promote their appeasement politics” on a day Prime Minister Narendra Modi laid the foundation of the Ram temple in Ayodhya two years back. (Also Read | ‘Zero understanding’, ‘lie 24 hours’: Rahul Gandhi sharpens attack on Modi govt)

“Home Minister has made a desperate attempt to divert, distract, polarise and give a malicious twist to today’s democratic protests of Congress against price rise, unemployment and GST. It is only a sick mind which can produce such bogus arguments. Clearly, the protests have hit home!” Jairam Ramesh said in a tweet.

The national capital witnessed dramatic protest scenes on Friday, with Congress leader Priyanka Gandhi Vadra jumping over the police barricades and sitting on the road to protest against the issue of inflation and unemployment. Several party leaders, including Rahul Gandhi and Priyanka Gandhi Vadra, wore black clothes as a mark of protest.

“I can’t understand why they protested today. Every day when they protest, they used to wear their usual normal dress but today they wore black clothes. Congress chose this day for protest and wore black clothes because they want to give a subtle message to further promote their appeasement politics because on this day itself PM Modi laid the foundation of Ram Janambhoomi,” Amit Shah told ANI.

Congress general secretary Priyanka Gandhi Vadra said fighting against the burden of inflation on the poor and the middle class across the country is the path shown by Lord Ram.

“The one who inflicts pain on the weak by increasing prices, attacks Lord Ram. The one who misrepresents those agitating against inflation, insults Loknayak Ram and the people of India,” she said in a tweet in Hindi without naming anyone.

Earlier in the day, Rahul Gandhi told a press conference that the government feels threatened by the issues of price rise, unemployment, the unfulfilled promises, and the power of the people. Without naming anyone, the Congress leader alleged that the sole agenda of the government is to protect the interest of four to five people.

‘It will be KEJRIWAL vs MODI in 2024’: AAP leader warns after CBI raids

No Diamond League for Neeraj Chopra, season over due to THIS reason: Report

How Oxygen Facial Helps You Get Healthy And Glowing Skin