Priyanka Chopra chills by the pool in swimsuit and shades in new video. Watch 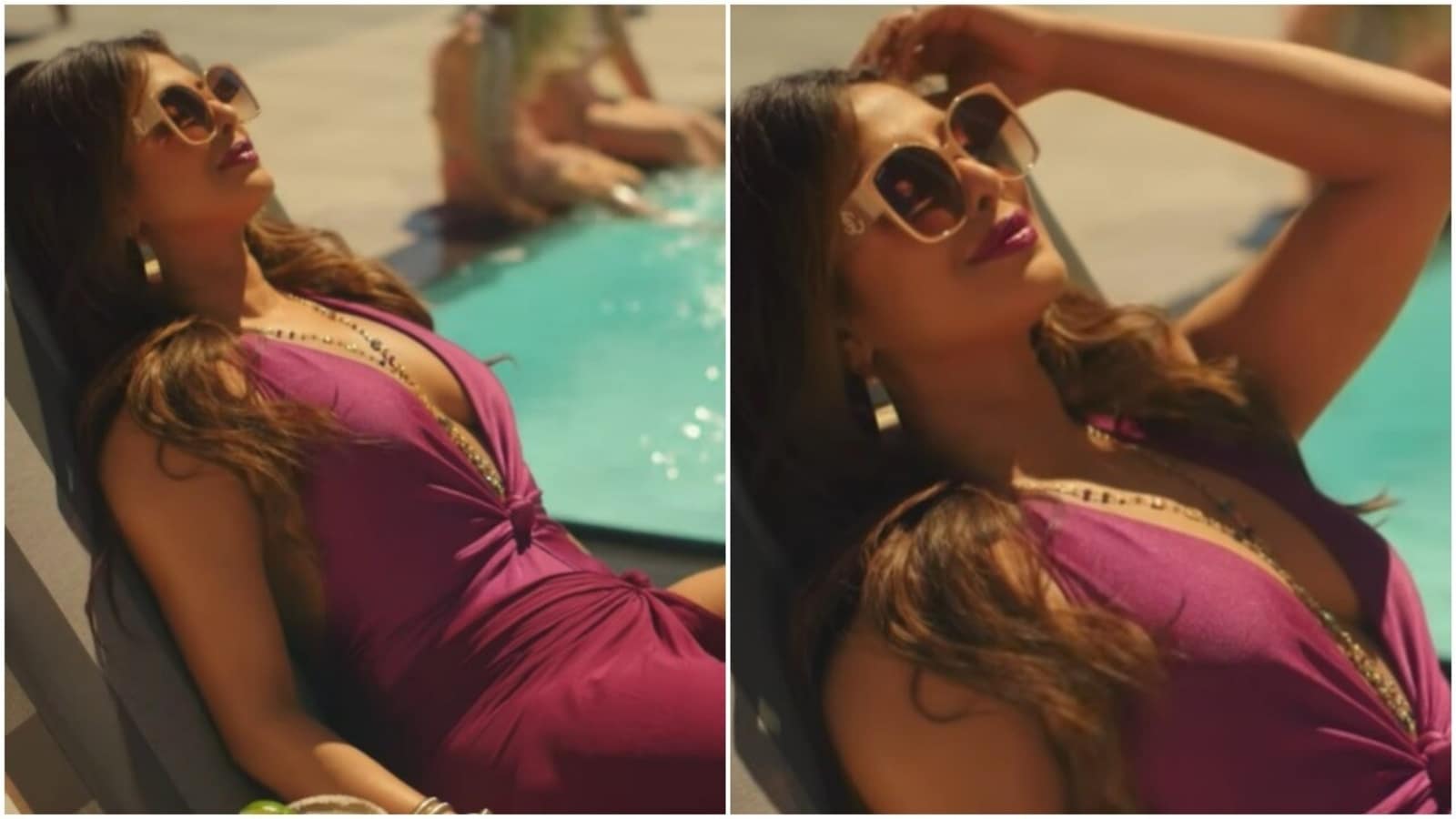 Priyanka Chopra has multiple projects in her kitty, including several brand endorsements as well. The actor on Monday shared a video related to the endorsement of a travel company that shows her chilling by the pool on vacation. Also read: Priyanka Chopra poses in bikini, bindi and bangles in old pic, does a facepalm as Nick Jonas, Ranveer Singh react

The video shows Priyanka sitting on the director’s chair and looking at vacation pictures of herself in a swimsuit. The next moment, she is seen in a purple swimsuit, as she soaks up some sun by the pool. She says, “Here I was feeling grateful for the sunshine and for friends and family who understand that quality time can also be quiet time. It’s all possible.”

A fan commented on the video, “Can’t wait to see you as a director.” Another wrote, “Gorgeous pri.” Many others called her “beautiful” as well in the comments section.

Priyanka recently returned from Paris, where she joined actor Anne Hathaway and BLACKPINK singer Alisa for Bulgari’s new jewellery collection launch. She had made two stunning appearances in the city: one in a shimmery orange gown with a plunging neckline and another in a black gown with a dramatic ruffle from top to bottom.

She also shared a picture with Anne Hathaway and Lisa as she bonded with them at the launch event. She captioned the photo, “And then there was us.. girls just wanna have fun!”

Soon after, Priyanka resumed the shooting of her debut web series, Citadel. She shared a few pictures of her look and called herself a “snack” in the caption. Being produced by the Russo brothers, the series will release on Amazon Prime Video.

Priyanka has quite a few film projects as well to look forward to. She will be seen in Ending Things and It’s All Coming Back To Me and will also return to Bollywood with Farhan Akhtar’s Jee Le Zaraa. The film will also star Katrina Kaif and Alia Bhatt.