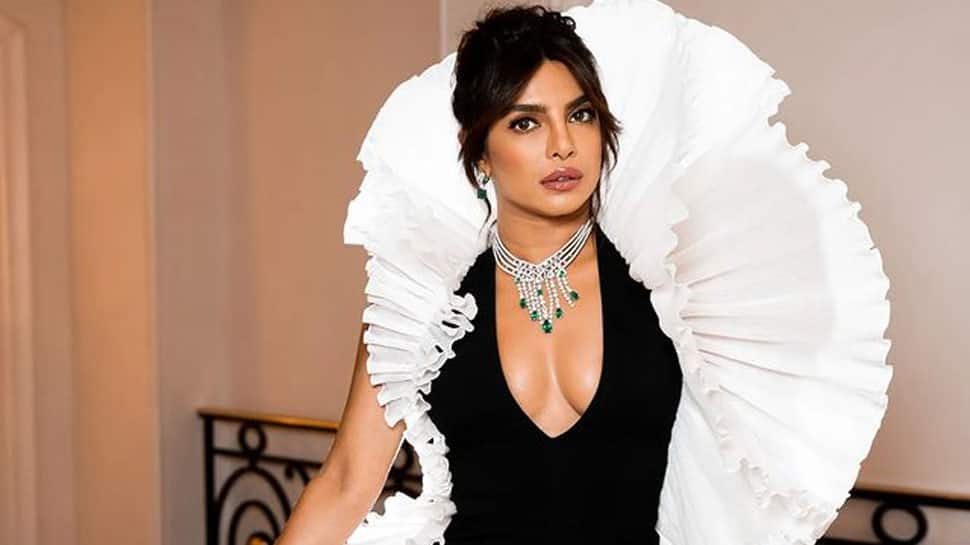 New Delhi: Global icon Priyanka Chopra is currently shooting for her debut web-series Citadel which is produced by the Russo Brothers. The actress recently posted a series of selfies in a plunging neckline and even got a ‘wow’ reaction from hubby Nick Jonas. Her maiden show will hit the OTT platform Amazon Prime Video.

Priyanka Chopra took to her Instagram handle and shared a few pictures, captioning the post as ‘Snack’. She can be seen wearing a deep-necked white dress shirt, donning beachy waves, and flaunting her nude makeup. Her awesome selfies got a reaction not only from her fans but trolls as well. Check out a few extreme reactions that her haters dropped:

After her trip to Paris for brand promotion with fellow actor Anne Hathaway and BLACKPINK singer Lisa, Priyanka Chopra is back to the sets of her debut web series ‘Citadel’ which is produced by the Russo Brothers and will hit the OTT platform Amazon Prime Video. She also has `Ending Things` and `It`s All Coming Back To Me` in the pipeline. For Bollywood calling, PeeCee has Jee Le Zaraa co-starring Katrina Kaif and Alia Bhatt.

Share
Facebook
Twitter
Pinterest
WhatsApp
Previous articleJimin says BTS wants to be with ARMY for as long as possible: ‘Will try to repay you by showing even better sides of us’
Next articleLifestyle changes cancer survivors should go through: Oncologist shares tips