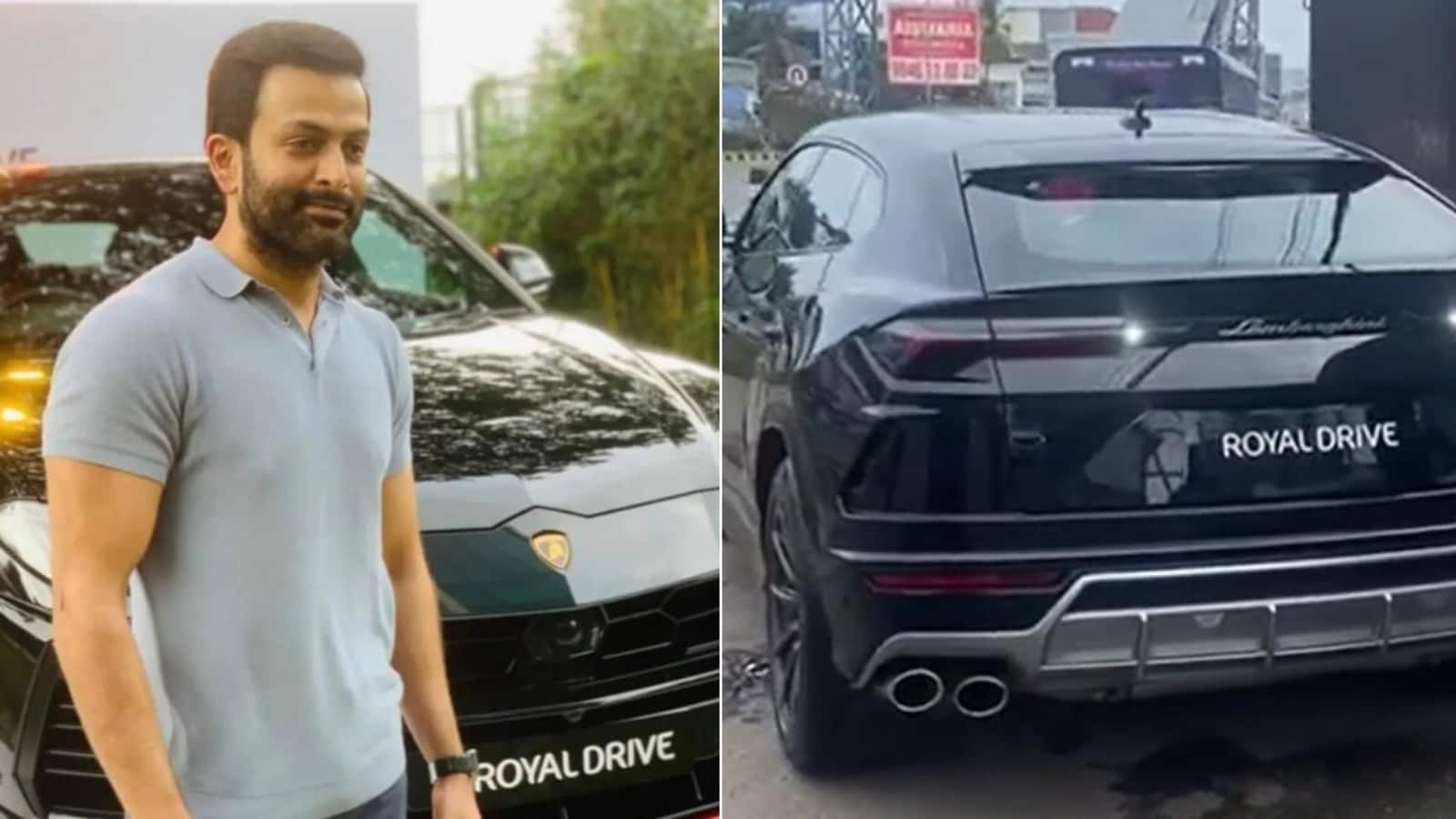 A fan account has shared a series of videos and photos of Prithviraj and his car on Instagram. The post is captioned, “Prithviraj Sukumaran bought Lamborghini Urus in exchange with his Lamborghini Huracan.” One fan commented, “Urus Graphite capsule edition.” Another one added a few shocked face emojis and wrote, “4 crore ki car (This car is worth ₹4 crore)”

Prithviraj’s Urus is of black colour with red accents on the front splitter. According to a report by Zee News, the Huracan that Prithviraj exchanged for Urus was the LP 580-2 model. A new Lamborghini Urus costs ₹3.6 crore in Kerala on road and a Lamborghini Huracan costs ₹4.5 crore. He also owns a Mini Cooper JCW, a Porsche Cayenne and a Tata Safari.

Prithviraj made his acting debut with 2002 film Nandanam, a commercial success. He later appeared in films such as, Classmates, Vaasthavam, Mozhi, Puthiya Mukham, Ayalum Njanum Thammil, Celluloid and many more. He also appeared in Hindi filma Aiyaa, Aura

Prithviraj was last seen in the Malayalam film Jana Gana Mana. Produced by Supriya Menon and Listin Stephen, the film starred Prithviraj Sukumaran, Suraj Venjaramoodu, Pasupathi Raj, G. M. Sundar, and Mamta Mohandas. He will be seen next in Kaduva, which will also star actors Vivek Oberoi and Samyuktha Menon. He also has Aadujeevitham, Empuraan, Tyson and Gold in the pipeline.