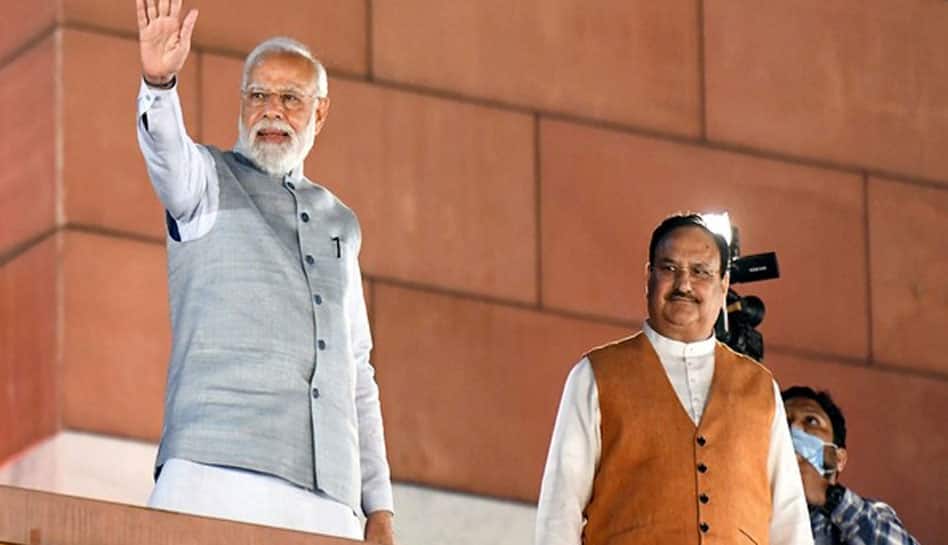 New Delhi: Even as the Opposition is yet to choose its candidate for Presidential polls, the Bharatiya Janata Party (BJP) will hold its parliamentary board meeting here on Tuesday where it is likely to finalise its pick for the election slated to be held on July 18, sources said. Prime Minister Narendra Modi is likely to join the meeting virtually. The BJP has already formed a 14-member management team to oversee the election. Union Minister Gajendra Singh Shekhawat is the convenor of this team.

BJP chief JP Nadda hold a key meeting on Sunday to brainstorm on the upcoming election where members of the management team were present.

The meeting was attended by senior leaders like Gajendra Singh Shekhawat, Ashwini Vaishnaw, G Kishan Reddy, Arjun Ram Meghwal, Vinod Tawde, CT Ravi, Sambit Patra and others. Notably, Nadda and Defense Minister Rajnath Singh were entrusted with the responsibility of holding talks with all political parties over the candidate for presidential polls.

The late date for filing nominations is June 29, the polling will take place on July 18 and the votes will be counted on July 21. Opposition leaders, who met in the national capital on June 15, announced that they have decided to field one consensus candidate for the presidential polls.

Leaders of 17 political parties joined a crucial meeting of opposition parties convened by Mamata Banerjee to build consensus on fielding a joint candidate against the NDA in the presidential elections.