Premier League: Rampant Leeds beat Chelsea as they continue to impress under Marsch 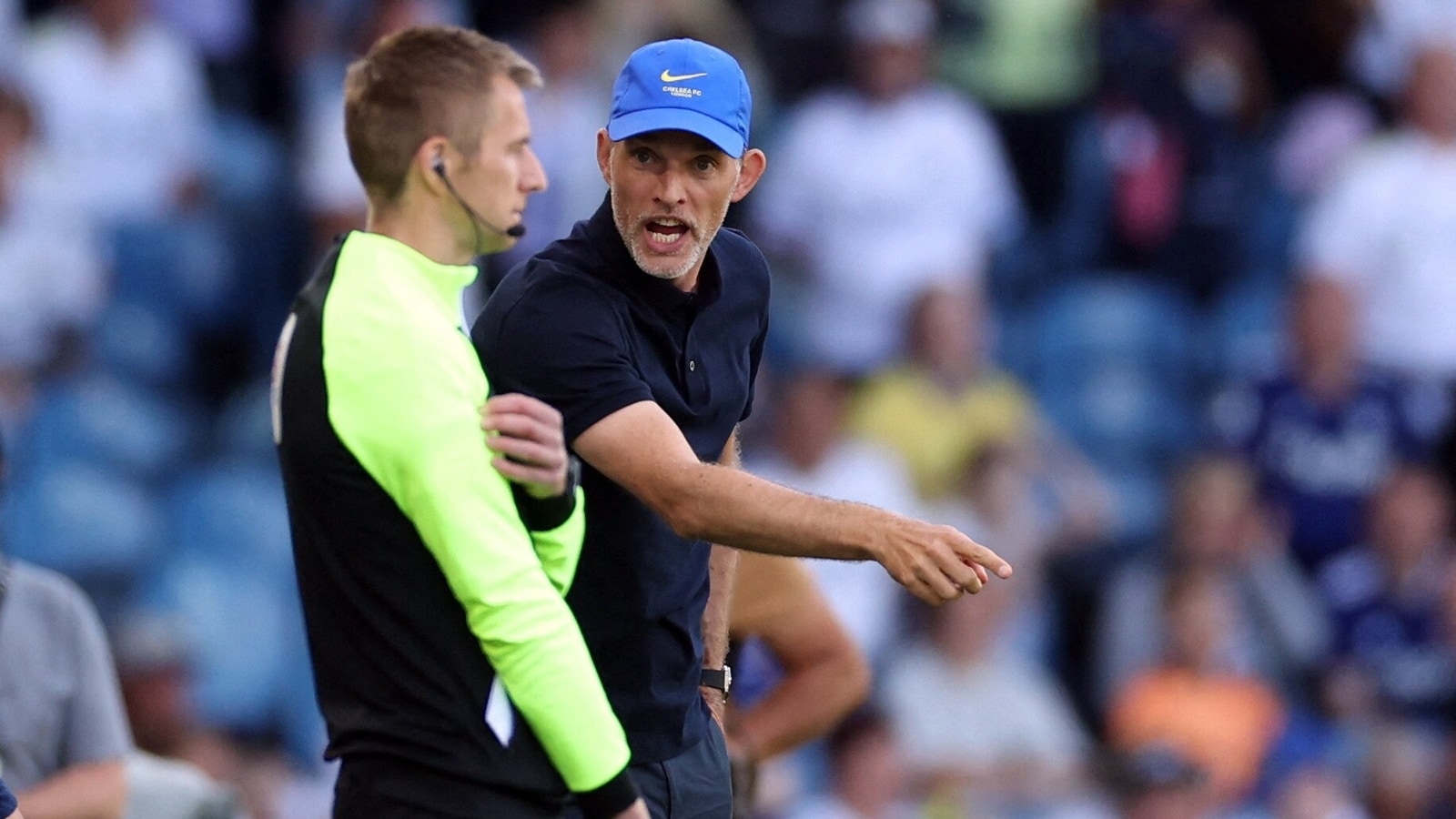 Leeds United produced a relentless display to earn a 3-0 Premier League victory over Chelsea on Sunday as they continued to impress under American coach Jesse Marsch.

In a raucous Elland Road atmosphere, two goals in five first-half minutes saw the hosts race into a 2-0 lead with Chelsea, who finished with 10 men, unable to cope with the intensity.

The opener came after a monumental error from away goalkeeper Edouard Mendy, allowing American Brenden Aaronson in to score his first Premier League goal on 33 minutes, before Rodrigo headed in his fourth of the season to make it two.

There was no letting up from Leeds as they put the game to bed with a 69th-minute third through Jack Harrison, before Chelsea’s close-season signing Kalidou Koulibaly was sent off late on.

A second victory from three at the start of the new campaign came at a canter from there on in, helping Leeds climb up to second in the standings with seven points, while Chelsea’s first loss leaves them down in 12th with four.

Looking to get back to winning ways after a fiery draw with Tottenham Hotspur last time out, Chelsea flew out of the traps, with close season signing Raheem Sterling flashing a strike wide after just 36 seconds.

Tackles were flying in in the West Yorkshire sunshine as the intensity levels remained high. Harrison also went close early on, while Sterling had the ball in the net 15 minutes in, but was correctly ruled offside.

Mason Mount was next to go close, bringing a fine save out of home goalkeeper Illan Meslier, only for Mendy to gift the hosts the lead.

The Senegal international made a mess of collecting a back pass from Thiago Silva, he was then dispossessed by Aaronson, who was free to walk the ball home.

The home fans enjoyed the opener against traditionally one of their fiercest rivals — animosity that stretches back to the 1970s — with the roof almost coming off Elland Road after in-form Brazilian forward Rodrigo headed home the second from Harrison’s free kick.

Chelsea coach Thomas Tuchel rang the changes in the second half, but the visitors, other than Reece James’ drilled effort that was tipped wide by Meslier, never looked like getting into the match.

Harrison’s close-range finish was no more than the home side deserved, ensuring they could stroll to a second successive home league win — a feat they did not achieve all last season.

A second yellow card for an innocuous foul from Koulibaly left the home fans heading for the exits with a beaming smile.