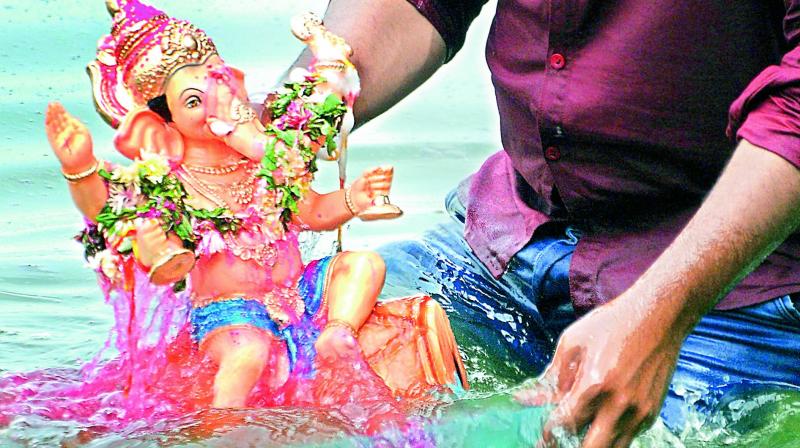 Police of Yarragondapalem took possession of the emerald green colour idol following rumours that its value runs into crores. Emerald is high in demand in national and international markets, it being a fairly expensive gemstone.

Venkateswar Reddy told the police that he was performing a puja to the idol.

The idol is being sent to the Archaeological Survey of India for detailed examination and ascertain whether it is an antique piece.

“Based on first impression, it is not emerald and a non-antique piece worth about Rs 10 lakh,” said Sridhar Rao, additional SP of Prakasam. A case is being registered and an investigation will be carried out, he said while noting that a case related to the idol had been booked in Telangana too.