Poco F4 5G to Sport Up to 12GB RAM; Price in India Leaked 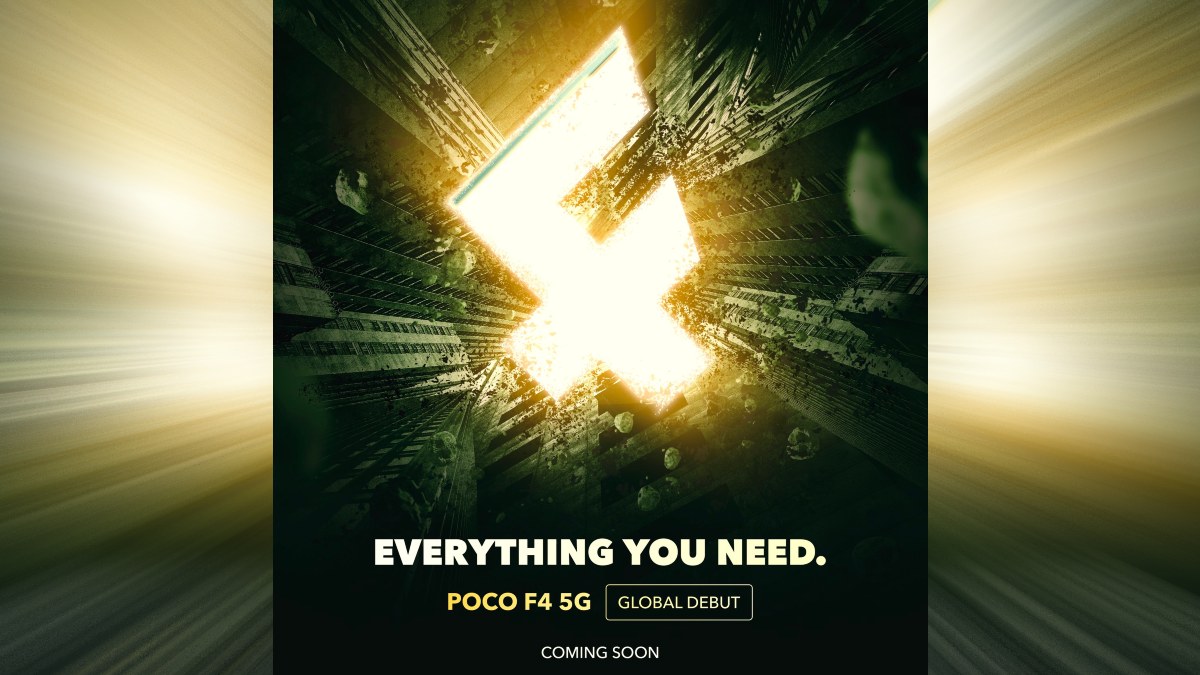 Poco F4 5G has been confirmed to sport up to 12GB of LPDDR5 RAM + 256GB and will have UFS 3.1 storage. The handset from Xiaomi brand Poco is expected to see its global debut in India soon. The Chinese brand had earlier confirmed that the smartphone will be powered by Snapdragon 870 SoC. The Poco F4 5G price in India has been revealed in a recent leak. Some live images allegedly belonging to the smartphone from the Chinese company were also leaked online a few days ago. The Indian variant of the Poco F4 5G has also been reportedly listed on Geekbench benchmarking website. The Indian variant of the Poco F4 was also recently spotted on the IMEI database, as per a report.

Poco has confirmed via the Poco India Twitter account that its upcoming Poco F4 5G will come with 12GB of LPDDR5 RAM + 256GB storage capacity. The smartphone will also house UFS 3.1 storage. Poco recently announced the global launch of the smartphone in India with the tagline “Everything You Need”. The Chinese smartphone company had also confirmed that the Poco F4 5G will sport the Snapdragon 870 SoC.

The Chinese company is yet to announce the launch date of the Poco F4 5G. The smartphone will be launched globally and in India soon, teasers indicate. The pricing details of the Poco F4 5G was allegedly leaked via an authorised Xiaomi retailer, as per tipster Paras Guglani aka Passionategeekz in a report on Rootmygalaxy. The leak indicated that the handset will arrive in the global market in a single 8GB RAM + 256GB storage variant and will be priced at $459 (roughly Rs. 35,900), while smartphone from Poco is expected to launch in India with a price tag of Rs. 26,999.

To recall, some live images allegedly belonging to the Poco F4 5G were also leaked a few days ago. The leaked images suggested a single colour option, a 64-megapixel AI triple camera setup, and a side-mounted fingerprint sensor for the smartphone. The Poco F4 5G is said to feature a 6.67-inch full-HD+ AMOLED display with 120Hz refresh rate.

As mentioned earlier, the Indian variant of the Poco F4 5G has been reportedly listed on the Geekbench benchmarking website. The listing, which was spotted by MySmartPrice, indicated that the phone has the model number 22021211RI. The listing also said to mentioned the chipset and storage of the Indian variant of the handset to be Snapdragon 870 SoC and 12GB RAM, respectively, both of which have been officially teased by the company. The Poco F4 5G is also said to run on Android 12 out of the box with MIUI 13 on top. The handset has scored 978 and 3254 in Geekbench’s single-core and multi-core tests. The global variant of the Poco F4 had allegedly surfaced on Geekbench a few months ago bearing the model number 22021211RG.

A Poco smartphone with the same model number as in the Geekbench listing —22021211RI had appeared on the IMEI database last month. The Poco F4 Indian variant bearing the model number 22021211RI was also reported to be spotted on the Bureau of Indian Standards (BIS) certifications site.

The Poco F4 5G with the model number 22021211G was reportedly spotted on the US FCC certification site. The handset had been listed to pack a 4,400mAh battery. The final release of the handset is expected to come with 5,000mAh battery with support for 67W fast charging. The Poco F4 5G is also said to support N41, N77, and N78 5G bands along with 2.4GHz and 5GHz Wi-Fi connectivity.