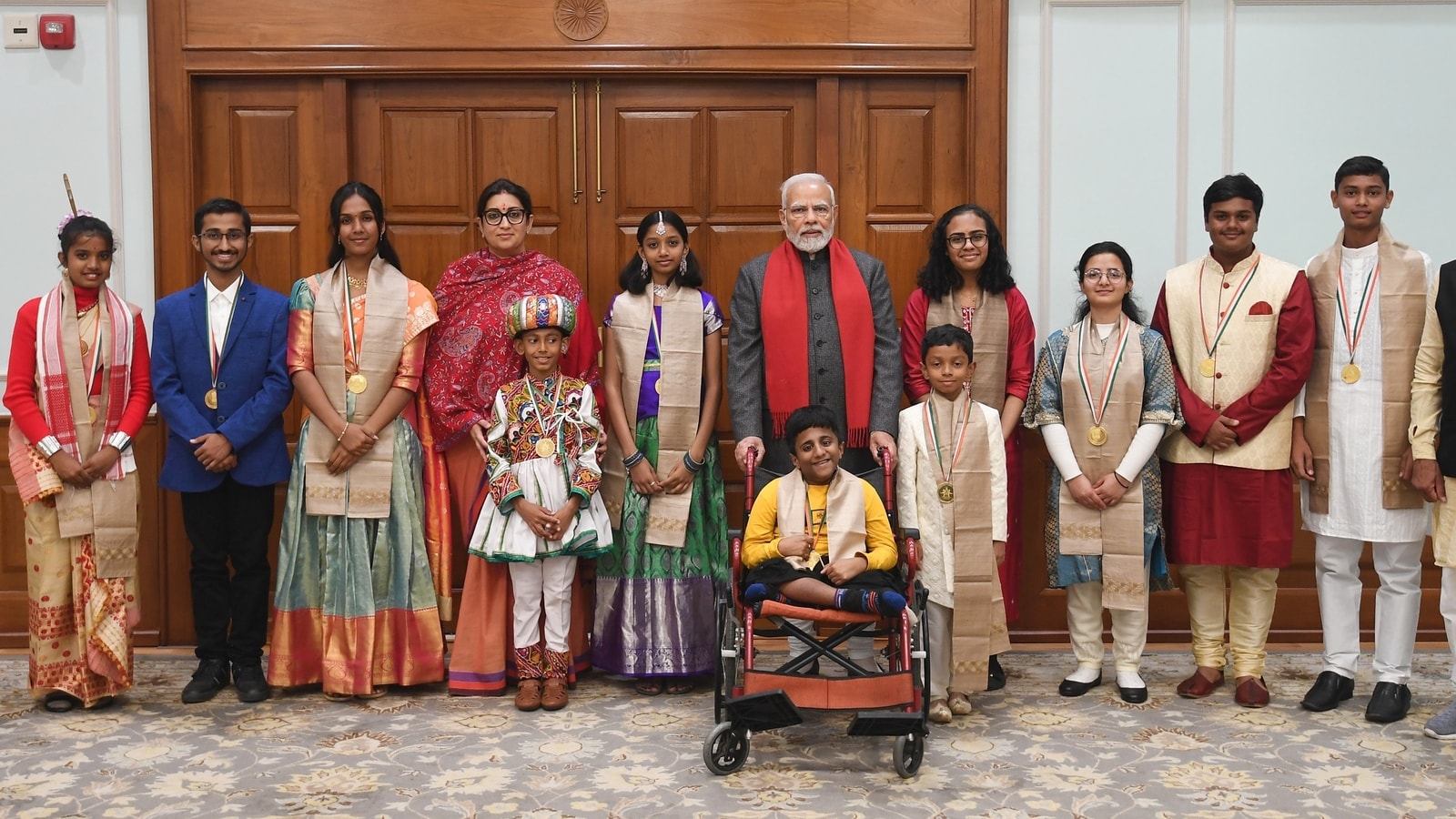 PM Modi presented souvenirs to all the awardees and discussed their achievements on a one-to-one basis, followed by interaction with the entire group.

“He engaged in an open-hearted interaction in an informal setting. The children asked him various questions about the challenges they face and sought his guidance on a variety of topics,” the Prime Minister’s Office said.

The Prime Minister suggested the awardees to start by solving small problems, gradually build capacity, enhance capability and develop confidence to solve bigger problems as they go ahead in life.

The Government of India has been conferring the Pradhan Mantri Rashtriya Bal Puraskar to children for their exceptional achievement in six categories – Innovation, Social Service, Scholastic, Sports, Art & Culture and Bravery.

Each awardee is given a medal, a cash prize of ₹1 Lakh and certificate.

This year, 11 children from across the country were awarded Bal Puraskar by President Droupadi Murmu.