People in Japan don’t expect a lot this time: Honda 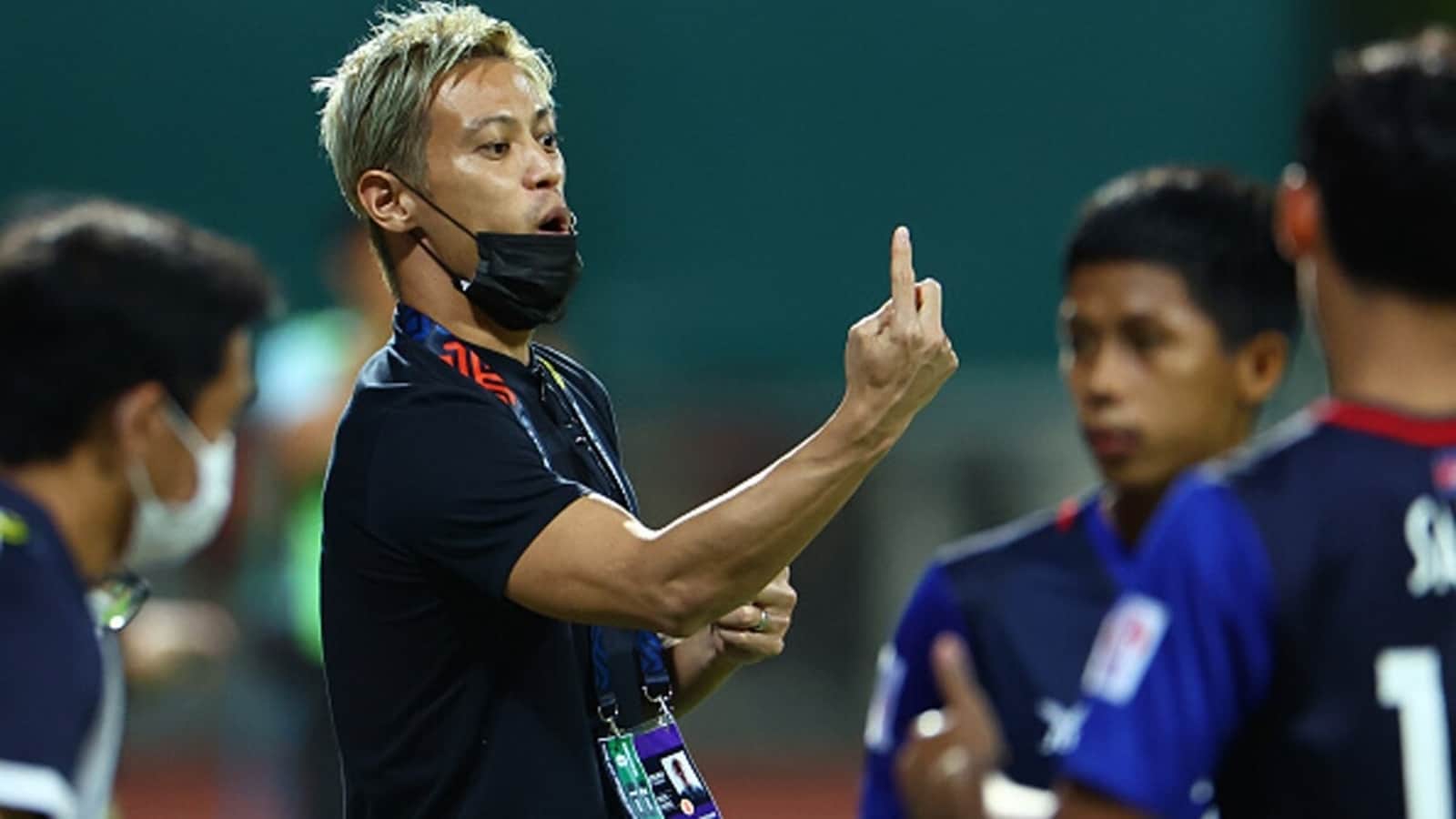 A part of Keisuke Honda, one that scored in three World Cup finals, hopes Japan will have a good time in Qatar. Another part, possibly the one that sees him suit up in a dark cream as the general manager who was stood for three games in the Cambodia technical area at Salt Lake stadium, is more realistic. “It will be pretty difficult,” said Honda at the mixed zone of the Asian Cup’s final round qualifiers here on Tuesday.

Japan are grouped with Germany, Spain and the winners of the Costa Rica-New Zealand completing the quartet in group E. “People in Japan don’t expect a lot from this World Cup. I know players always want to always change the situation but I think it is difficult because Spain and Germany also have to go to the next stage. That’s why for Japan to go through, it would be crazy,” said Honda on the day Japan lost 0-3 to Tunisia in the final of the Kirin Cup.

“But I am Japanese and will always support my country. Against strong teams Japan have always played well in the last couple of years.” Honda’s Japan had Belgium on the mat, scoring twice in four minutes in their round-of-16 game in 2018 ago before goals from Jan Vertonghen, Marouane Fellaini and Nacer Chadli sent them home. They lost 0-1 to a Neymar’s 77th minute penalty in a recent friendly against Brazil.

Known for his free-kicks from range, Honda accepted that he “was struggling” during his time at AC Milan. “It was a very hard time for me. I tried my best but couldn’t achieve it. This group has,” said the 36-year-old attacking midfielder. “I am a Milanese so I sent them all my hugs.” Last term, AC Milan ended an 11-year wait for the Serie A title.

When the conversation moved to India, Honda said this was the first time he had seen them play. “They look like an experienced team with young players. India has a population advantage over other countries. If they will be serious, like cricket, they will be strong. But, of course, it all depends on what people want to be,” he said.