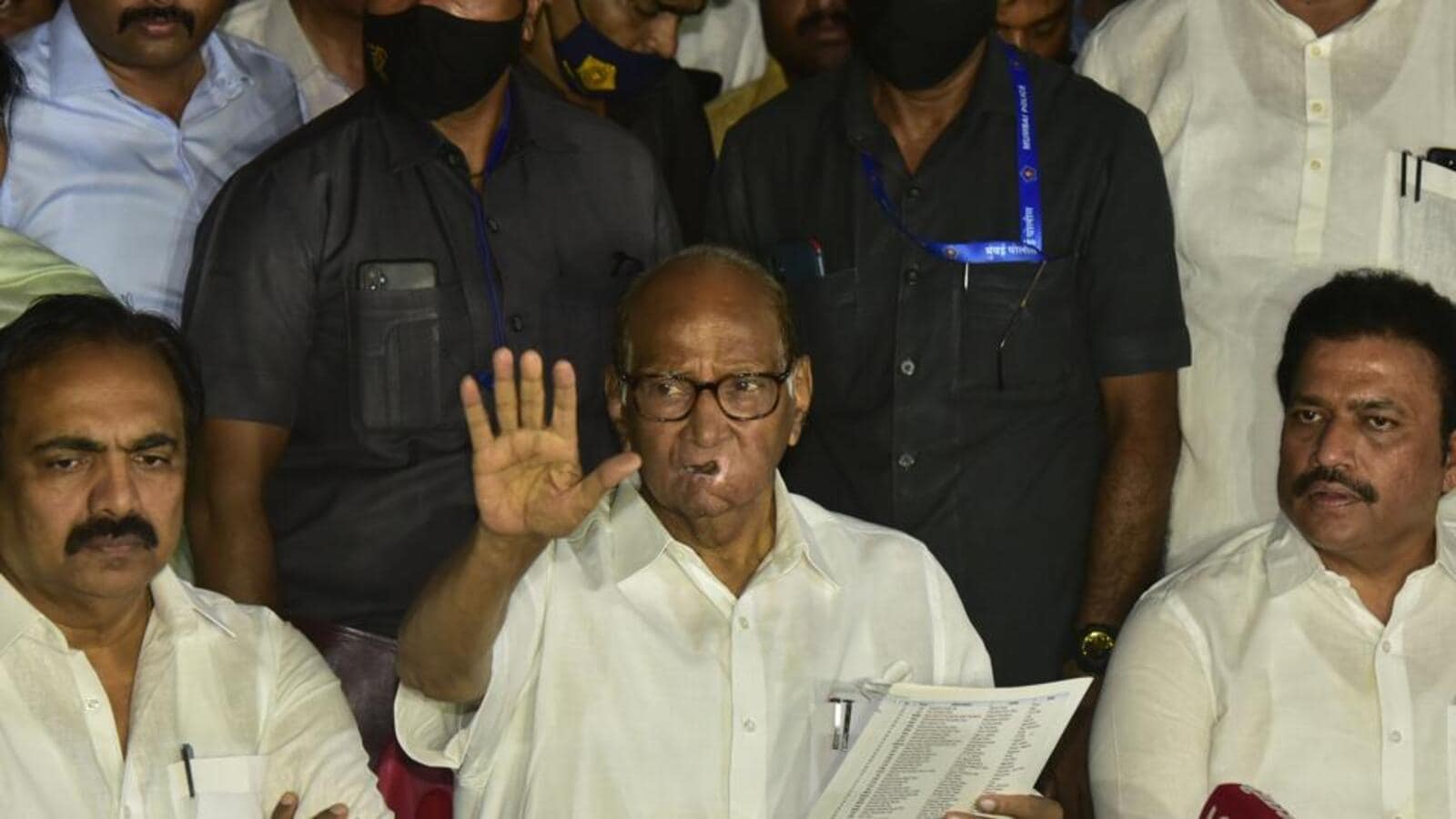 As it became clear on Thursday that rebel leader Eknath Shinde had mustered the required numbers needed to split the Shiv Sena, and that the days of the Maharashtra Vikas Aghadi (MVA) government may be numbered, the coalition’s architect, battle-scarred Sharad Pawar, stepped in to make his moves.

Pawar’s imprimatur became clear when deputy speaker Narhari Zirwal came into play. Zirwal, who is from the Nationalist Congress Party (NCP), first accepted the Sena’s proposal to appoint Ajay Chaudhary in place of Eknath Shinde as the group leader of party in the assembly. This was crucial because the group leader appoints the whip, and effectively decides how MLAs will conduct themselves on the floor of the house.

It was followed by a conversation between Pawar and Uddhav Thackeray over phone, within two hours of which Zirwal also admitted the Shiv Sena’s proposal to disqualify 12 of its rebel MLAs, including Shinde.

Through the day, Pawar held a series of meeting with his party top brass following which NCP leaders Praful Patel, Ajit Pawar and Jayant Patil came out in full force to support Uddhav.

During his own press briefing that followed, Sharad Pawar swiftly quelled any speculation about dissension in the MVA ranks that arose from Sanjay Raut’s statement that the party could consider pulling out of the coalition.

The matter, Pawar insisted, will now be decided only on the floor of the house, putting pressure on the rebels holed up Guwahati. Attempts to keep the breakaway MLAs in Guwahati won’t help much, he said. “They will have to come to Mumbai and present themselves in the assembly,” he said.

“I have seen similar situations in the past. My assessment is that this government will survive,” he declared. His confidence seemingly stemming from having prevented two earlier bids to split his own party, the first time in 2002 by Narayan Rane, and more recently in 2019 when the BJP tried to form government with his nephew Ajit Pawar. Unlike Thackeray’s more conciliatory tone to his partymen on Wednesday, Pawar was more forthright in his message to the rebel Sena MLAs.

“All past experience shows that Sena rebels rarely win elections after defecting. “Except for one person all those who left Sena with Chhagan Bhujbal for instance never won elections again,” he cautioned.

NCP insiders added that all legal recourse which now seems inevitable are being handled by the their boss.