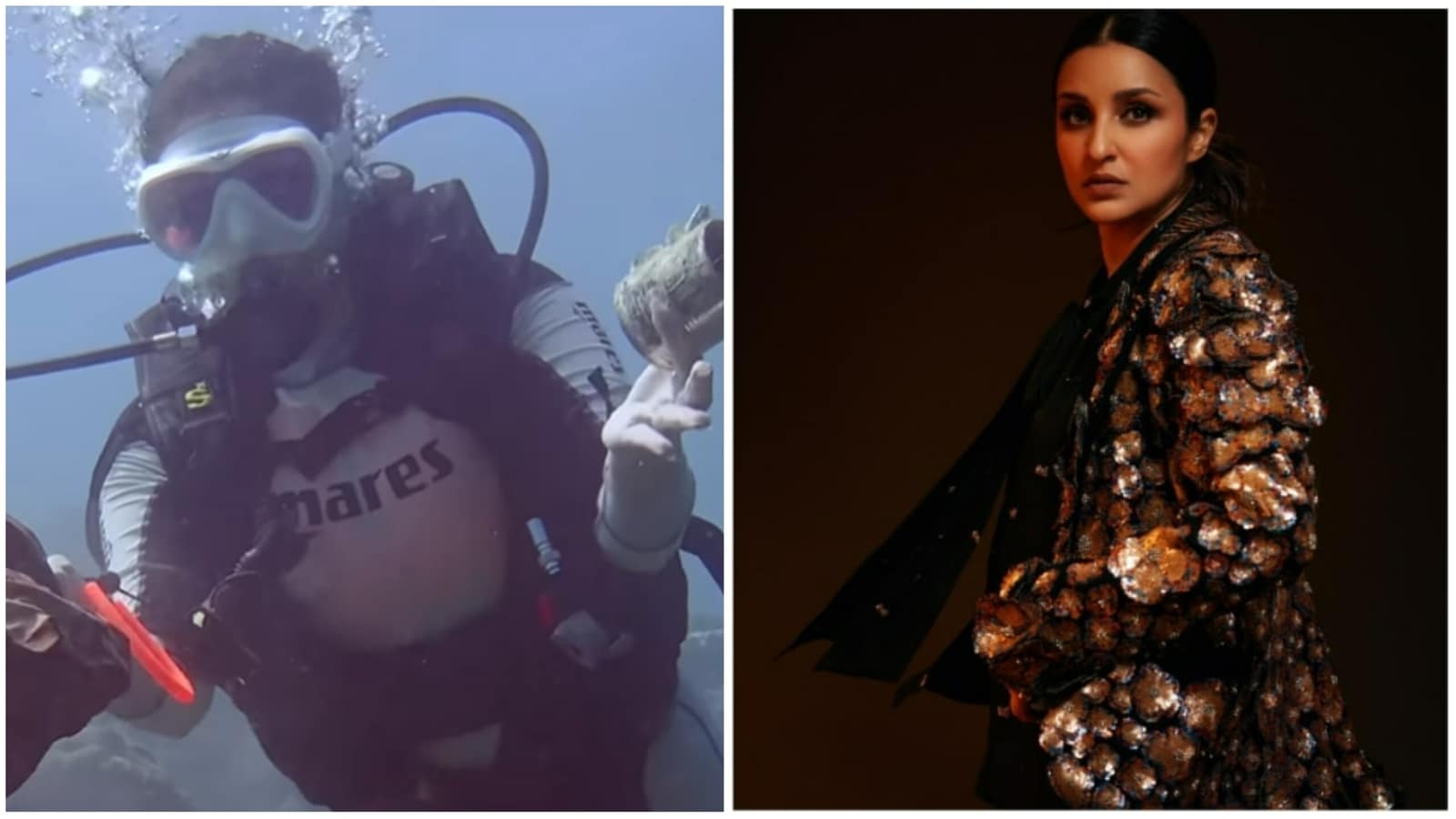 Parineeti Chopra has made her fans feel proud after she shared a video of herself collecting plastic waste and debris from the ocean. Parineeti, who is a certified scuba diving instructor, was seen picking items that were discarded in the ocean in the video. She noted that she is happy to have done her part in helping to save the ocean. Also Read| Parineeti Chopra shoots at minus 12 degrees Celsius temperature, says water needed for the shot froze. Watch

The actor shared the video on her Instagram account on Saturday, and urged others to join her in creating a change for the ocean. She wrote, “Had fun diving, but also did an important Dive Against Debris. Join me in creating ocean change.” Parineeti was seen picking plastic and a face mask among other items from the ocean and showing it to the camera. She expressed disappointment and shook her head as she collected a discarded can and a piece of clothing from the ocean.

The accompanying captions in the video read, “About 14 million tons of plastic ends up in the ocean every year. By the year 2020, the amonunt of plastic in the ocean is expected to quadruple. This could cause the extinction of thousands of species of marine life. Some of these species include sea turtles, dolphins, and seals. Luckily, divers can help to save the ocean and these species through Dive Against Debris. Since the program’s launch, 90,000 visitors to the ocean have removed 2 million pieces of garbage from the water. I’m happy to have done my part in helping to save the ocean.”

Parineeti’s fans showered love on her post and praised her for her efforts to clean the ocean. One wrote, “Very proud of you,” while another commented, “You are doing a great thing.” A third one wrote, “Superb Pri.”

Parineeti will be next seen in Uunchai, which also stars Anupam Kher, Amitabh Bachchan, and Boman Irani. She is also shooting an action thriller with singer-actor Harrdy Sandhu.