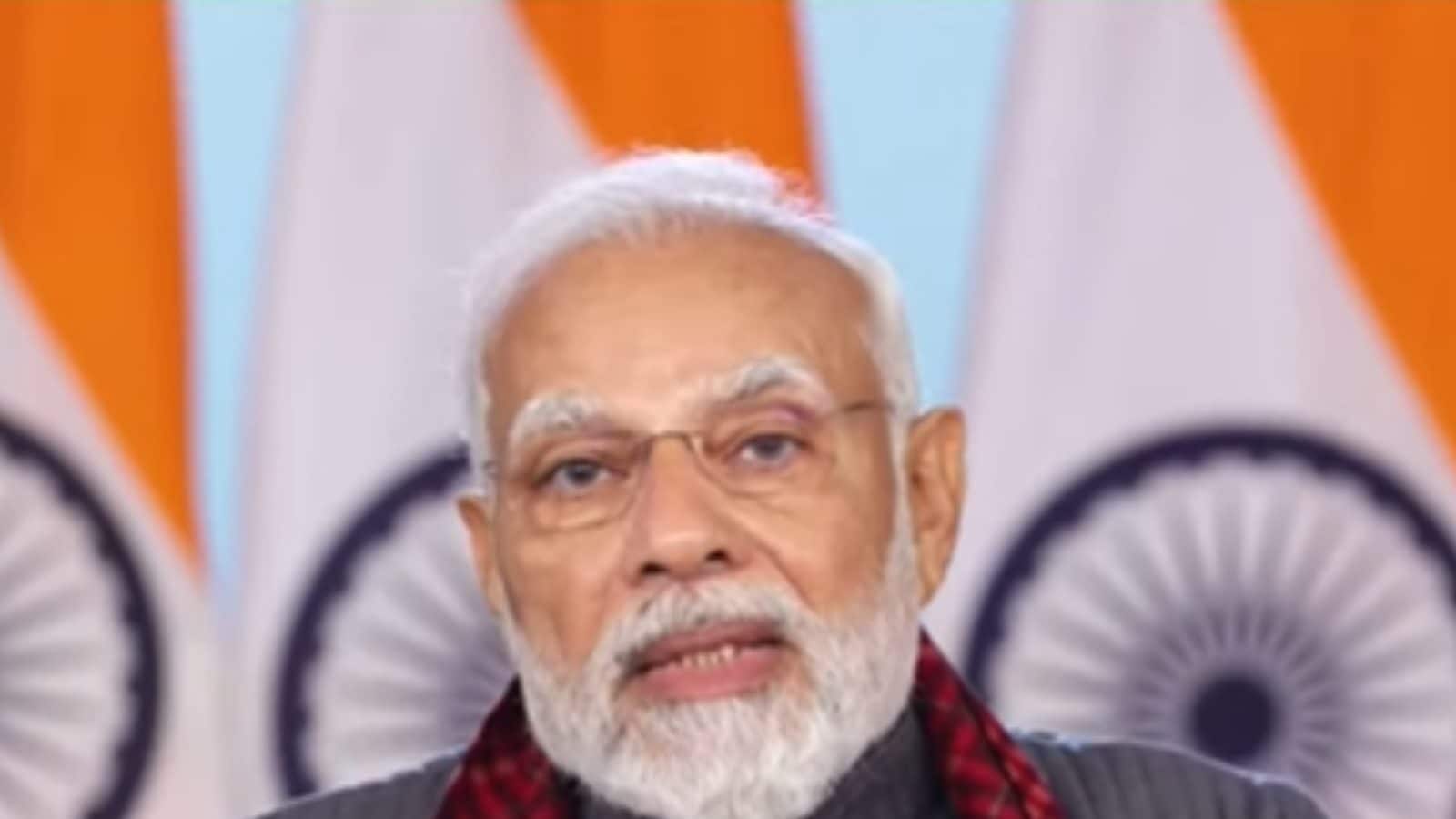 The virtual inauguration of the Netaji memorial model will be followed by PM Modi’s speech to the nation.(Source: Twitter/@BJP4India)

On Parakram Diwas, Prime Minister Narendra Modi will participate in a ceremony to name 21 largest unnamed islands of Andaman & Nicobar Islands. The islands would be named after the 21 Param Vir Chakra awardees. During the program, Modi will also inaugurate a model of a memorial dedicated to Netaji Subhas Chandra Bose virtually in Andaman to commemorate the freedom fighter’s 126th birth anniversary.

Owing to the historic significance of the Andaman & Nicobar Islands and to honour the memory of Netaji Subhas Chandra Bose, Ross Islands was renamed as Netaji Subhash Chandra Bose Dweep by the Prime Minister during his visit to the Island in 2018.

‘Everlasting Tribute to our Heroes’

“This step will be an everlasting tribute to our heroes, several of whom had made the ultimate sacrifice to protect the sovereignty and integrity of the nation,” the PMO statement read.

The model of the proposed memorial will be set up on Ross Island, which had been renamed as Netaji Subhash Chandra Bose Dweep in 2018.

It will have a museum, a cable car ropeway, a laser-and-sound show, a guided heritage trail through historical buildings and a theme-based children’s amusement park, besides a restro lounge, according to officials.

The virtual inauguration of the model will be followed by PM Modi’s speech to the nation.

Notably, Union Home Minister Amit Shah arrived in Port Blair on Sunday night for a two-day visit to the archipelago, where he is scheduled to address a public meeting on the occasion of Netaji Subhas Chandra Bose’s 126th birth anniversary, besides taking stock of development activities.

Shah is likely to hoist the national flag during the day and deliver a public speech at Netaji Stadium – the same place where the freedom fighter had unfurled the Tricolour on December 30, 1943.

Back then, the stadium used to be known as Gymkhana Ground.

Shah is also likely to visit the Cellular Jail in the islands.