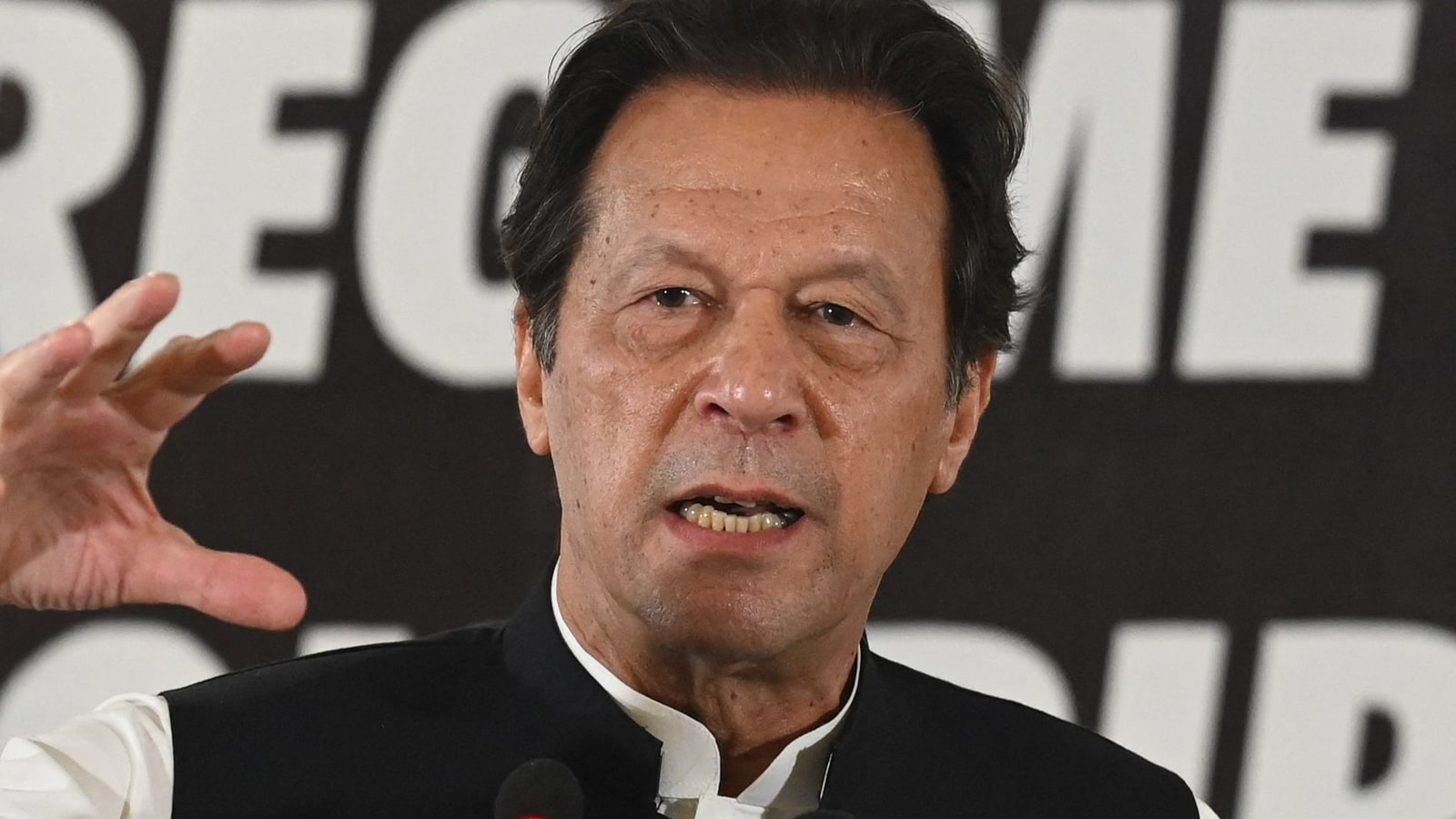 Former Pakistani Prime Minister Imran Khan hit out at the Shehbaz Sharif led-government on Sunday night for banning the live telecast of his speeches on TV by saying that the government has sunk to a new low.

The action to ban the live coverage of speeches was taken by the Pakistan Electronic Media Regulatory Authority (PEMRA) on Saturday, hours after Imran Khan, the Pakistan Tehreek-e-Insaf’s (PTI’s) chairperson, held a rally in Islamabad, criticising the police and the judiciary over the arrest of one of his party’s leaders.

On Sunday, Khan was booked under the Anti-Terrorism Act (ATA) for threatening a judge and two top police officials during his Islamabad rally on Saturday.

Taking to Twitter, Imran Khan said, “The fascist Imported govt sunk to a new low today by banning live coverage of my speeches on TV and then blocking YouTube temporarily during my speech at Liaquat Bagh. All this after continuous intimidation of media persons and taking channels off air earlier.”

This is not only a gross violation of freedom of speech but also negatively affects the digital media industry and the livelihoods of many. What they need to understand is that no matter what they do, they cannot suppress the will of the people which is Haqeeqi Azadi.

Khan added that the ban was not only a gross violation of freedom of speech but also negatively affected the digital media industry and the livelihoods of many.

“What they need to understand is that no matter what they do, they cannot suppress the will of the people which is Haqeeqi Azadi,” the former Pakistani Prime Minister further tweeted on Sunday night.

Further hitting out at the government, Khan said that the ban showed the desperation of those who for their self-interest were willing to push Pakistan towards political and economic chaos.

Imran Khan was ousted from the Prime Minister’s post in April through a no-confidence vote. He was replaced by Shehbaz Sharif, the president of the Pakistan Muslim League (N).

Imran Khan alleged that there was a foreign conspiracy plotted in the United States to overthrow his government with the help of the opposition parties and he has renewed this allegation time and again.