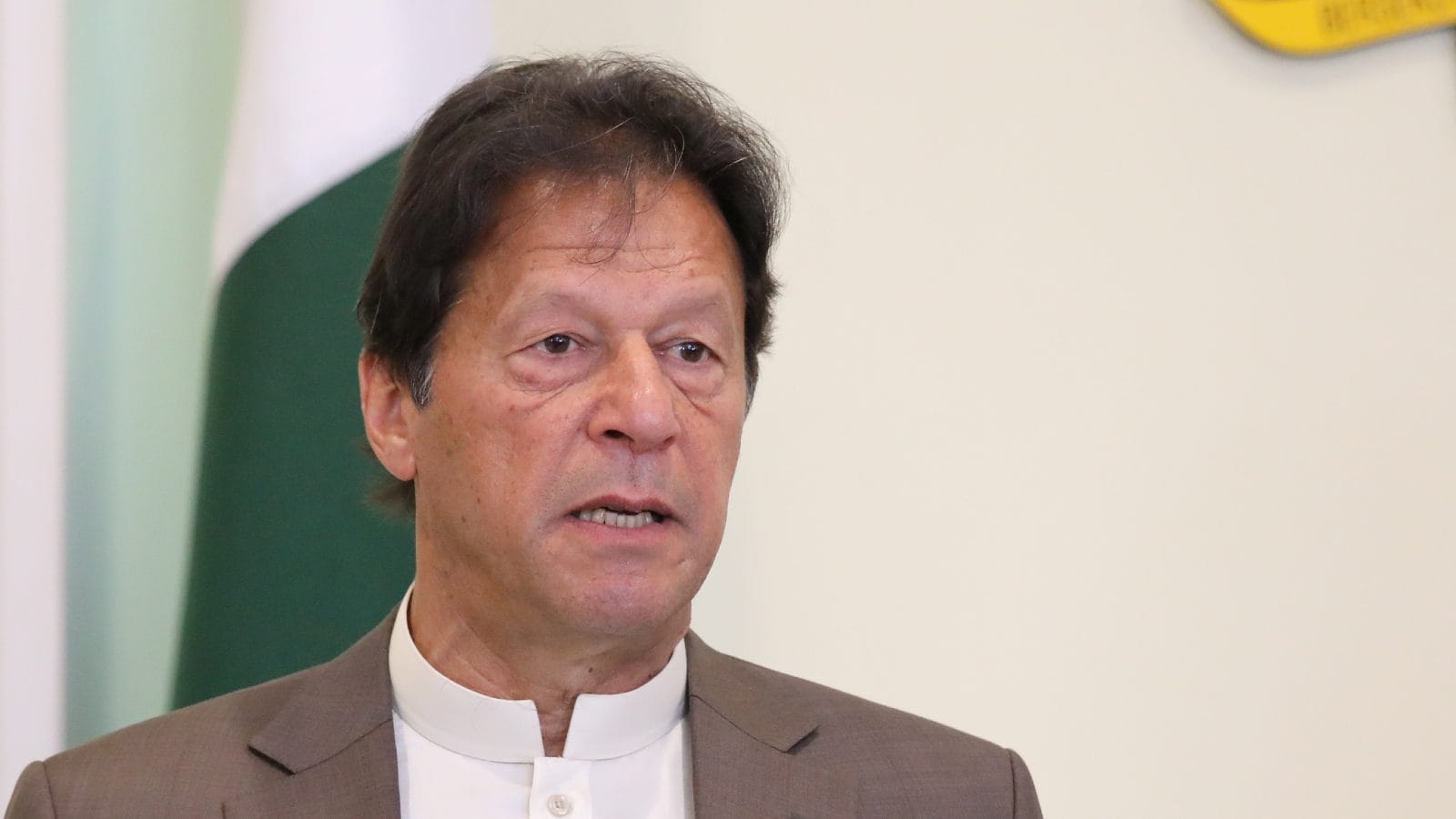 A day before, the former Pakistan PM threatened to file cases against the inspector-general of Islamabad and a woman magistrate during a public rally

Former Pakistan prime minister Imran Khan on Sunday was booked for allegedly issuing threats to state institutions and making provocative statements during a public rally. The Pakistan government was considering action against Khan, who had threatened to file cases against a top police official and a woman magistrate at a public rally in Islamabad.

A case has been registered against Khan under the Anti-terrorism Act. While addressing a rally on Saturday, Khan threatened to file cases against top police officials, a woman magistrate, Election Commission of Pakistan and political opponents over the treatment of his aide Shahbaz Gill, who was arrested sedition charges last week.

According to exclusive details accessed by CNN-News18, Khan has been booked under Section 7 of the Terror Act by Islamabad police. The FIR stated that he threatened the inspector general of police in Islamabad and female magistrate on August 20.

CNN-News18 had earlier reported about the speech in which Khan had issued the threats against the IG and magistrate.

The Pakistan government was already considering filing a case against the ex-PM. At a press conference earlier in the day, Pakistan’s interior minister Rana Sanaullah said the government was mulling over the matter and was holding legal consultations before moving against Khan.

According to the government, the chief of the Pakistan Tehreek-e-Insaf has continued a trend of targeting institutions, especially directing his comments at the army. Sanaullah said this was a continuation of a campaign after Lasbela incident when six army officers were killed followed by Gill’s attempt to incite army ranks to go against their top command.

The interior ministry prepared a report on Khan’s latest speech and held consultations with the advocate general and the law ministry before making a final decision.

Did Nostradamus Predict Queen’s Death? Book on Astrologer Sells Like Hot Cakes, Has News on ‘Unexpected King’ Too

‘Did not break law’: Assam CM after police complaint filed against him, Sadhguru for Kaziranga night jeep safari