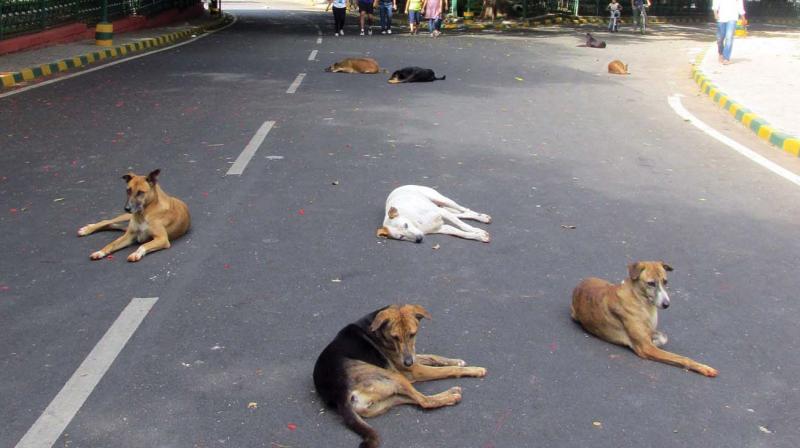 Hyderabad: The Telangana High Court directed the Animal Welfare Board (AWB) and urban local bodies (ULBs) to open birth control centres for dogs in municipalitities which lacked them, within three months.

A division bench comprising Chief Justice Satish Chandra Sharma and Abhinand Kumar Shavili issued the direction while dealing with a batch of petitions and PILs to declare the action of the authorities in culling the stray dogs instead of setting up animal birth control (ABC) centres, as illegal and in violation of the principles of natural justice.

One of the petitioners, animal rights activist Sree Ramya, had questioned the killing of hundreds of dogs and dumping of their carcasses in landfills.  She stated that municipal authorities were not doing their mandated duty of sterilising stray dogs and returning them to their original location.

Counsel for petitioner Dominic Fernandes argued that many municipalities do not even have animal birth control centres, which was the root cause for the culling of dogs.

The government submitted that the AWB and the department of animal husbandry were monitoring the implementation of the Prevention of Cruelty to Animals Act. The animal cruelty cases would be looked into by the local veterinary animal husbandry officer, who would provide a report to initiate action against the accused. The government also stated that a proposal was in the pipeline to set up five-acre animal shelters in the districts through the Collectors as part of the implementation of Prevention of Cruelty to Animals Act to take care of the abandoned animals.

Counsel for the petitioner told the court that the ULB staff were killing strays by poisoning their food.