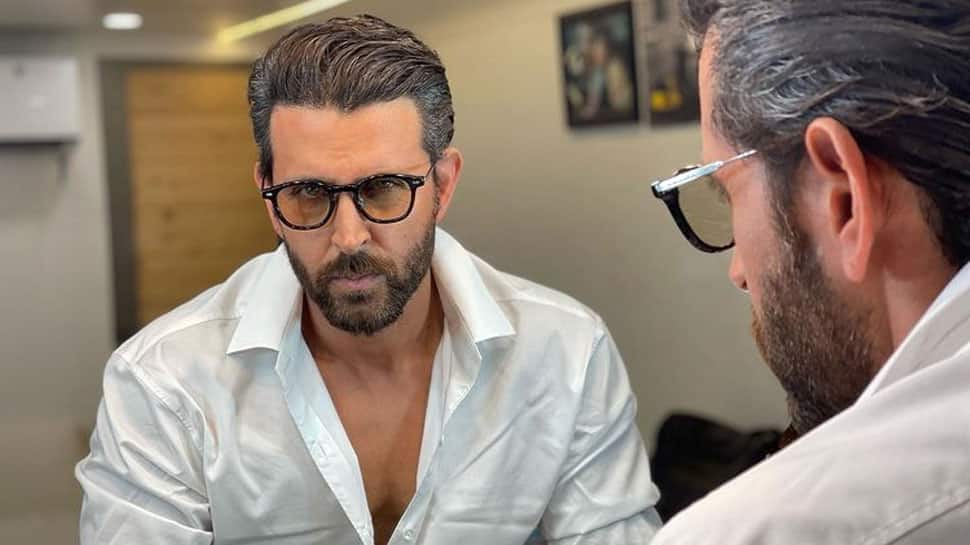 New Delhi: Desi Greek God, Hrithik Roshan has a massive fan following who love to check out his social media pages for regular updates. And we must say that he never really fails to give us major style goals! Hrithik looks handsome in every avatar on and off-screen. He recently took to social media to share the latest look from the summer style book where he can be seen donning grey T-shirt as he gives alpha vibes.

Fans cannot get enough of Hrithik Roshan’s hot looks as the actor shares a snap on social media. He posted his last beard look and now summer, no beard look. Taking to social media he shared, ‘oops’

A few days back at Karan Johar’s 50th birthday party, Hrithik teased his ‘beard look’ and received a big thumbs up from fans. Apart from the drop-dead gorgeous image what also piqued fans’ curiosity is that the superstar revealed how this would be his last post with the beard he had grown for Vikram Vedha.

The star recently took to social media and announced the wrap of one of the biggest projects ‘Vikram Vedha’. The film stars Hrithik Roshan, Saif Ali Khan and Radhika Apte in lead roles. The shooting of this crime-thriller drama ‘Vikram Vedha’ has finally come to an end. Post-production works are now in full swing and ‘Vikram Vedha’ is set to have a massive worldwide theatrical release on September 30, 2022.