One Site, 95 Tons of Methane an Hour 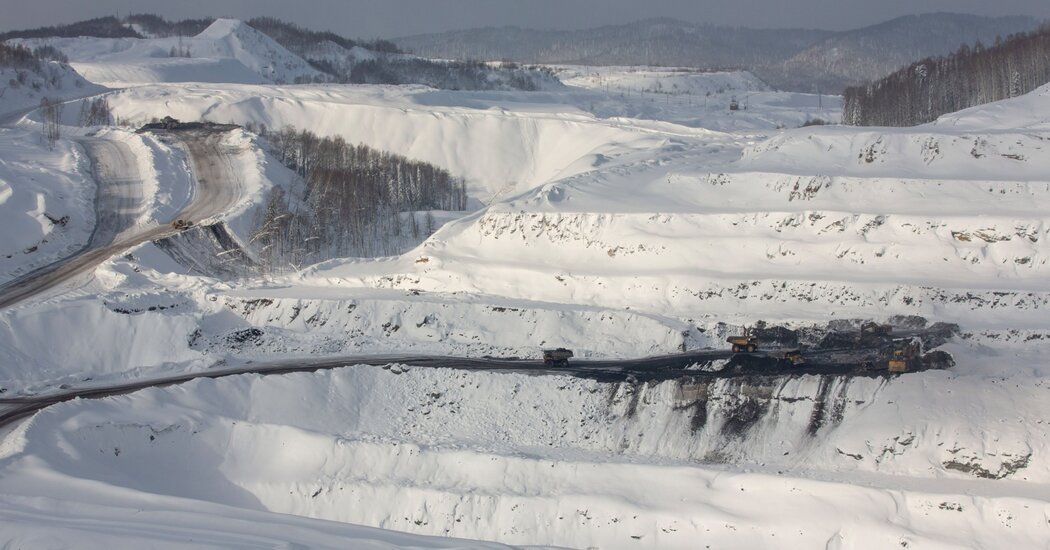 A remote-sensing satellite has detected one of the largest releases of methane from a single industrial site, an underground coal mine in south-central Russia. The finding is another indication of the scope of the problem of curbing emissions of methane, a potent planet-warming gas.

Thirteen plumes of the gas were observed at the Raspadskya mine, the largest coal mine in Russia, in late January during a single pass of a satellite operated by GHGSat, a commercial emissions-monitoring firm. The total flow rate from all the plumes was estimated at about 87 metric tons (about 95 U.S. tons) an hour.

“This is the biggest source we’ve ever seen,” said Brody Wight, director of energy, landfills and mines at GHGSat, which was formed in 2011 and now has six emissions-sensing satellites. By contrast, the highest rate measured at Aliso Canyon, a natural gas storage facility in Southern California that had a major leak for nearly four months in 2015 and 2016, was about 60 metric tons an hour.

“This is a really big fish,” said Felix Vogel, a research scientist with Environment and Climate Change Canada in Toronto who is not affiliated with GHGSat.

Mr. Wight said it was not known how long the releases continued at this rate at the mine. But several previous satellite passes had detected emissions in the tens of tons an hour. “We’ve seen a pretty steady increase in what’s coming from this site overall,” he said.

Were the flow continuous at 87 metric tons of methane an hour, total yearly emissions would be equivalent to those from five average coal-fired power plants, the company said.

Mr. Wight said that the releases were most likely deliberate, as the Raspadskya mine, like other coal mines, has naturally occurring methane-rich pockets amid the seams of coal. A buildup of methane at the mine in 2010 led to an explosion that killed 66 people.

To reduce methane concentrations, large fans draw air into and through the mine, ventilating the methane into the atmosphere.

Methane has more of an effect on warming than carbon dioxide, the major greenhouse gas emitted by human activities. Over two decades, methane can result in about 80 times the warming of the same amount of carbon dioxide.

Methane emissions are far lower than carbon dioxide emissions, and the molecules break down much more rapidly. But because of methane’s warming potential, reducing intentional or accidental emissions of the gas is seen as a way to more quickly limit global warming this century.

South Asia. India and other nations in the region, home to hundreds of millions of humanity’s most vulnerable, are on the front lines of climate change. As climatic extremes become the norm, it’s growing more difficult to address poverty, food security and health challenges.

Great Salt Lake. Local politicians and scientists are warning that climate change and rapid population growth are shrinking the lake, creating a bowl of toxic dust that could poison the air around Salt Lake City. But there are no easy solutions to avert that outcome.

At the global climate talks in Glasgow last fall, more than 100 countries pledged to cut methane emissions by 30 percent by 2030, although Russia and some other large emitters were not among them.

Until recently, precisely measuring emissions from specific industrial sites like mines, oil and gas production facilities and landfills could only be done using equipment on the ground or in airplanes. That limited the number of sites that could be studied.

While ground and airborne sensing is still conducted, satellites now can easily monitor much bigger areas. Most of these satellites have relatively coarse resolution, however, meaning that while they can detect gas over an area in volumes similar to or greater than that measured at the Russian mine, they cannot narrow the emissions down to specific sites. The GHGSat satellites are among a new generation with much finer resolution.

Dr. Vogel said that with these newer satellites, “We have tools now to allow us to get actionable information.”

“They allow you to really get down to the facility scale, to see specific parts of the facility where emissions are happening,” he said. “You can tell companies where to go to fix something.”

Top MacOS laptops in 2022: Other than gaming, excellent option for other uses

Sony phones under ₹20000: Keen on creativity? Go for these smartphones