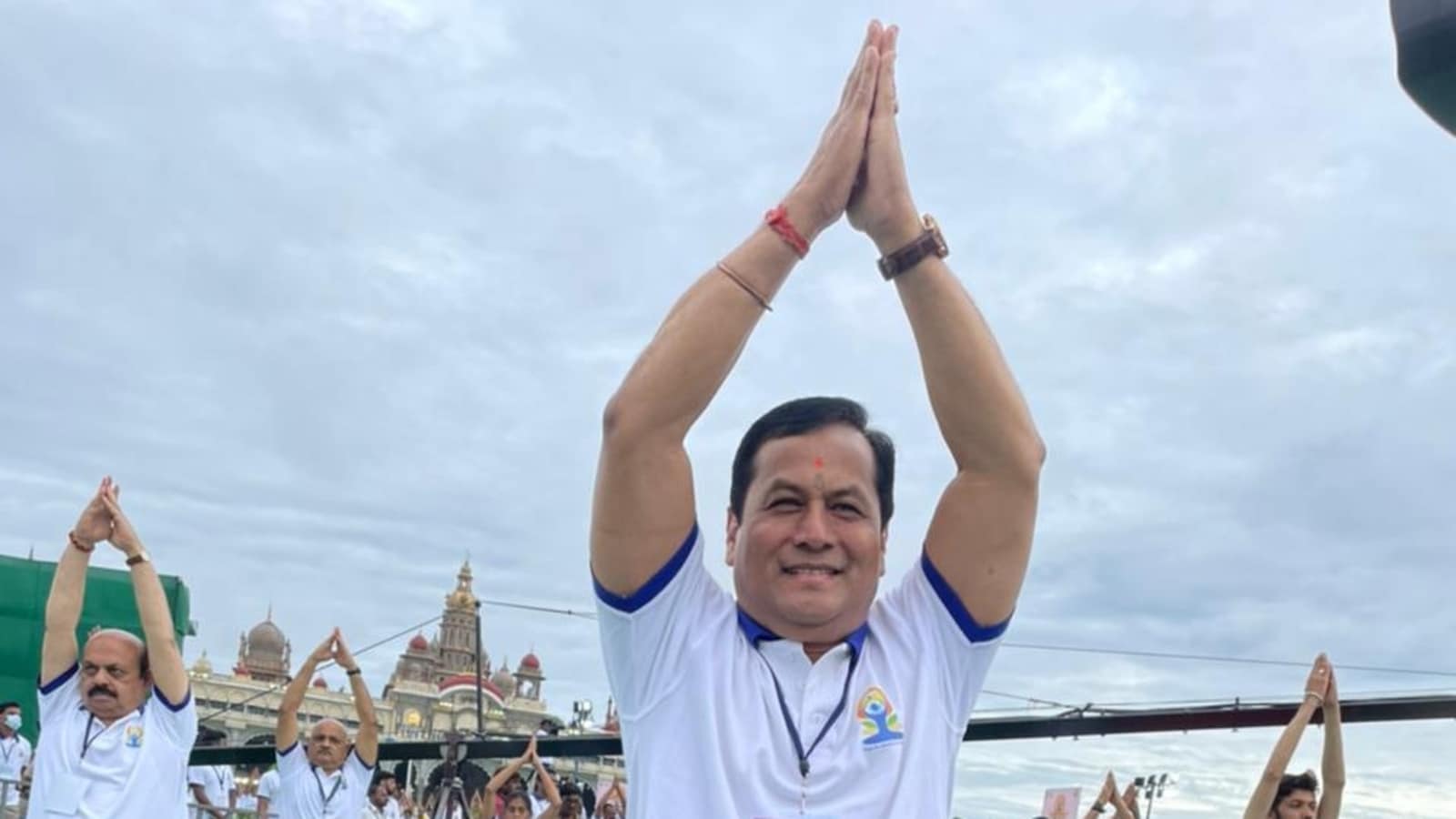 Union Ayush minister Sarbananda Sonowal on Tuesday hailed the international day of Yoga and expressed his gratitude towards Prime Minister Narendra Modi for promoting the ancient form of exercise globally. Stating that Yoga has “brought the world together in reshaping global values”, the Union minister said that it has been possible “only due to Modi”.

“Yoga has brought the world together, reshaping global values, and is bringing different healthcare systems closer. This beautiful movement of humanity towards a healthier and happier tomorrow was only made possible due to the vision and enabling role played by Honourable Prime Minister Shri Narendra Modiji in popularising and institutionalizing it at the global stage,” read a government release.

Speaking about the ‘success’ of the Yoga Day celebrations, Sonowal said, “We are extremely happy and proud that as many as 25 crore people from across the world are participating in today’s Yoga day.”

The Union minister, on behalf of his ministry, also expressed his “deepest gratitude” to his colleagues in the Union Council of Ministers, governors and all members of state governments, members of armed forces, foreign missions across the world as well as all volunteers “whose active participation made this year’s Yoga day a grand success.”

Modi led the International Yoga Day celebrations along with 15,000 yoga enthusiasts from the iconic Mysure Palace in Karnataka. The theme for this year – ‘Yoga for Humanity’ – is focused on ‘Brand India at Global Stage’ while showcasing its iconic places, a government statement said. In order to mark 75 years of Independence, 75 iconic sites were selected for the eighth edition of the Yoga Day.

The International Yoga Day saw several new initiatives, including the ‘Guardian Ring’ programme which is a collaborative exercise between 79 countries and United Nations organisations along with Indian Missions abroad to illustrate Yoga’s “unifying power,” said the government release.