On IndiGo flight, man asks to open window to spit gutka. What happens next 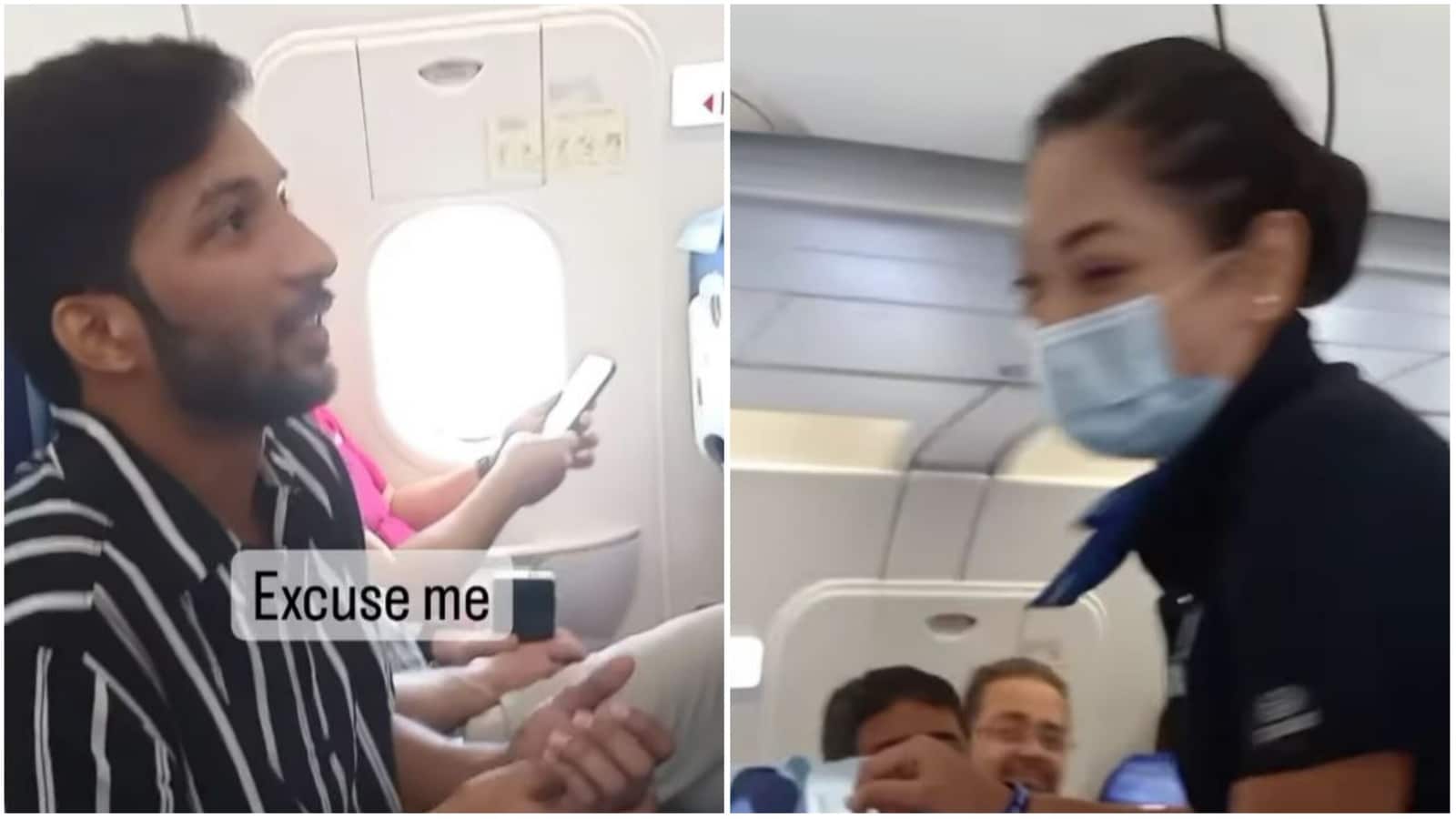 Amid recent mid-air controversies, this incident has finally brought some smiles to netizens. In a video, which went viral on social media, a passenger on an IndiGo Airline flight can be seen asking an air hostess to open the flight’s window mid-air so that he can spit his gutka. Uploaded on Instagram by user Govind Sharma asked people to “tag their gutka lover friend”.

Even the air hostess apparently could not stop laughing after hearing the passenger’s query.

“Excuse me, khidki khol dijiye, gutka thukna hai (open the window, I want to spit out gutka),” the passenger asked as seen in the video clip. To this, the air hostess burst out laughing, and the passengers around her joined in.

It appeared that the man was having a fun moment during the flight by asking to open the window. The video received some amusing comments, with one user saying, “Kanpur flights have upgraded this feature.”

This follows a recent incident in which Karnataka’s BJP MP Tejasvi Surya claimed that he accidentally opened the emergency exit door of an IndiGo flight. He later apologised for his actions.

IndiGo issued a statement on January 17 over an incident that occurred on January 10 and stated that a passenger accidentally opened the emergency door while the flight was on the ground and the boarding process was underway. The passenger immediately apologised for the error, and the flight was delayed, according to the airline, which did not name Surya.

Later, Tamil Nadu BJP president K Annamalai, who was on the IndiGo flight with Surya, claimed that no such thing occurred. “There was no hand rest on his seat. So he placed his hand on the door and then he noticed a gap in the door and showed it to me,” Annamalai said in Chikkamagaluru.

The statement came after Union civil aviation minister Jyotiraditya Scindia said the passenger opened the emergency exit by mistake and then apologised.