On camera, US cops beat, kick man outside store in Arkansas; suspended after outrage 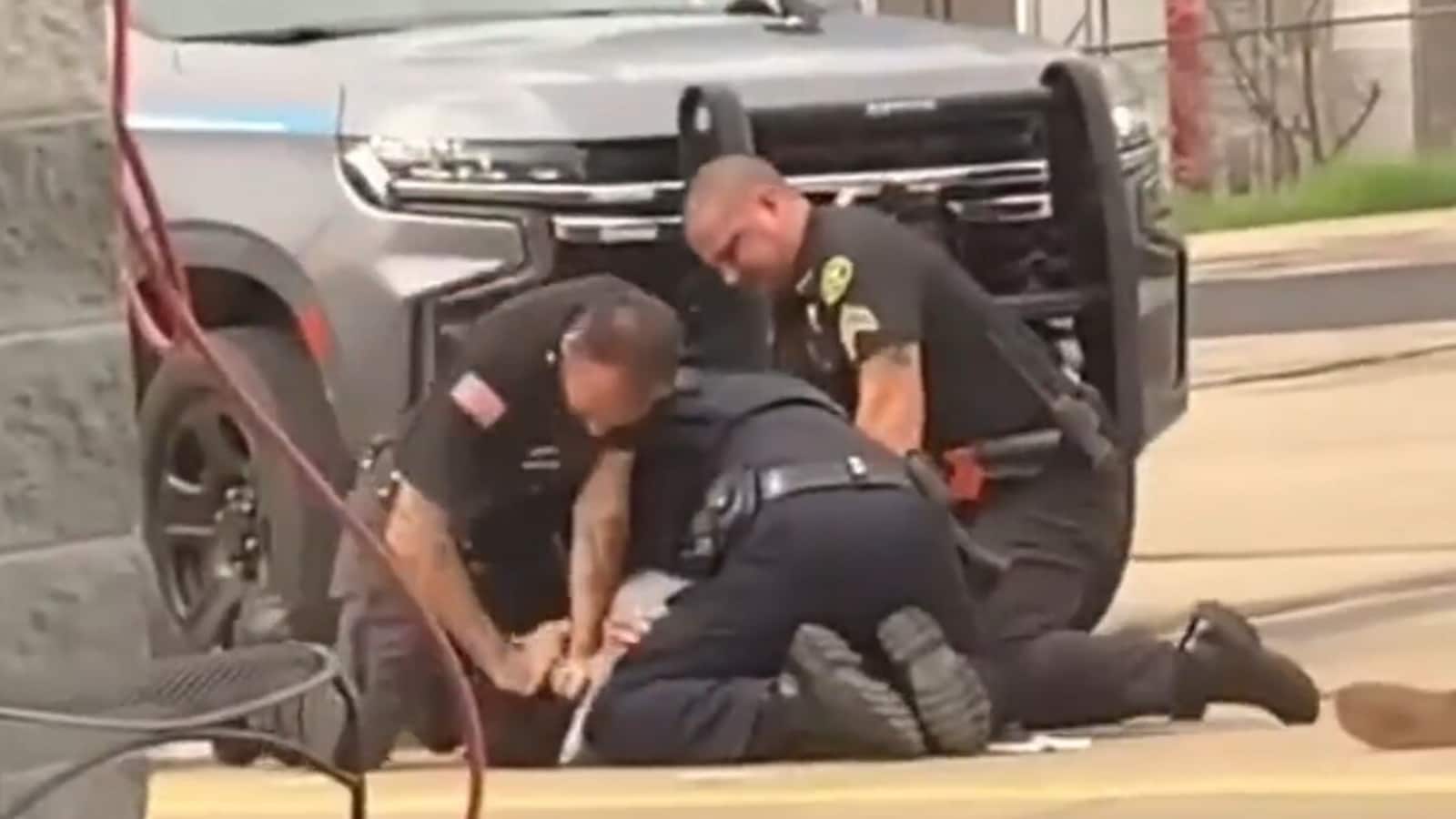 Three law enforcement officers in the American state of Arkansas were suspended Sunday following a massive outrage on social media platforms over a viral video that showed a suspect being pinned down and beaten up brutally on a roadside.

The incident happened around 10:40am local time outside a convenience store in Mulberry, Crawford County in Arkansas state. The video showed the three men – one can be seen repeatedly punching the ‘suspect’ with a clenched fist and banging his head to the ground, another is seen kneeing him, while the third officer was holding him down. One of them even pointed at the camera and signalled to stop recording.

The man was allegedly arrested for making threats to a store employee in the city. According to a report in the Associated Press, police said that when the officers confronted the man, he pushed a deputy to the ground and punched the back of his head, leading to his arrest as seen in the video.

The two county deputies were suspended by the Arkansas state police following an investigation into the incident, while the third person in the video, a Mulberry police officer, was also suspended.

“I hold all my employees accountable for their actions and will take appropriate measures in this matter,” Crawford County sheriff Jimmy Damante said. The officers involved are on leave until the outcome of the investigation, a police statement read.

The unidentified man was arrested and taken to a local hospital. After his release from hospital, the man was jailed over charges of terroristic threatening, resisting arrest and other assault charges, police said.

Arkansas governor Asa Hutchinson took to Twitter on Sunday night to say that the incident will be investigated “pursuant to the video evidence and the request of the prosecuting attorney”.

“I have spoken with Col. Bill Bryant of the Arkansas State Police and the local arrest incident in Crawford County will be investigated pursuant to the video evidence and the request of the prosecuting attorney,” he said.

The Crawford County prosecuting attorney will determine whether the use of force by the police officers was consistent with Arkansas laws.

(With inputs from Associated Press)

Ukraine soldier before and after Russian captivity in striking photos