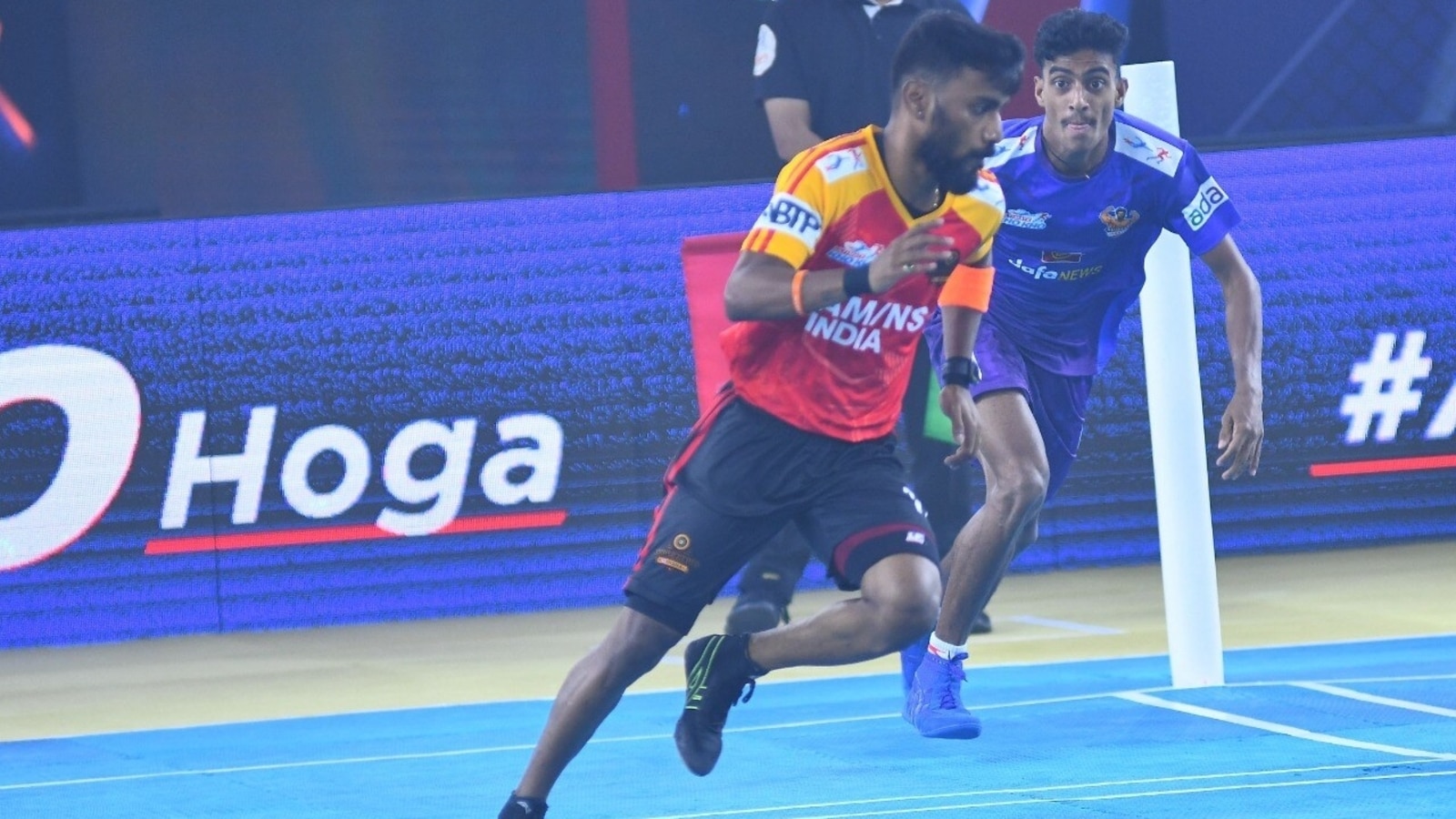 Odisha Juggernauts’ Dilip spent four minutes and 33 second while Vishal defended for three minutes four seconds to win a thrilling match by three points. It was Odisha Juggernauts’ third win in the league as the match ended with a 50-47 score.

However, in the second match of the day, Sachin Bhargo and Arun Gunki scored 11 points each while Rokeson Singh grabbed 10 points as Telugu Yoddhas secured a comfortable 38-point win against Rajasthan Warriors.

Aiming to bounce back after a loss in their last game, Telugu Yoddhas began the match aggressively by scoring 44 points in the first innings compared to Rajasthan Warriors’ 24.

Though Rajasthan Warriors, hunting their maiden win, tried scoring some points but Telugu Yoddhas extended their dominance in the second innings as well and grabbed 35 more points to take the target visibly out of reach of their opponents with a strong 79-24 lead with just final seven minutes left.

Telugu Yoddhas did enough in the final turn and bagged a win in the end without breaking a sweat with 83-45 score.

League’s top attacker Majahar Jamadar once again shone brightly for Rajasthan Warriors with 13 points by dismissing five defenders but the skipper couldn’t save his side from ending their winless run in the season.

Earlier in the first encounter, Vishal earned his team four bonus points while defending for more than three minutes after Odisha Juggernauts chose to start the game with defence. However, Gujarat Giants took a 22-4 lead after the opening turn.

Odisha Juggernauts, however, foughtback well as they added 24 more points in the attack to end the first innings at a 28-24 lead.

In the third turn, Dilip stood solid in defence for Odisha Juggernauts and showcased brilliant defensive skills by spending three minutes and 32 seconds and adding six bonus points. In the first turn he had defended for more than one minute.

For Gujarat Giants, all-rounder Abhinandhan Patil scored six points to surpass Mumbai Khiladis’ Durvesh Salunke (30 points) to be the top wazir of the league so far with 35 points.