NREDCAP to set up EV charging stations in Tirupati, Tirumala 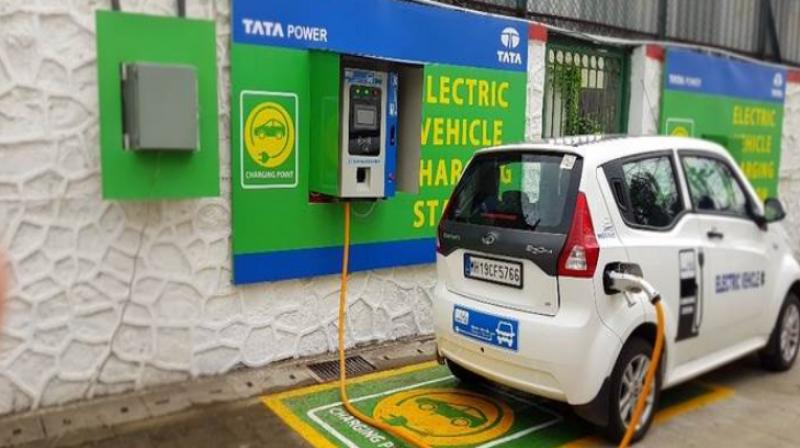 Promoting green mobility, the TTD trust board, under the chairmanship of Y.V. Subba Reddy, passed a resolution (Res. No. 52) in this regard, after it decided to allot open spaces to NREDCAP for a period of three years. The e-charging and battery swapping stations will come up at two vital locations, Alipiri tourist bus stand in Tirupati at an extent of 1,000 sq. ft. and the parking area behind Mahalakshmi Nilayam (potu workers building) in Tirumala at an extent of 1750 sq. ft.

As per the resolution, TTD will soon enter into a tripartite agreement with the NREDCAP and charge point developer (CPD) on revenue sharing basis at Rs 2.55 per KWh of power consumption by EVs offered by NREDCAP, as per the guidelines issued by Central government for establishing e-charging stations. The temple body also exempted the NREDCAP from depositing a security amount for allotting spaces.

This is the first time TTD is entering in a revenue sharing model and a tripartite agreement, as there are no such precedent cases in the institution as of now. As per the existing procedure, TTD premises are allotted to any institution on a nomination basis on payment of rent as fixed by the TTD engineering wing and security deposit amounting to six months of licence fee is being collected from the licensee.

However, as per the guidelines issued by the Centre for the establishment of charging infrastructure for electric vehicles, there is no provision for collection of security deposit. The VC & MD, NREDCAP, in his letter to TTD, also highlighted this and said that the guidelines of ministry of power stated that charging infra shall be developed in government and private places on revenue sharing basis to land owner departments with a floor price of Rs 1 per KWh power consumed by user. However, he said, the NREDCAP issued EOI, discovering the revenue sharing amount to TTD at Rs 2.55 per KWh power consumed.