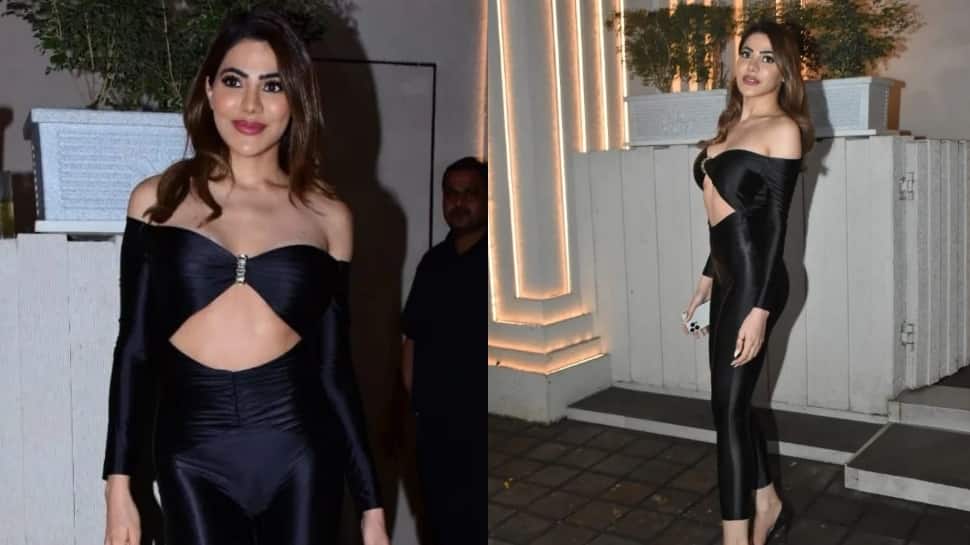 New Delhi: Nikki Tamboli celebrated her birthday on Sunday in a cat-woman suit and it has now taken over the internet. Netizens are brutally trolling the ‘Khatron Ke Khiladi’ contestant for her outfit and comparing her with Urfi Javed.

Nikki turned 26 on Sunday and hosted a birthday party for her close friends at Akina, Mumbai. She wore a black cat-woman suit and fans are not liking it. The actress posed for the paps on her way to the restaurant and on the video shared by paparazzo Viral Bhayani, netizens have flooded the comment section with not-so-nice comments.

One user wrote, “Dress designed by Urfi,” the other one commented, “Dusri Urfi.” Some also noticed the nose job she has had recently and trolled her for it too. One wrote, “She has done nose surgery! (Rhinoplasty) we can see actually,” the other wrote, “Nose surgery gone wrong”

Nikki became a household name after participating in ‘Bigg Boss 14,’ she was also a contestant in ‘Khatron Ke Khiladi 11.’ She has been in many music videos and has a fan following in millions. She also appeared in the Tamil film ‘Kanchana 3.’