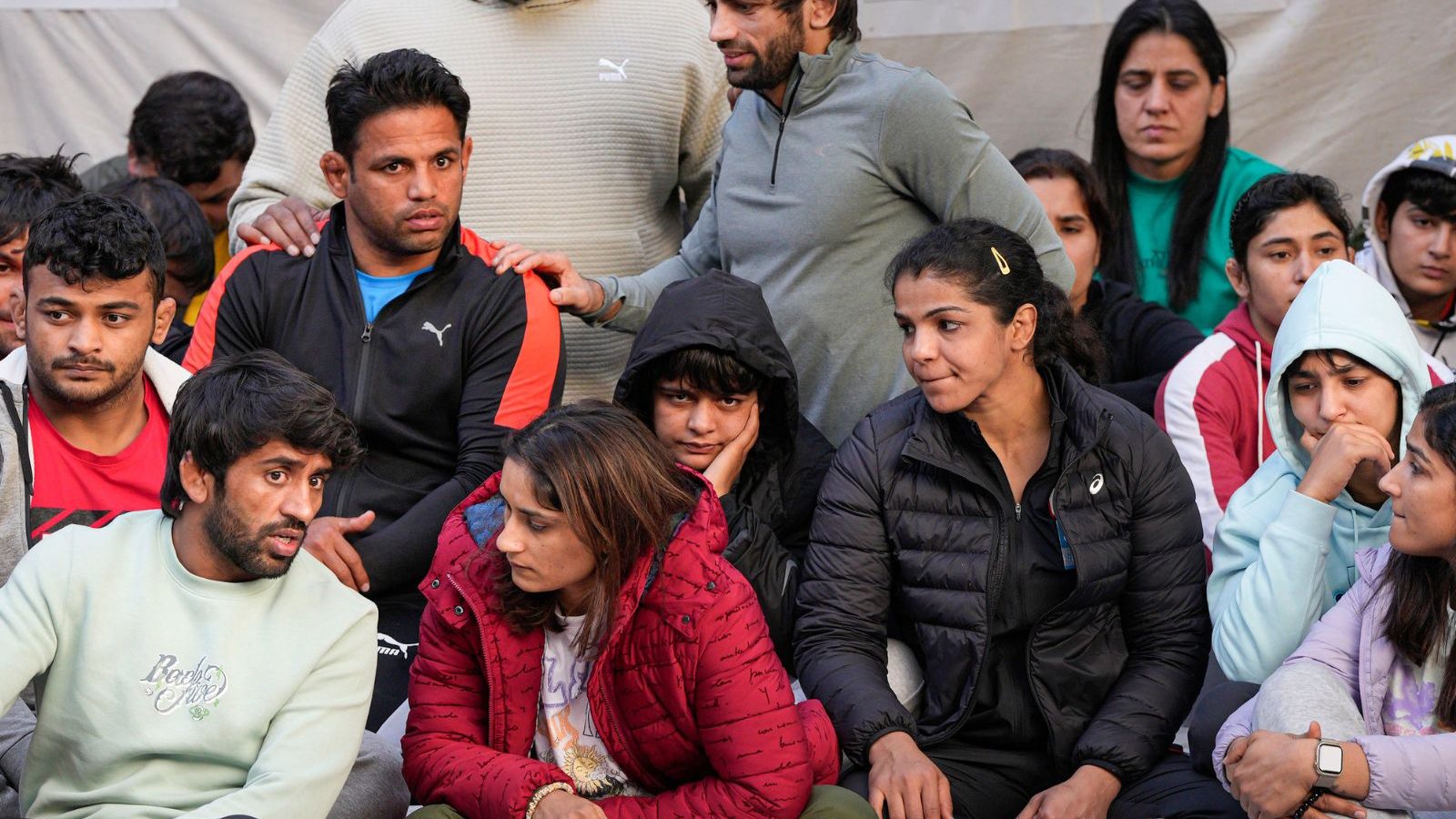 Wrestlers Vinesh Phogat, Sakshi Malik, Bajrang Punia and others during their ongoing protest against the Wrestling Federation of India (WFI), at Jantar Mantar in New Delhi, Friday, Jan. 20, 2023. (PTI Photo)

Swedish Far-right Leader Burns Quran; All About Rasmus Paludan & Why His Move Has Drawn Turkey’s Ire; ‘Spoke to SRK at 2 AM…’: Assam CM Sarma After ‘Who is Shah Rukh Khan’ Remark Ahead of ‘Pathaan’ Release & more stories.

‘Spoke to SRK at 2 AM…’: Assam CM Sarma After ‘Who is Shah Rukh Khan’ Remark Ahead of ‘Pathaan’ Release

Aday after Assam Chief Minister Himanta Biswa Sarma said who is Shah Rukh Khan after reporters raised questions on violence at a theatre where SRK’s ‘Pathaan’ will be released, CM Sarma wrote on Twitter that he spoke to Shah Rukh Khan over the actors concerns in connection to the release of his film. READ MORE

From Tax Exemption To Rural Push, Here Are Key Expectations From Budget 2023

The Budget 2023 is set to be tabled in Parliament by Finance Minister Nirmala Sitharaman on February 1. There are some expectations from people across sectors, with individuals also expecting tax relaxations. This is the last full Budget of the current tenure of the government. READ MORE

The Narendra Modi government has already issued directions for blocking multiple videos to YouTube and Twitter posts sharing links to the controversial BBC documentary “India: The Modi Question”, according to sources. READ MORE

Swedish Far-right Leader Burns Quran; All About Rasmus Paludan & Why His Move Has Drawn Turkey’s Ire

The protests in Stockholm on Saturday, which included the burning of Quran by an anti-Islamic extremist, drew international condemnation and heightened tensions with Turkey. Turkey on Saturday cancelled a planned visit by the Swedish defense minister over the demonstration. Turkish officials also condemned the permission granted to Rasmus Paludan, a right-wing Swedish-Danish politician, to stage a protest Saturday in front of its embassy in the Swedish capital. READ MORE

Avengers actor Jeremy Renner shared his health update along with a shocking detail days after his snow-plowing accident. The actor was admitted to the ICU after he underwent surgery post the weather-related accident. Sharing a photo of a person, seemingly his doctor, helping him to move his leg, he penned a long note. READ MORE