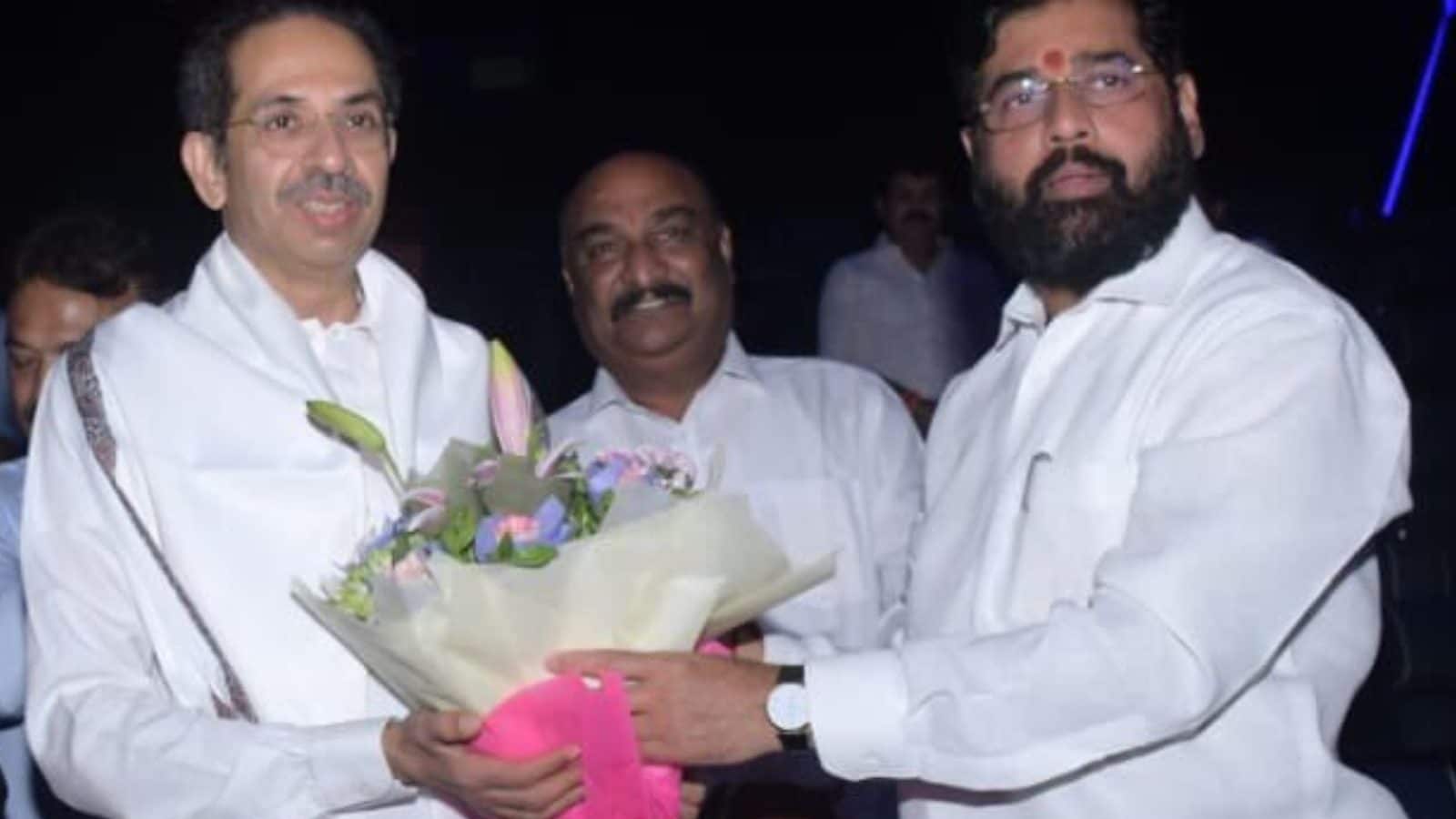 From offering to step down as chief minister to make way for rebel leader Eknath Shinde, controlling overbearing Shiv Sena leaders, advising son Aaditya to back off for a bit and sending emissaries to cajole and convince the ‘aggrieved ‘ leader, Uddhav Thackeray has tried every possible option to bring Shinde back to the fold and ensure his government remains safe.

But the lure of political arm-twisting and horse-trading is much more powerful, leaving Shinde a few options to make a final decision on his political career.

Shinde is said to have the support of around 40 rebel MLAs, including three ministers of the Sena-led coalition government, and is stirring up a rebellion that could cause the Sena to break up, say sources.

The question is, will Shinde be able to bring down the Uddhav Thackeray-led MVA government? The answer is in the anti-defection law which mandates that there needs to be a two-third majority so that it does not attract disqualification proceedings.

Here are some possible options in front of Shinde:

Just like former Karnataka chief minister and senior BJP leader BS Yediyurappa split from the BJP to form the Karnataka Janata Party, a political outfit of rebel BJP MLAs, Shinde too could float a party with the rebels. It could be part of his effort to show his support and MLA strength to his parent party and the MVA.

The Shiv Sena’s current strength is 55 MLAs in Maharashtra’s 288-member assembly, and to bring down the government, Shinde would need at least 37 MLAs on his side. At present, his numbers are close to 40, by his own admission. If Shinde plans to float an independent party, he would also have to cause a major rebellion within the Sena, leading to mass defections. This party, insiders say, will not be possible as Shinde will not be able to garner numbers in his favour.

While joining hands with the BJP to allow the party to come to power may be an option, Shinde is clear that he would not be eligible to become the chief minister if he supports the BJP. A senior Maharashtra BJP leader said that if at all the Shinde team and the BJP needed to work, his team would have to merge with the BJP.

That too, Shinde’s camp would not approve of as they are more in favour of supporting a BJP government from the outside if need be. Maharashtra BJP president Chandrakant Patil had also sent a group of BJP leaders to meet Shinde in their “personal capacity”. Patil also stated that they were “open to considering” forming a government with Shinde if he proposed so. However, Sena leader Raut dismissed this, saying Shinde would not do so.

Another option in front of Shinde would be to form an independent party under the name of Anand Dighe, Shinde’s political mentor and a Shiv Sena stalwart, who passed away in 2001. If Shinde plans to do this, it would be to hurt the Shiv Sena’s image and seek re-election. This could be an option if he is unable to gather enough numbers in his favour but would like to make a “political statement”.

CT Ravi, BJP’s national general secretary, said: “The MVA alliance in Maharashtra is an unsuitable one. We have been saying this from day one.”

Speaking to News18 about the development, Mumbai-based political analyst Pratap Asbe said Shinde took the step to highlight his grievances and is in full knowledge that he does not have adequate MLAs supporting him.

“If he wanted to break away from the Shiv Sena and was confident about his MLAs, he would have done that on Tuesday itself. By not doing so, it is a clear indication that he is negotiating with the party. Shinde needs at least 37 MLAs to rebel,” Asbe said.

He added: “In my opinion, since he has kept his communication channel with Uddhav Thackeray open, I think this drama will continue for a couple of days and then Shinde may come back to the Sena after some tough negotiations and bargaining. Shinde has the option to resign from the party but he will have to ensure it is en masse if he wants control of the situation.”

Telangana SSC results out, over 90 per cent students passed