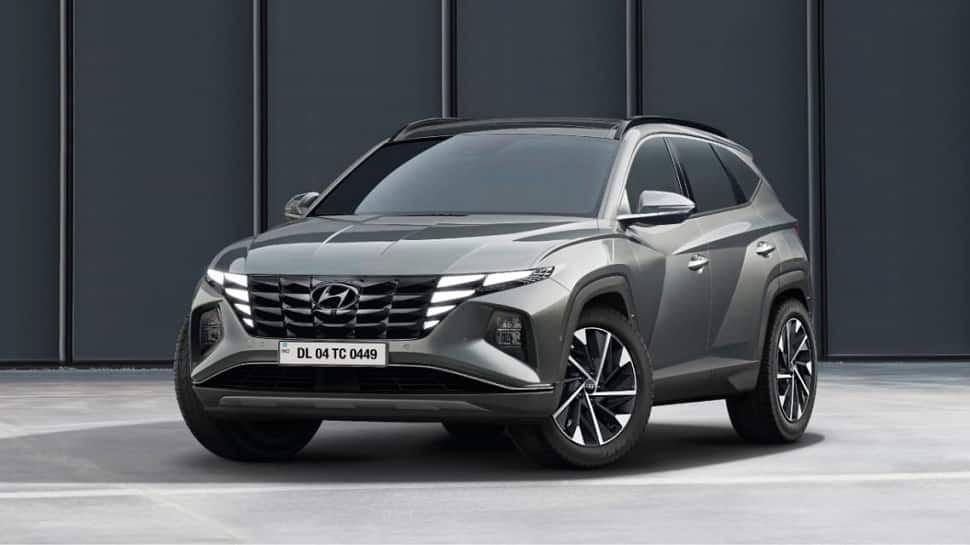 With the increasing craze for SUVs among Indian buyers, carmakers are also betting big on this body style. Hyundai confirmed that it will be launching the new-gen Tucson in the Indian market by the second half of this year. Recent reports confirm that the South Korean carmaker is preparing to launch the new-gen Hyundai Tucson in the Indian market by August this year. The SUV is slated for an official unveiling on July 13. The Tucson will sit in the Hyundai’s line-up as its flagship offering. Once launched, it will rival the likes of Jeep Compass and Citroen C5 Aircross.

The new-gen model gets sharper styling cues in comparison to the outgoing version. The all-new Hyundai Tucson features a colossal-sized grille, designed on the baselines of the Parametric Jewel theme. The grille further incorporates LED DRLs, whereas the main headlamp cluster sits on the lower portion of the bumper.

The 2022 Hyundai Tucson dons super-sharp lines and creases around the sides. The window area is large too, and the wheel arches take a hexagonal approach here. The rear-end also continues with this theme of razor-sharp elements.

The dashboard layout of the 2022 Tucson is posh as well. An all-digital instrument cluster will be available, along with a large touch screen infotainment unit. Also, an uncluttered design for the AC vents is used, which makes the cabin feel posh in every sense.

In the international markets, the 4th-generation of the Tucson is on sale with a 2.0L petrol motor and a 2.0L oil burner. While the former comes mated to a 6-speed AT, the latter is sold with an 8-speed AT. Similar engine options are assumed to be seen on the all-new Tucson, here in India.

Route Mobile Tanks 7% After Board Clears Buyback; What Should Investors Do Now?