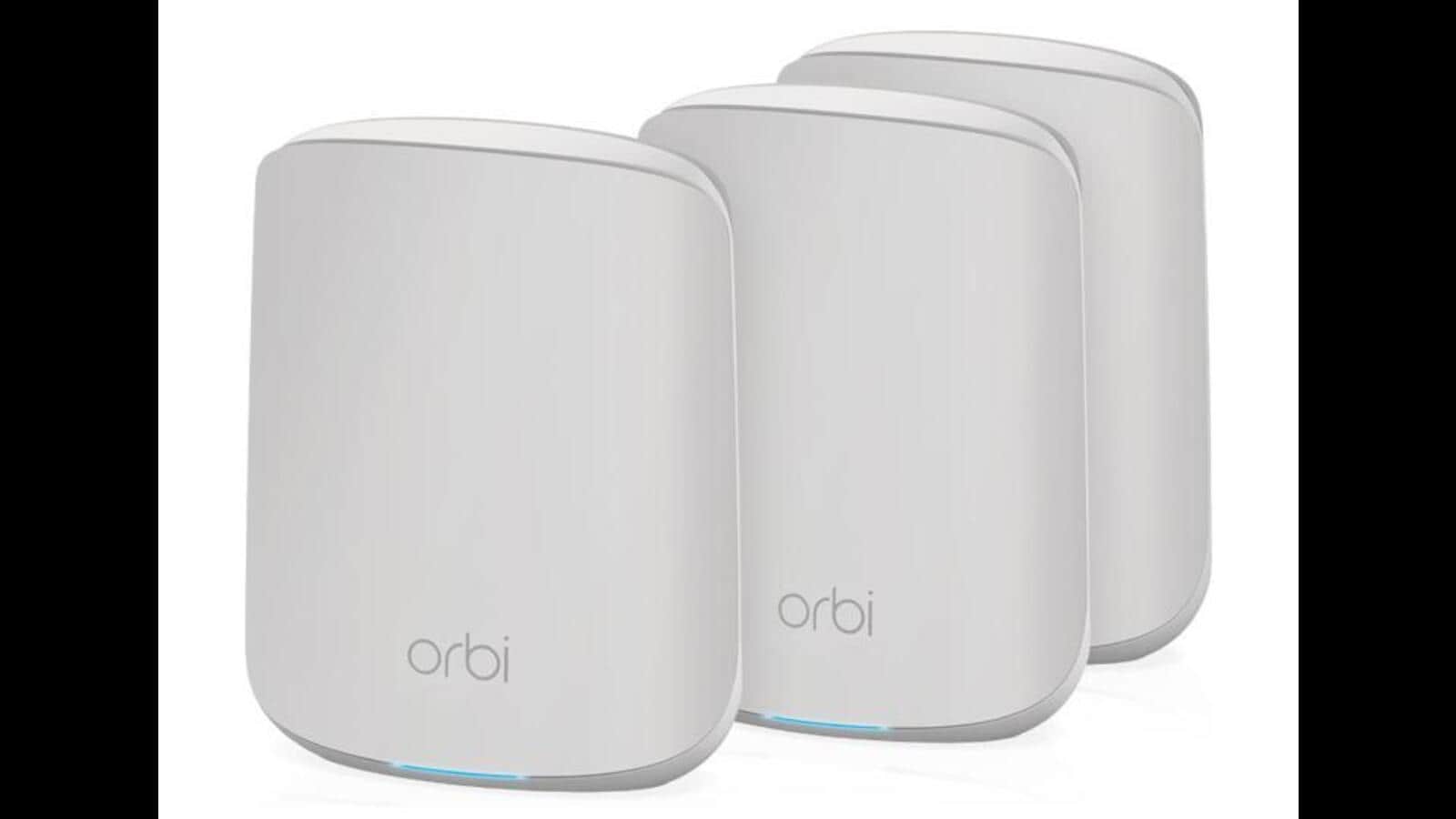 There are times when a conventional Wi-Fi router just doesn’t cut it as there just isn’t enough range to cover the farther corners of the house. Not just in large houses, even in apartments, interference from neighbors’ Wi-Fi networks and appliances such as cordless phones and microwaves degrade your own router’s range significantly, so do thick walls. If the bedroom or the study room don’t get proper range for your PC or phone, that’s where a mesh system comes into play.

What is a mesh system and how is it different from adding an ‘extender’ to your Wi-Fi network? An extender is nothing but a signal booster for Wi-Fi, and depending on configuration, it will suffer from significant bandwidth loss. If all your extender can relay is around 40Mbps, then the purpose of paying for a 200Mbps internet line gets defeated instantly. File downloads and uploads will be slow, video calls will be buffering all the time and overall connectivity quality will be patchy at best.

With a mesh, the main node (the one connected to the internet line) and satellites interact on dedicated channels (these can be placed near the otherwise dark internet zones in your home), have many more antennas for extended range, therefore do not lose any bandwidth in the process. You’ll likely get the same speed when your PC or phone is connected with a satellite, as it would when connected with the primary node.

Your choices are aplenty, with the likes of Netgear, Linksys, Ubiquiti’s AmpliFi brand, D-Link and Moto making Wi-Fi mesh systems, to name a few. But not many have a range as wide as Netgear, which improves your chance of finding a combination that works best for your home size.

The Netgear Orbi RBK353, the one we are reviewing here, is a triple device mesh system, which means a primary router node and two satellites that you can place around the home to extend the envelop of Wi-Fi coverage. There’s also an RBK352 that is a dual device system for slightly smaller indoor spaces.

The maximum claimed range is 3,720 square feet of indoor space, but it’ll vary depending on the layout and thickness of walls. This has a top speed of 1Gbps, which makes it compatible with the fastest broadband lines for homes in India, for now. Having used Netgear mesh systems earlier too, it was a familiar experience setting this up. The Netgear app (for Android phones and the Apple iPhone) is one of the slickest in the mesh business – you’ll get a step-by-step walkthrough to getting this up and running, and then for connecting each satellite.

However, there is one hard limitation that the Netgear Orbi RBK353 system has – each separate unit is pre-specific to a task, either as a router node or a satellite. Unlike some other systems, such as the Linksys Velop, which allow you the complete flexibility of choosing any device for any task. It is a bit perplexing, but that is perhaps where Netgear is saving on cost by eliminating certain ports from the satellite units.

Nevertheless, no costs seem to have been cut on performance for the most part, and the overall functionality list. In fact, this has Wi-Fi 6 ticked off, and your newer devices (that’s smartphones and laptops included) will get the advantage of wider bandwidth for better speeds. On our 200Mbps line, which always delivers 220-240Mbps speed, the Netgear Orbi RBK353 didn’t take anything away on that front. Neither at the primary router unit, nor with the satellite. It is hard to get the exact numbers all the time because a variety of factors have a bearing on the internet speed, but to get close to full speed that you are paying for, even in the farthest corners of the indoor space, is undeniably impressive.

In terms of getting this going, there is really very little complication. The same Wi-Fi name, also called SSID, is adopted by the 2.4GHz and 5GHz bands. Your devices will keep switching between these depending on distance and traffic load – you’ll not notice any change as it happens. Yet, it has to be noted that the Netgear Orbi RBK353 system is missing a dedicated back haul channel for communications between the router node and the satellites. It’ll use the same traffic lines as you and the internet, but for all intents and purposes, we didn’t see this cause any strain on connectivity even with more than 21 devices connected (including two TVs streaming Netflix in 4K, simultaneously).

We aren’t very convinced about the subscription service, powered by BitDefender, which adds anti-virus, anti-malware, and smart device protection features. In the time we had it active for the trial period, not one smart home device gave any red flags, and neither were there any alarm bells for malware. Not to say the service doesn’t work (it must be just that we didn’t get any attacks), but if your computing devices and phones are protected anyway, the utility further erodes.

The thing is, for ₹17,499 (RBK352, with two nodes) and ₹25,999 (RBK353, with three nodes), you are indeed spending money on what is arguably one of the slickest home mesh systems for Wi-Fi. The ‘work from home’ era has taught us that unreliable internet connectivity is absolutely not acceptable. While your internet line may be fine, it could be your router that’s just not capable of giving a wide range in your house.

A Wi-Fi mesh system isn’t only for large homes. Medium apartment sizes too can do very well with a two- or three-unit setup.