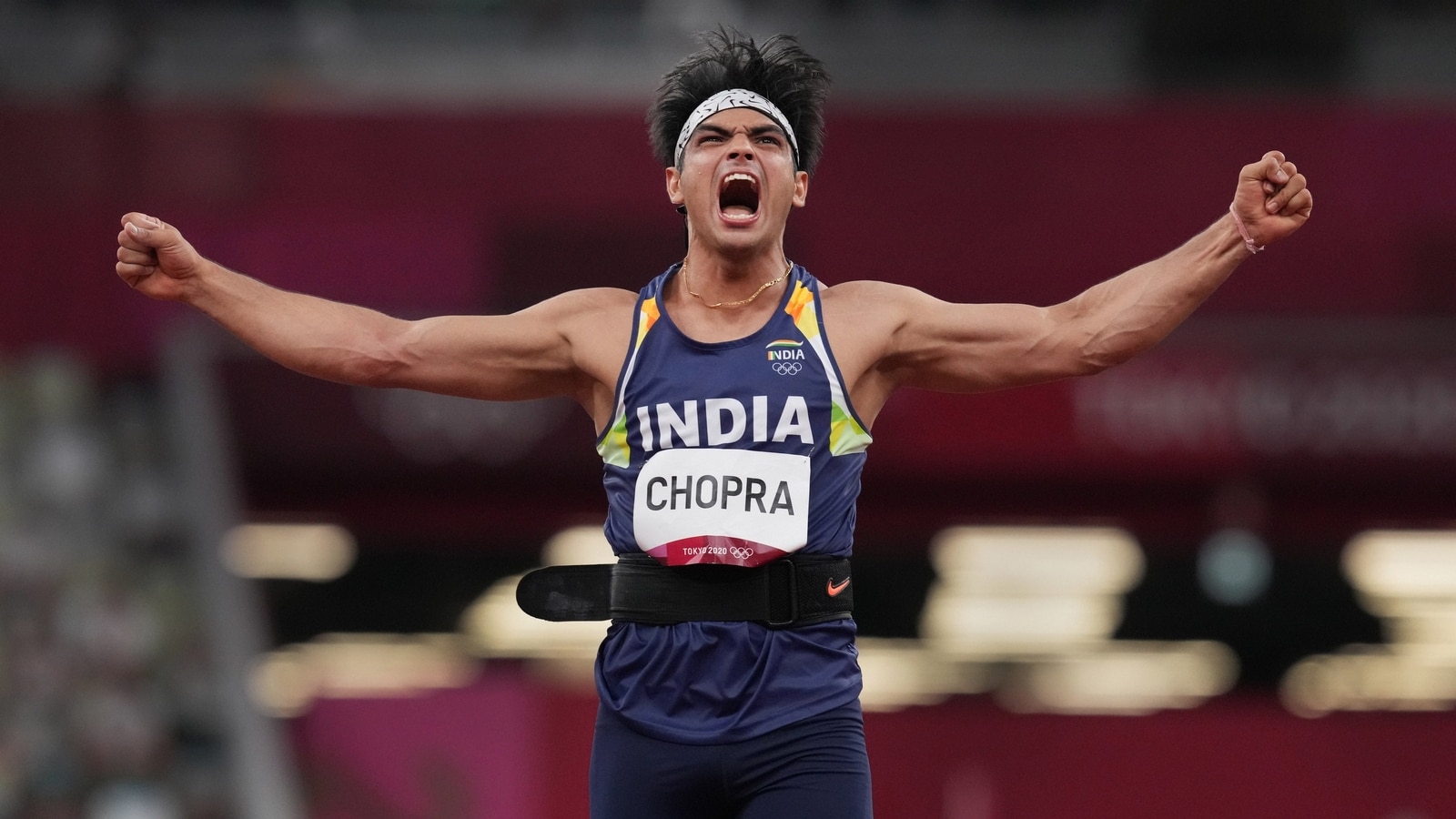 Neeraj Chopra will make his long-awaited comeback since the Tokyo Olympics victory at the spiritual home of javelin, Finland. The 24-year-old will take part in the competition on Tuesday at the Paavo Nurmi Games in Turku. Chopra landed independent India’s first Olympic medal in athletics with an effort of 87.58m on a humid night at Tokyo’s National Stadium.

After a long build-up, Chopra will test himself in a strong field. Leading the list is Grenada’s world champion Anderson Peters, who is on a hot streak with his nine best throws coming this season. It includes a world leading 93.07m at last month’s Doha Diamond League. He crossed the 90m mark twice in Doha. Jakub Vadlejch (PB 90.88m), the Tokyo silver medallist from Czech Republic, and Julian Webber (89.54m) will be in the fray.

Chopra has set the goal of breaching 90m this season, besides shining in next month’s world championships in Eugene, Oregon. Germany’s Johannes Vetter, who has the second best throw ever (97.76m), has withdrawn after entering this World Athletics Continental Tour meet. The 2012 Olympics champion Keshorn Walcott, who threw 89.07m last week in Netherlands, and Germany’s Andreas Hoffman (PB 92.06m) will compete.

Chopra has been training at the Kuortane Olympic Training Centre in Finland since the last week of May. “I am really excited to begin my competitive season after a long time,” he said recently. “The weather is a bit cold, so we sometimes train indoors. I’ve had good training sessions and am feeling good,” he says.

“The last few days of competition I am focusing a bit on my throwing technique, angles. You don’t want to work on major changes closer to competition. It’s just paying more attention to areas where you need a bit of strengthening.”

Chopra’s personal best is 88.07m, which is the national record. Though 90m is his target, it is unlikely he will go all out in his first tournament, that too after such a long gap. One reason for his delayed start is to stay fresh in a packed season, which also includes the Birmingham Commonwealth Games after the worlds.

Chopra will compete in three meets in June. After Turku, he is scheduled to compete in the Kuortane Games in Finland (June 18) and then in the Stockholm Diamond League (June 30). The world championships (July 15-24) will be followed by CWG (July 28-Aug 8), where he will defend his title. The Asian Games postponement will give him some breather.

He has put in some solid work during the off-season with training stints in California and Antalya, Turkey, accompanied by his German coach and bio-mechanical expert Klaus Bartonietz and physio Ishaan Marwaha.

“Once I start, I will have a clearer picture on the tournaments after talking to my coach. Sometimes in a packed season, you feel you have not recovered well and it is better to skip. Then if we feel there is too much of a gap between competitions, we can add some events.”

There will be big expectations, Chopra being a sporting icon who also endorses some top brands. For the JavRun challenge in YouTube, participants are asked to replicate Chopra’s run-up.

“It is very interesting. The way we (javelin throwers) take cross steps, people have to do it while doing their work. It is good to see sportspersons, celebrities trying it. It helps to reach out to more people and popularise the sport. I love talking about the sport. I also put out my training videos so that it helps children who are starting out in javelin. I am so happy to see more kids picking up javelin,” Chopra says.

Astros Give Yankees a Tough Series, and a Measuring Stick