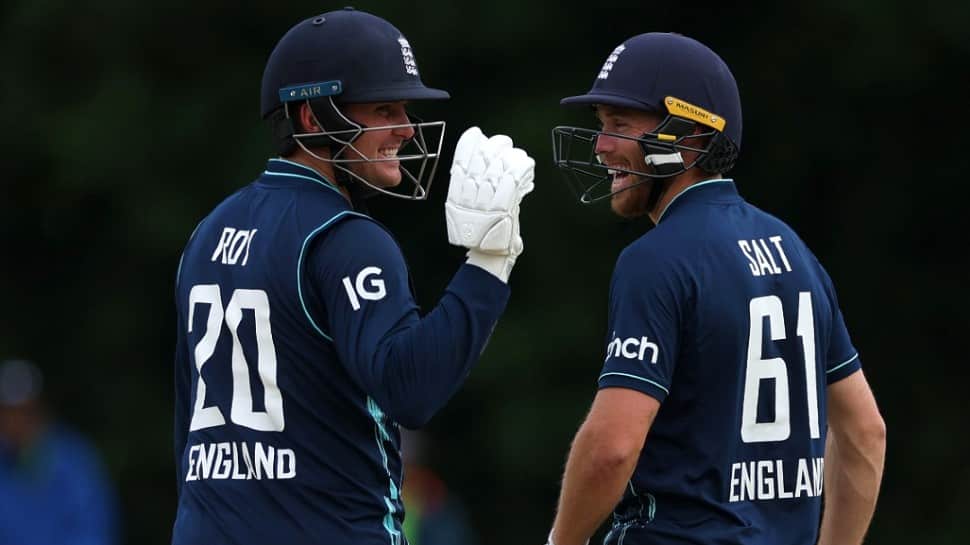 England will take on hosts Netherlands in the third of the three-match ODI series at VRA Cricket ground in Amsterdam on Wednesday (June 22). England have already won the series 2-0 after their wins in the last two games and will be looking to complete a ODI series whitewash against the Dutch.

Hard-hitting English batter Liam Livingstone has backed his white-ball captain Eoin Morgan to regain his form with the bat, believing that he is just one score away from being back in form. Morgan has been struggling with his form for a while. He has so far failed to score a run on his side’s tour to Netherlands, falling for ducks on both occasions.

His last half-century also came a year back against Sri Lanka. “I think the thing that has been forgotten is Morgs (Morgan) is an unbelievable leader. He is the leader of our team and everybody knows he is only one score away. I am sure that score will come very soon and he will be off and running again,” Livingstone was quoted as saying to Sky Sports.

England has already clinched a comprehensive 2-0 series win with one to play, with the first of their victories seeing them post a world-record score of 498-4 on Friday. Jos Buttler was one of three players in that game who scored a century – smashing an unbeaten 162 off 70 balls – while Livingstone smashed England’s record-fastest fifty, off just 17 balls, ending with 66 not out off 22.

It continued a remarkable run of form for Buttler. This comes after his exploits during a superb IPL season in which he finished as the tournament’s leading run-scorer, hitting four hundreds for Rajasthan Royals. “To watch Jos go about his business, it was nice to have him on my side this time round. It was pretty special to watch, especially from the other end. It has been great fun. It was nice to obviously break the world record on Friday, the lads have put in some really good cricket, it has been a great standard and hopefully, it is the same again [on Wednesday],” he said.

Opener Jason Roy has also backed Morgan to rediscover his touch with the willow.