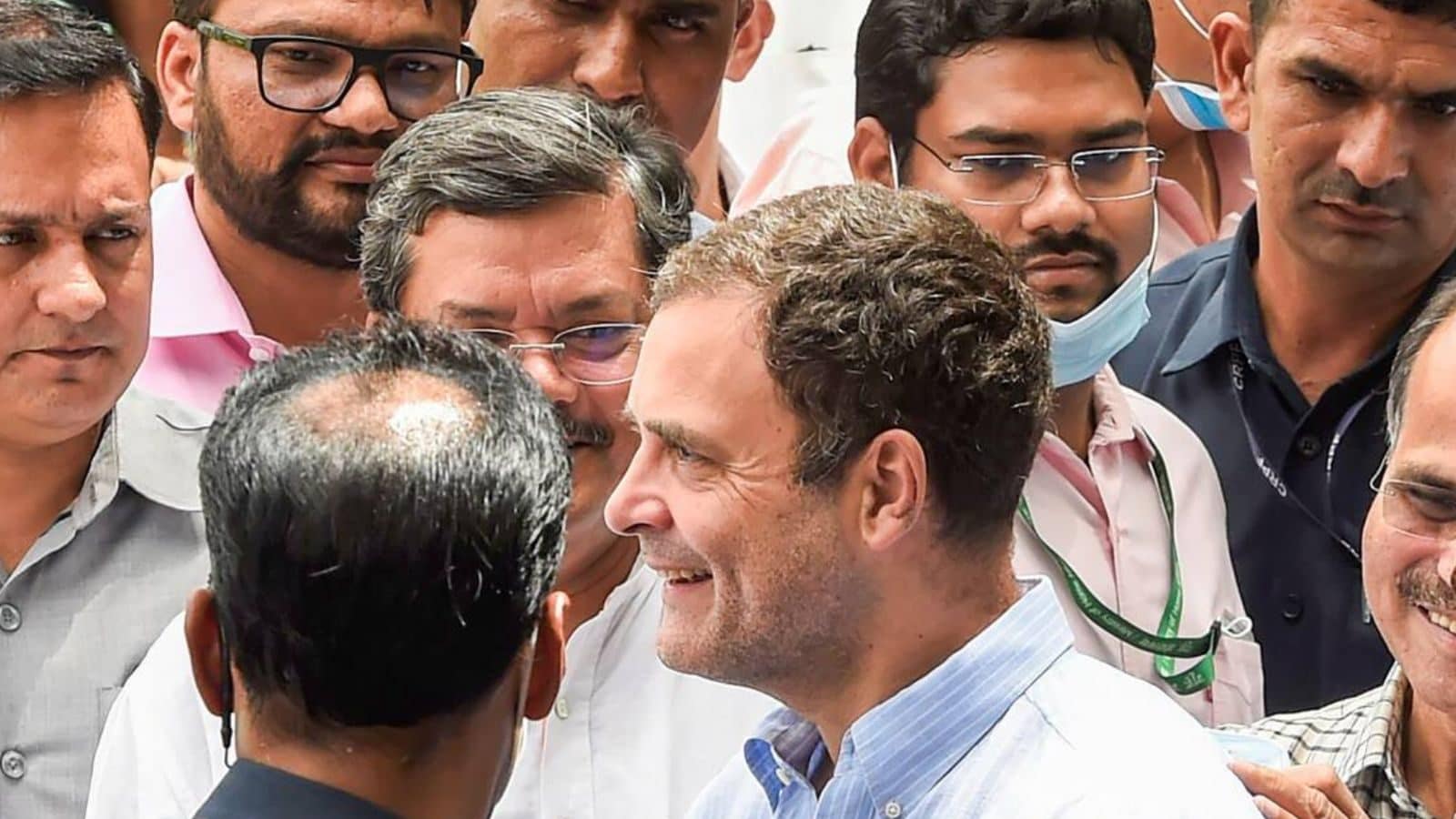 Sources in the Enforcement Directorate (ED) said that Congress leader Rahul Gandhi, who is being questioned in the National Herald case, put the onus of entire transaction of takeover of Associated Journals Ltd’s (AJL) on late Motilal Vora.

Congress leader Rahul Gandhi, sources said, told the ED that former Congress treasurer Motilal Vora was responsible for all the transactions pertaining to the Young Indian’s acquisition of Associated Journals Ltd’s (AJL) assets worth hundreds of crores from Congress.

Congress’s Motilal Vora died in December 2020 and was also questioned by the ED in the National Herald case.

Congress leader and  former party chief who was questioned for the third consecutive day on Wednesday over Young Indian (YI), a company controlled by the Gandhi family taking over the assets of AJL, denied having any personal knowledge of transactions being investigated for alleged money laundering in the light of a report of the income tax department.

BJP leader Subramanian Swamy filed the case against the Gandhis in 2012, accusing them of misusing party funds to purchase a company that published the National Herald newspaper. On November 1, 2012, Swamy filed a private complaint in a Delhi court, alleging that Sonia and Rahul Gandhi committed fraud and land grabbing worth thousands of crores. In his complaint, he claimed that the Gandhis “fraudulently acquired properties of Associated Journals Ltd (AJL) in Delhi, UP, and other places worth Rs 1,600 crore” through the private company Young Indian, which they owned.

Sources privy to the questioning said Rahul Gandhi has denied having any knowledge of the loans or accommodation entry taken by the Young Indian, blaming everything on Vora, who is no more,” TOI reported.

“Proceedings of the ED are of judicial nature and leaking them is a criminal offense. Therefore, we will not comment on it,” the report quoted Congress secretary Pranav Jha as saying when he was approached for a response.

Rahul and his mother Sonia Gandhi together hold 76 per cent stakes in Young Indian and the remaining 24 per cent was held by Vora and Oscar Fernandes (12 per cent each), the report said.

Fernandes passed away in September 2021.

The ED has summoned Congress MP Rahul Gandhi for questioning for the 4th time on Friday in the National Herald money laundering case, officials said Wednesday, adding that the Congress MP sought exemption for Thursday which was allowed.

Gandhi (51) arrived at the ED headquarters on APJ Abdul Kalam Road in central Delhi around 11.35 am on Wednesday with his “Z+” category CRPF security escort.

He was accompanied by his sister and Congress general secretary Priyanka Gandhi Vadra as his convoy whizzed past police barricades thronged by media persons and party supporters.

Meanwhile, the Congress party has announced that it will gherao all Raj Bhawans across the country on Thursday to protest against Delhi Police personnel entering the Congress headquarters in the national capital and beating up its workers.

According to sources, a delegation led by Congress floor Leader Adhir Ranjan Chowdhury will meet the Speaker at 10 am.