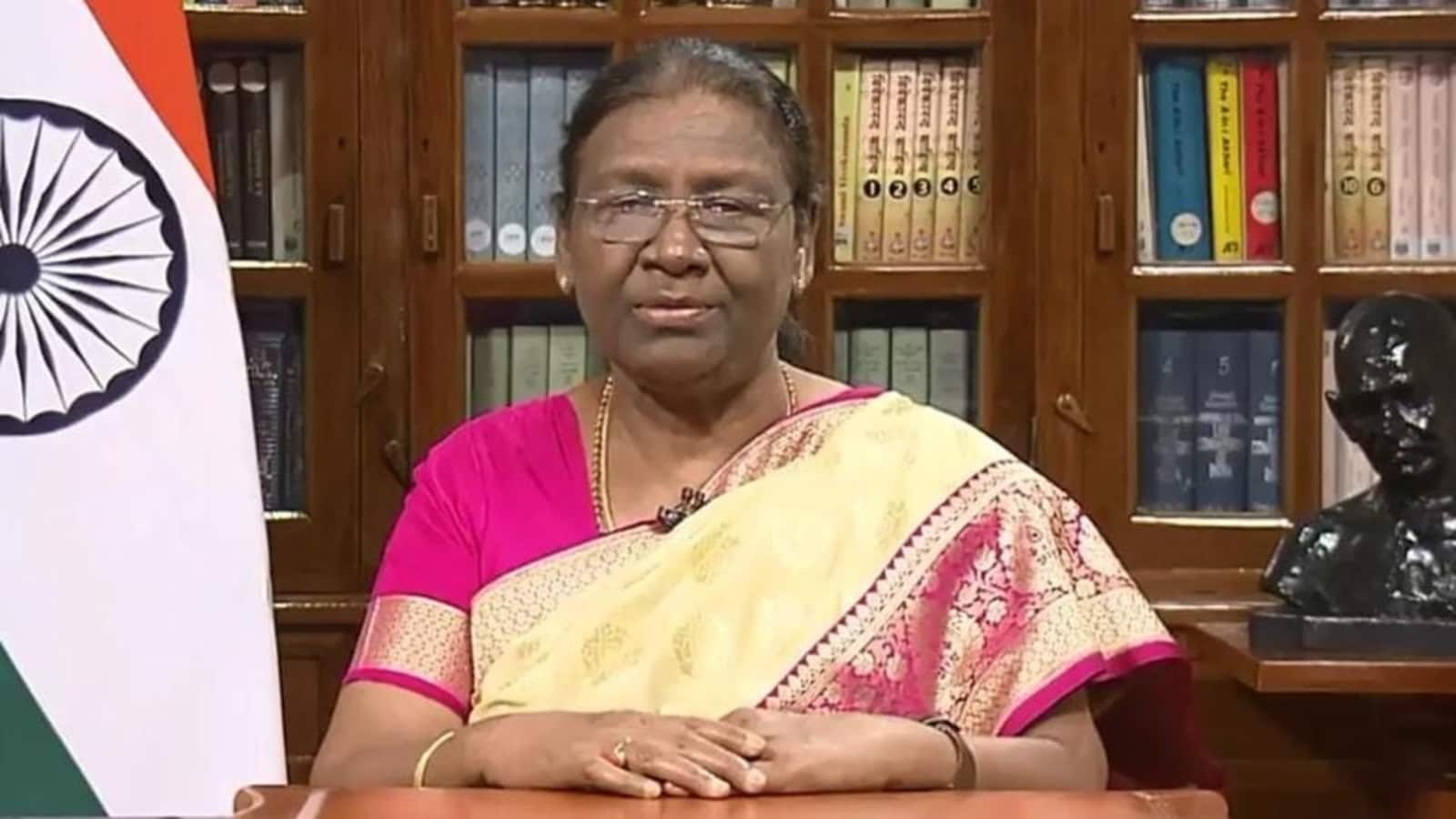 President Droupadi Murmu Wednesday remembered the founders of the Constitution for giving a “map and moral framework” to the country, stating that the task of “walking that path remains our responsibility”. In her maiden address to the nation on the eve of the 74th Republic Day, Mumru also hailed India for becoming one of the fastest-growing economies in the world. The G20 presidency, climate change, global warming, women empowerment, and gender equality also found a mention in her address.

Here are the top quotes from her address:

>”The nation will always remain grateful to Dr B R Ambedkar, who headed the Drafting Committee of the Constitution, and thus had a critical part in giving it the final shape. On this day, we should also remember the role of jurist B N Rau, who had prepared the initial draft, and other experts and officers who helped in making of the Constitution,” she said.

>”Their vision, as enshrined in the Constitution, has been continuously guiding our Republic. During this period, India has been transformed from a largely poor and illiterate nation into a confident nation marching on the world stage,” Murmu added.

>”G20 presidency is an opportunity to promote democracy and multilateralism and the right forum for shaping a better world and a better future. Under India’s leadership, I am sure, G20 will be able to further enhance its efforts to build a more equitable and sustainable world order.”

>The President said as G20 represents about two-thirds of the world population and around 85 per cent of global GDP, it is an ideal forum to discuss and find solutions for global challenges.

>”To my mind, global warming and climate change are the most pressing among them. Global temperatures are rising and incidents of extreme weather are increasing. We are faced with the dilemma: To lift more and more people out of poverty, we need economic growth, but that growth also comes from fossil fuel. Unfortunately, the poor bear the brunt of global warming more than others,” she said.

>Murmu also said, “India has been among the fastest-growing major economies. This has been made possible by timely and pro-active interventions from the government. ‘Atmanirbhar Bharat’ initiative has evoked great response among people at large. There have also been sector-specific incentive schemes.”

>“Women’s empowerment and gender equality are no longer mere slogans, as we have made great progress towards these ideals in recent years. I have no doubt in my mind that women are the ones who will do the most to shape tomorrow’s India,” she said.

>On the essence of India, she said: “Such a vast and diverse multitude of people coming together as one nation remains unprecedented. We did so with a belief that we are, after all, one; that we are all Indians. We have succeeded as a democratic republic because so many creeds and so many languages have not divided us, they have only united us. That is the essence of India. That essence was at the heart of the Constitution, which has withstood the test of time.”