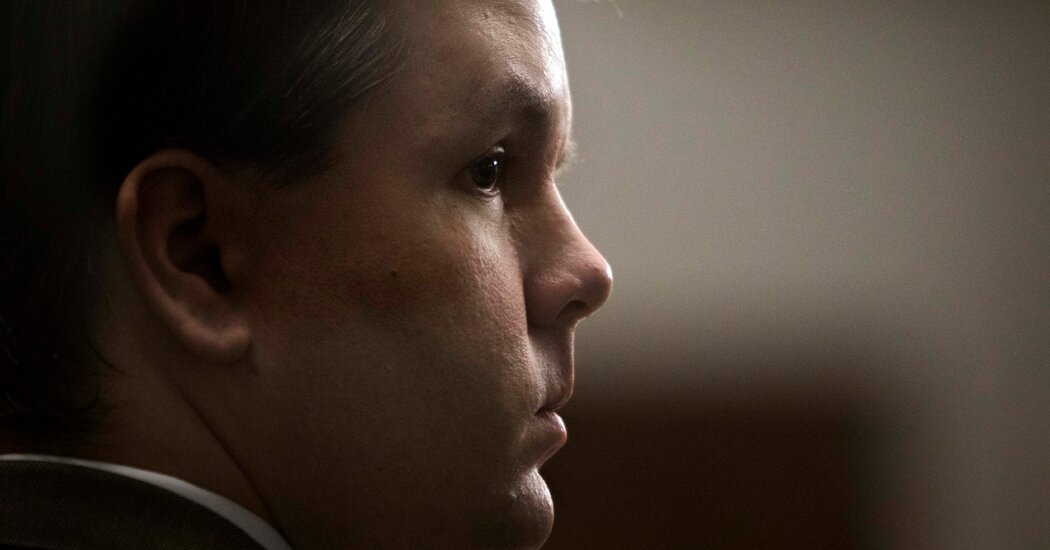 The Georgia Supreme Court on Wednesday overturned a father’s conviction on murder and other charges, nearly six years after he was found guilty of having deliberately left his toddler son to die in a hot car.

The father, Justin Ross Harris, had been convicted of malice murder and other charges in 2016 and was sentenced to life without parole after his trial was moved from Cobb County, near Atlanta, to Glynn County in southeastern Georgia, amid intense publicity.

The Georgia Supreme Court ruled that extensive evidence of Mr. Harris’s sexual activities that was presented at trial was “extremely and unfairly prejudicial” and could have affected the jury’s decision to convict him of intentionally causing the death of his son, Cooper, who was 22 months old.

Prosecutors had presented the evidence in part to support their theory that Mr. Harris had intentionally abandoned his son to die in the back of his car so that he “could achieve his dream of being free to further his sexual relationships with women he met online,” the court said.

“Because the properly admitted evidence that appellant maliciously and intentionally left Cooper to die was far from overwhelming,” the court said, “we cannot say that it is highly probable that the erroneously admitted sexual evidence did not contribute to the jury’s guilty verdicts.”

The court ruled in the 6-to-3 decision that prosecutors may choose to try Mr. Harris again on the charges related to Cooper’s death.

The office of the Cobb County district attorney, Flynn D. Broady Jr., said in a statement on Wednesday, “Our office plans to file a motion for reconsideration in this case.”

Maddox Kilgore, one of Mr. Harris’s lawyers, said that he was not surprised by the court’s decision and that Mr. Harris’s parents were crying, praying and rejoicing.

“It’s an enormous first step to righting a wrong,” he said, “and that wrong, of course, was the patently unfair trial that we had back in 2016.”

The court left in place convictions on three charges that were not connected to Cooper’s death and instead focused on Mr. Harris’s electronic communications with an underage girl. Mr. Harris had been sentenced to 12 years in prison on those charges.

The basic facts of Cooper’s death were not in dispute: On the morning of June 18, 2014, Mr. Harris, a web developer at Home Depot, closed the door of his Hyundai Tucson and walked into work, leaving Cooper, whom he was supposed to have dropped off at day care, as usual, strapped into a rear-facing car seat in the back seat, the court said. After nearly seven hours in the hot car, Cooper died of hyperthermia.

Mr. Harris’s lawyers contended that he was “a loving father who had never mistreated Cooper and simply but tragically forgot that he had not dropped off the child on that particular morning,” the court said.

Jurors heard several days of testimony from a dozen witnesses about Mr. Harris’s sexual activities, saw hundreds of lewd and sometimes illegal sexual messages that he exchanged with young women and girls and were given nine photos of his erect penis that ensured the jury “did not miss the point that he was a repulsive person,” the court said.

The evidence “convincingly demonstrated” that Mr. Harris was “a philanderer, a pervert and even a sexual predator,” the court said.

But the evidence did “little, if anything,” to answer the key question of why Mr. Harris had walked away from Cooper in the car that morning, the court ruled.

Instead, the evidence likely led the jury to conclude that Mr. Harris was “the kind of man who would engage in other morally repulsive conduct (like leaving his child to die painfully in a hot car) and who deserved punishment, even if the jurors were not convinced beyond a reasonable doubt that he purposefully killed Cooper,” the court ruled.

The court said that some of the evidence was properly admissible to establish the prosecution’s motive theory, and that it was “legally sufficient” to support Mr. Harris’s convictions for the crimes against Cooper. But the trial court should have excluded much of it “because it was needlessly cumulative and prejudicial,” the ruling stated.

The extensive evidence indicating that Mr. Harris had committed sex crimes against minors likely had a “substantial ‘smear’ effect” that forced him to proceed at an unfair disadvantage when defending himself against the charges that he had left Cooper in the car to die, the court said.

The court ruled that the trial court was also wrong to have denied Mr. Harris’s motion to separate the charges involving Cooper from those involving his communications with the underage girl.

Judge Mary Staley Clark of Superior Court, who presided over the trial in 2016, announced her retirement this year and is now a senior Superior Court judge, according to Christopher Hansard, the court administrator.

In an email, Mr. Hansard wrote that Judge Clark “isn’t going to be able to comment on that case since it’s still ongoing.”

80 million Americans are under heat warnings or advisories.