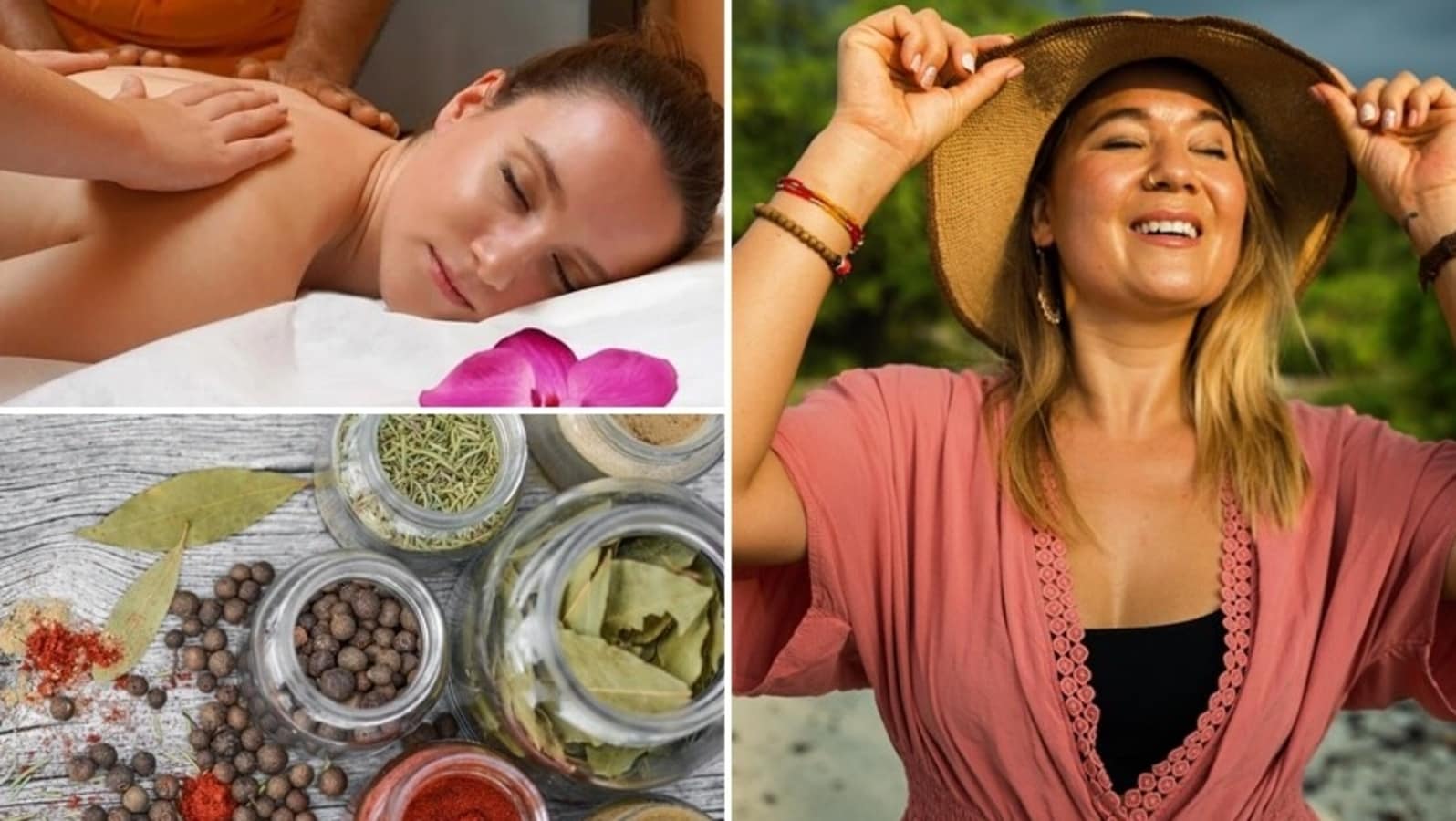 As monsoon is slowly spreading its wings across India, people are welcoming the much-awaited respite from the searing summer heat. A change in season, however, calls for some modifications in daily routine to ensure you stay healthy and disease-free. According to Ayurveda, Vata entity aggravates during monsoon which makes people prone to certain illnesses. It is important to stay away from microbial infections during this time and certain herbs can come handy. From warm and soothing teas, soup of pulses, oil massages to hair care routine, here are some useful Ayurvedic tips during rainy season suggested by Dr Archana Sukumaran, Ayurveda Doctor (BAMS) at Kerala Ayurveda Ltd. (Also read: Beware of these common monsoon diseases; expert tips on how to prevent them)

“Ayurveda has divided the year into six seasons, starting from Sisira, the late winners to Hemanta, the early winters. According to Ayurveda, the months of mid-July to mid-September are called Varsha Ritu or the monsoon. It belongs to the Visarga Kala, i,e; it occurs when the sun is traversing to the south of the equator from its previous position. The seasons for Varsha (Rainy), Sarat (Spring), and Hemanta (early winners) belong to this category,” says Dr Sukumaran.

During this period, the body ‌gains strength gradually as it ascends from the monsoons to the winters. To prevent monsoon illnesses, here are Ayurveda tips you can incorporate in your routine.

Fumigate your homes and clothes to remove harmful fungi or bacteria that may have lodged because of remnant dampness. Although a particular formulation for fumigation is not mentioned, herbs like Guggulu (Commiphora mukul), Agaru (Aquilaria agallocha), and Chandana (Santalum alba), etc which have Krimighna (Anti-microbial) properties are most preferred.

Despite the gradual increase of body strength, the Agni (Digestive fire) remains considerably weak to digest heavy meals. A light, nourishing diet is encouraged during the monsoons.

– Old cereals, the red variety of rice with seasoned meat soup, are advised. While consuming meat, Acharya has emphasised the importance of poultry instead of red meat or fish for this purpose.

– On days of heavy torrential downpour, the food shall be notably sour and salty, drizzled with a sufficient quantity of ghee and honey, which is easily digestible.

– The company of warm soothing teas, like cinnamon-infused and ginger-infused tea, is a great drink that normalises both the digestive fire and warming simultaneously.

– Dasamoolarishta, a herbal wine preparation, is a powerful blend of carminative herbs that give long-lasting relief from symptoms of abdominal gas- belching, bloating, and indigestion, common during monsoons.

– Soup of pulses, especially green gram, in the company of old wine is advised for those who have a good digestive fire.

How to tackle hair issues

“A good, warm champi with Neelibringadi Keram will help your hair stay healthy in the monsoon,” says the expert.

– In case you have a cold, try using Karpooradi Thailam – a warming chest and body rub oil to soothe down and clear your congestion. Simply rub the oil over your chest and do steam inhalation, to enjoy uninterrupted breathing. It is suitable even for kids.

– Agasthya Rasayanam is a delicious jam preparation that will help ease all kinds of cough, mucus accumulation, and chest congestion.