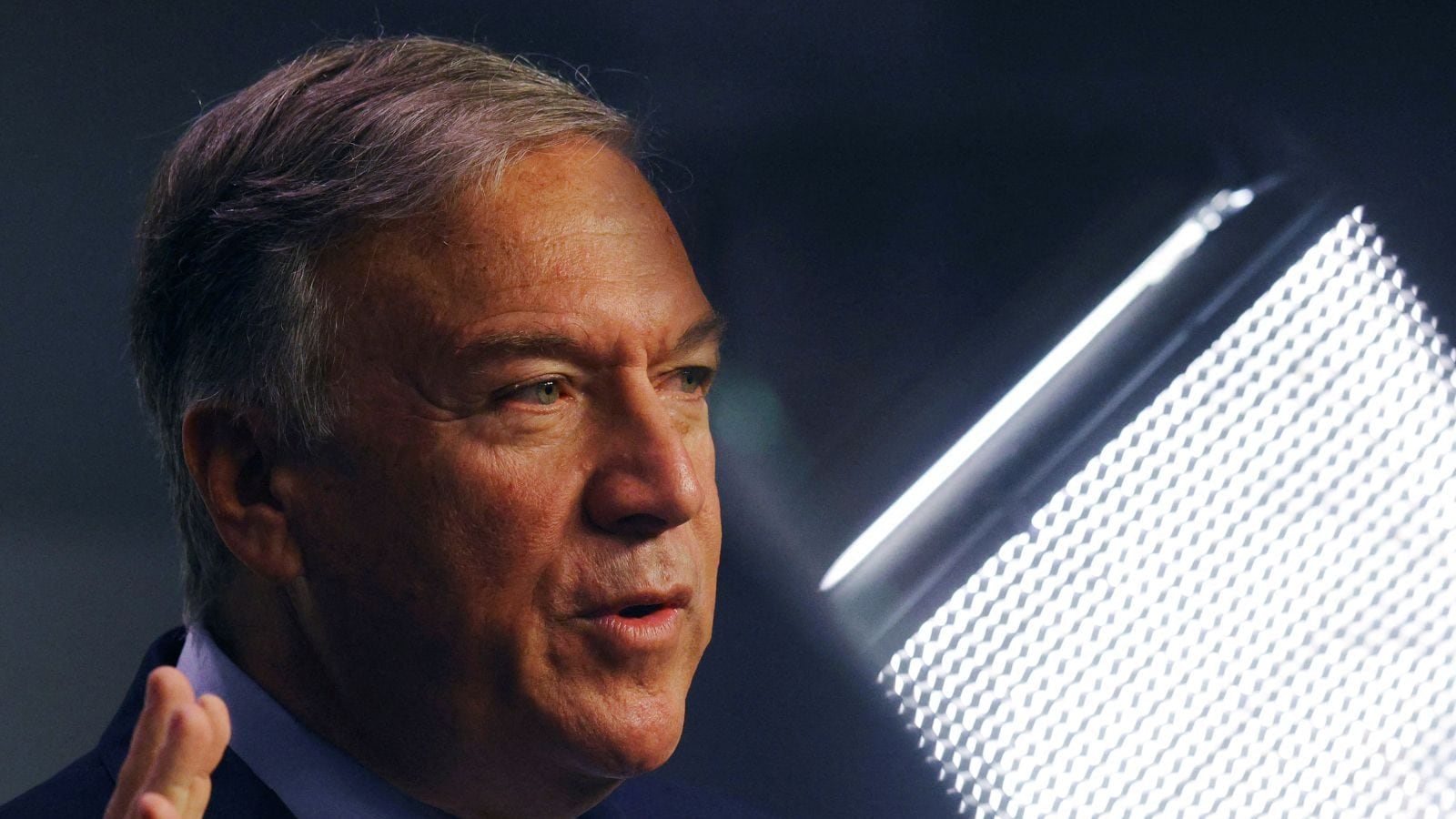 Mike Pompeo made the claims in his latest book ‘Never Give an Inch: Fighting for the America I Love’. (Reuters file pic)

The bilateral relationship came under severe strain following the deadly clash in Galwan Valley in Eastern Ladakh in June, 2020

Former US Secretary of State Mike Pompeo has claimed that India, which has charted an independent course on foreign policy, was forced to change its strategic posture and join the four-nation Quad grouping due to China’s aggressive actions.

India and China are locked in a lingering border standoff in eastern Ladakh for over 31 months.

The bilateral relationship came under severe strain following the deadly clash in Galwan Valley in Eastern Ladakh in June, 2020.

India has maintained that the bilateral relationship cannot be normal unless there is peace in the border area.

In his latest book ’Never Give an Inch: Fighting for the America I Love’ that hit the stores on Tuesday, Pompeo called India the “wild card” in Quad because it was a nation founded on socialist ideology and spent the Cold War aligning with neither the US nor the erstwhile USSR.

“The country (India) has always charted its own course without a true alliance system, and that is still mostly the case. But China’s actions have caused India to change its strategic posture in the last few years,” Pompeo wrote in his latest book.

Pompeo, 59, who is widely speculated to run for the Presidential elections in 2024, explains how the Donald Trump administration succeeded in bringing India on board the Quad grouping.

The US, Japan, India and Australia had in 2017 given shape to the long-pending proposal of setting up the Quad or the Quadrilateral coalition to counter China’s aggressive behaviour in the resource-rich Indo-Pacific region.

“China forged a close partnership with Pakistan — India’s arch rival — as one of the first steps in its Belt and Road Initiative.

”In June 2020, Chinese soldiers clubbed twenty Indian soldiers to death in a border skirmish. That bloody incident caused the Indian public to demand a change in their country’s relationship with China,” Pompeo writes.

“India banned TikTok and dozens of Chinese apps as part of its response. And a Chinese virus was killing hundreds of thousands of Indian citizens. I was sometimes asked why India had moved away from China, and my answer came straight from what I heard from Indian leadership: ’Wouldn’t you?’ times were changing — and creating an opportunity for us to try something new and pull the US and India more closely together than ever,” Pompeo writes.

In his book, Pompeo describes the former Japanese Prime Minister Shinzo Abe as a global leader of extraordinary courage and vision.

“He is regarded as the father of the Quad, demonstrating his foresight in viewing the CCP as a threat. He also coined the idea of a “free and open Indo-Pacific” — a concept that has gained lasting currency in diplomatic circles. It’s worth repeating: What a loss it was for the world that this outstanding leader was assassinated in 2022,” Pompeo writes.

The Japanese and Australian legs of the Quad were strong and getting stronger with our support, he added.

China is engaged in hotly contested territorial disputes in both the South China Sea and the East China Sea.

China claims sovereignty over all of the South China Sea.

Vietnam, Malaysia, the Philippines, Brunei and Taiwan have counterclaims.

Beijing has also built up and militarised many of the islands and reefs it controls in the region.

Both areas are stated to be rich in minerals, oil and other natural resources and are also vital to global trade.