MCD Officials Near ITO Graveyard with Bulldozers for Anti-encroachment Drive 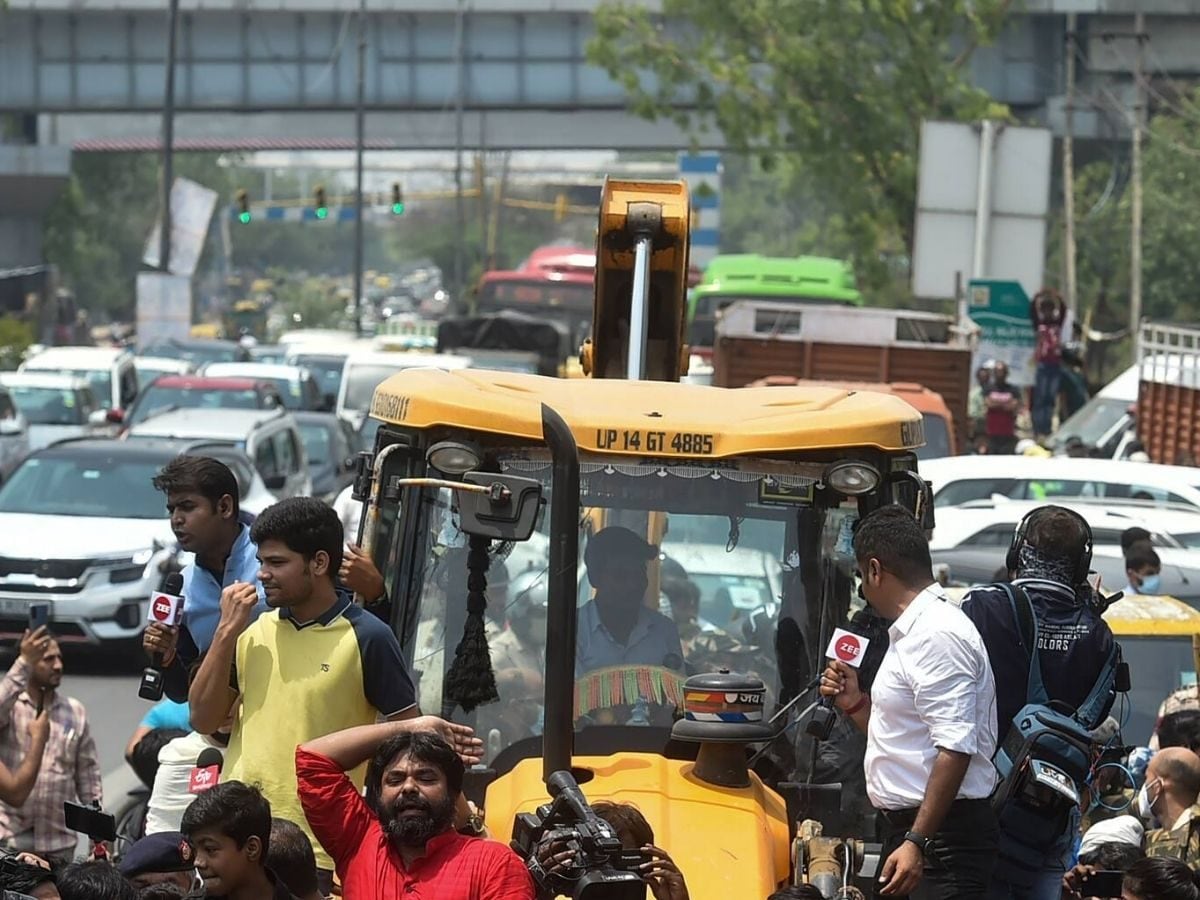 The Municipal Corporation of Delhi Wednesday launched an anti-encroachment drive near the ITO graveyard here as authorities arrived with bulldozers and a police escort to remove ”illegal structures”, an official said. Around 50 illegal structures are to be removed and the drive may continue on Thursday, the official said, adding the action comes on the directions of the High Court.

Civic authorities said encroachers were provided ”necessary opportunity” to furnish documents their ownership documents before carrying out the action. ”The anti-encroachment drive has begun. It is a two-day encroachment removal action so it will continue on Thursday too.

Temporary and permanent illegal structures, kiosks, shanties etc will be demolished during the action,” an MCD official told PTI. The drive is being carried out in the streets and lanes behind the Times of India building and the periphery of the ITO graveyard. The civic body said it had written to the Delhi Police, asking for adequate police deployment in advance for the drive.

The communication sent to the Delhi Police by the MCD’s executive engineer (central zone) said the civic body has planned an encroachment removal action from the public street behind the Times of India building in the compliance of directions of the High Court.

”The necessary opportunity has been given to the encroachers to show their documents to prove their ownership but none of them could submit ownership documents. ”Accordingly, an encroachment removal programme has been fixed for June 22 and 23, 2022. It is requested to kindly provide adequate police force along with lady police for maintaining law and order,” the communication stated.

In May, the civic authorities had carried out a series of such exercises in Jahangirpuri, Shaheen Bagh, Madanpur Khadar, Lodhi Colony, Tilak Nagar among others. They had to face protests and resistance from locals in some pockets including Jahangirpuri during the anti-encroachment drive.