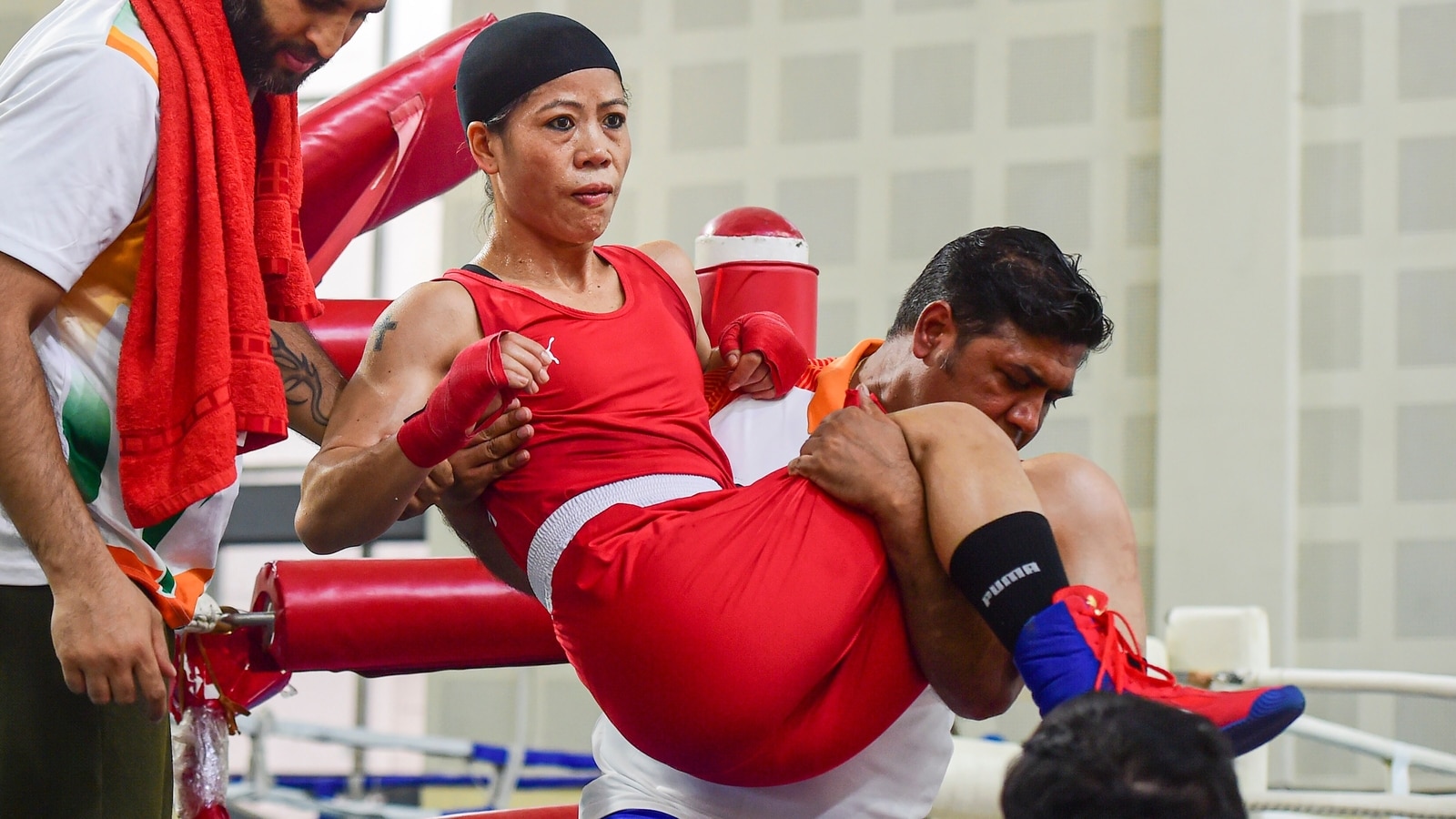 Veteran Indian boxer MC Mary Kom’s bid to compete at the Birmingham Commonwealth Games ended in a heartbreak here on Friday as she was forced to withdraw midway from the selection trials due to a knee injury.

The six-time world champion twisted her left knee in the first few minutes in the opening round of the 48kg semifinals against Haryana’s Nitu.

Mary Kom will thus miss the quadrennial event, where she had become the first Indian woman boxer to claim a gold medal in the last edition in 2018.

“I was training so hard for this. This is just bad luck, I have never had a knee injury before,” a distraught Mary Kom said as she limped towards her car to head to the hospital.

Mary Kom fell on the canvas while trying to dodge a punch in the very first round of the bout. The 39-year-old tried to keep going after receiving medical assistance but after a couple of punches, she struggled to keep balance as she clutched her left knee and looked in a lot of pain.

“Six-time world champion Mary Kom has withdrawn from the ongoing Women’s Boxing Trials for the 2022 Commonwealth Games due to an injury she suffered on Friday,” the the Boxing Federation of India (BFI) said in a statement.

The Manipuri had to be carried out of the ring with Nitu being announced the winner via RSCI (Referee Stops Contest due to injury).

The London Olympics bronze medallist, whose left knee was heavily bandaged after the fall, was then taken to the hospital for scans.

The multiple-time Asian gold medallist had last competed in the Tokyo Olympics, where she had reached the pre-quarters before bowing out with a hard-fought loss.

“It is really unfortunate what happened. But one can never predict such things. Mary had been training hard for this,” national coach Bhaskar Bhatt told PTI.

Mary Kom, the most decorated Indian boxer, had decided to give the World Championships, that concluded last month, and the now-postponed Asian Games a miss to concentrate on the CWG.

Nitu, the two-time former youth world champion, advanced to the final of the CWG trials in the minimum weight division at the Indira Gandhi International Stadium.

The Haryana boxer, who won the gold at the prestigious Stradja Memorial tournament earlier this year on debut, will now compete against Manju Rani for a CWG spot.

Nitu, who had represented India in 48kg in the world championships, is now primed to get a CWG spot in the category.

Nikhat (50kg) continued in her sublime form as she out-punched Anamika 7-0.

On the other hand, Lovlina (70kg), who is coming off an underwhelming world championship campaign, also notched a unanimous decision win over fellow Assamese boxer Ankushita Boro by an identical 7-0 margin.

The men’s team for the quadrennial event has already been named.