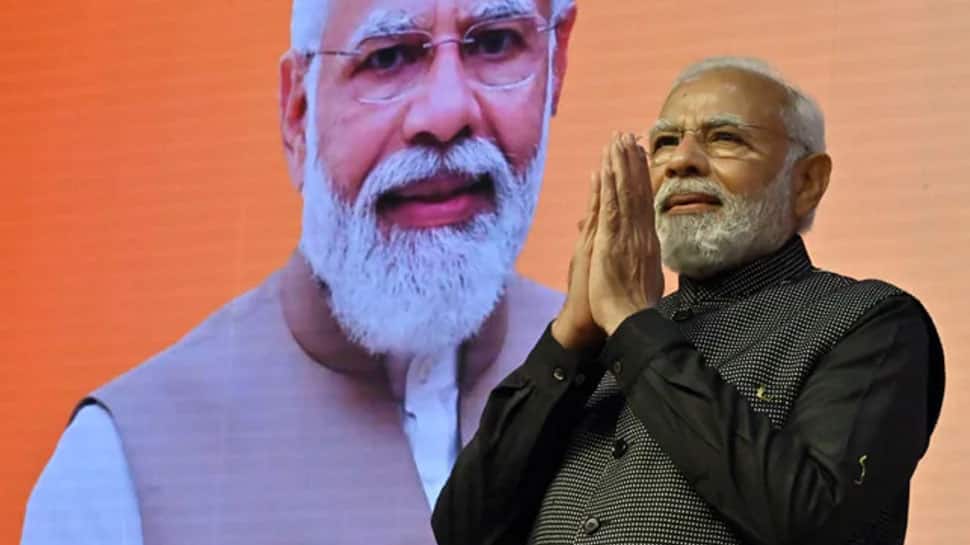 New Delhi: Amid a bitter political row over the controversial BBC documentary on Prime Minister Narendra Modi and the 2002 Gujarat riots, Union Law Minister Kiren Rijiju has said that India’s image cannot be disgraced with such “malicious campaigns”. In a series of tweets in English and Hindi, the Union Law Minister said minorities, or for that matter, every community in India is moving ahead positively.

“India’s image cannot be disgraced by malicious campaigns launched inside or outside India,” he said, adding that Prime Minister Modi’s voice is the voice of 1.4 billion Indians. “Some people in India have still not gotten over the colonial hangover. They consider BBC above the Supreme Court of India and lower the country’s dignity and image to any extent to please their moral masters,” Rijiju said.

Rijiju said much cannot be expected from members of the “tukde-tukde gang who seek to weaken the might of India.

Congress MP Adhir Ranjan Chowdhury also attacked the BJP saying that the party could not stomach the `truth` documented by the UK`s national broadcaster. “If they (BJP) do not like something, they term it anti-national and get it removed. We (Congress) do not need any support from broadcasters in our fight against the BJP. We do not care what the media says about us,” Chowdhury told ANI.

Calling the BJP government at the Centre fascist, Chowdhury said India needs a secular and a more tolerant government. “The BJP is spreading religious intolerance across the country. They are depriving the citizens of their rights and freedom. However, their hatred is being opposed and challenged by Rahul Gandhi through his Bharat Jodo Yatra. The Congress has won the admiration of millions of people as he (Rahul) is not seeking votes, but is speaking on real issues,” he said.

The Centre had on Friday directed social media platforms Twitter and YouTube to block links to the documentary titled “India: The Modi Question”. The Ministry of External Affairs has trashed the documentary as a “propaganda piece” that lacks objectivity and reflects a colonial mindset.

The Centre has told YouTube and Twitter to take down fresh links to the documentary if someone uploads or tweets them again, sources said. However, opposition parties have opposed the move and claimed the documentary has “exposed” PM Modi. A Supreme Court-appointed investigation had found no evidence of wrongdoing by PM Modi, who was chief minister of Gujarat when the riots broke out in February 2002.