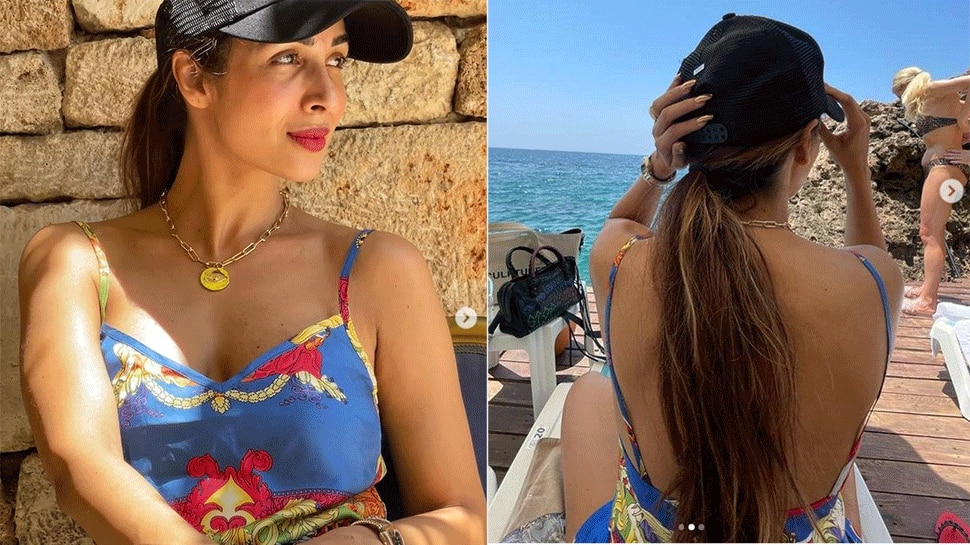 ANKARA: Bollywood diva Malaika Arora on his recent trip to Turkey has shared some stunning pictures of herself on her social media, enjoying the beautiful location and giving netizens some major travel goals.

Malaika faced sideways, seemingly enjoying the sunny and breezy weather, her hair tied back in a ponytail.

The second picture reveals Malaika chilling with her mother on a yacht. She looks quite chic with bold sunglasses on and a simple white shirt over her blue floral dress, striking a stylish pose for the camera, against a backdrop of high rocks and majestic waterfalls.

After the accident, Malaika was visited by several friends and family members, including actor Arjun Kapoor and sister Amrita Arora.

The video shows her running around the streets of Cappadocia, posing amid stunning locales, enjoying local delicacies, and so much more. She is seen striking some cool poses as she dancing on top of a gypsy against the backdrop of an exotic location. She opted for a breezy kaftan dress for her first day in Cappadocia. The outfit is from designer Masaba Gupta’s label, ‘House Of Masaba’. She teamed the ensemle with boho  bangles, golden hoop earrings. In one of the frames, Malla is seen flashes her million-dollar smile, and Oo BOY! We are dead.

Malaika Arora was last seen as a judge in the reality show ‘India’s Best Dancer’. Terence Lewis and Geeta Kapur were also part of the show.

The actress is in a relationship with B-Town heartthrob Arjun Kapoor.