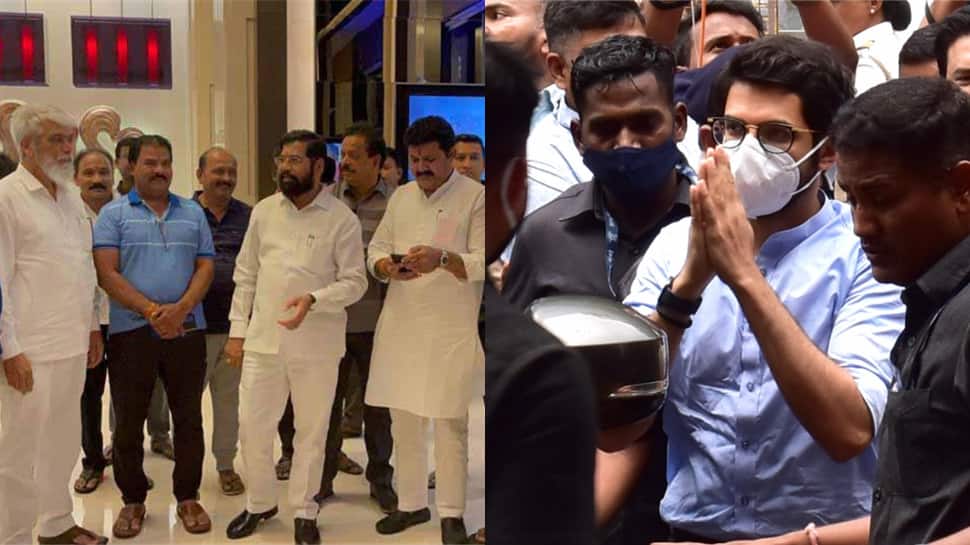 Maharashtra political crisis: Amid the ongoing political turmoil in Maharashtra that could throw current Chief Minister Uddhav Thackeray and his Congress-NCP alliance out of power, a man from Maharashtra’s Beed has suggested that he should be made the chief minister until the crisis is resolved, reported PTI. The man has written to the government demanding to be the acting CM of Maharashtra amid the political furore. The man has written to Governor Bhagat Singh Koshyari seeking that he be made the acting chief minister of the state as the Shiv Sena-led MVA dispensation is currently facing a survival crisis due to a rebellion among several Sena leaders.

Who is this man?

The man who wants to be Maharashtra’s acting CM is Shrikant Gadale, a Dahifal (Wadmauli) resident in Kej tehsil. He has written a letter to the governor and has submitted the same at the district collector’s office. According to Gadale’s letter, he has been in politics and social life for several years and understands the ground issues in the state.

In his letter, Gadale claimed that Chief Minister Uddhav Thackeray had neglected the problems of common people and farmers are not being helped in the state.

“I have been in politics and social life for 10 to 12 years and have worked for the problems of farmers and poor people. Due to environmental disasters, the state is facing losses. It was expected that the government would give immediate relief, but help was not given,” Gadale wrote.

Gadale urged the governor to appoint him as the acting chief minister and give him a chance.

He further said that he would address the problems of employment, farmers, agriculture labourers and sugarcane cutters.

The Uddhav Thackeray-led- Maharashtra government, formed in alliance with Congress and NCP, is on the verge of a downfall as Shiv Sena minister Eknath Shinde has turned against the alliance and is camping in Guwahati along with 37 Sena legislators and 10 independents.