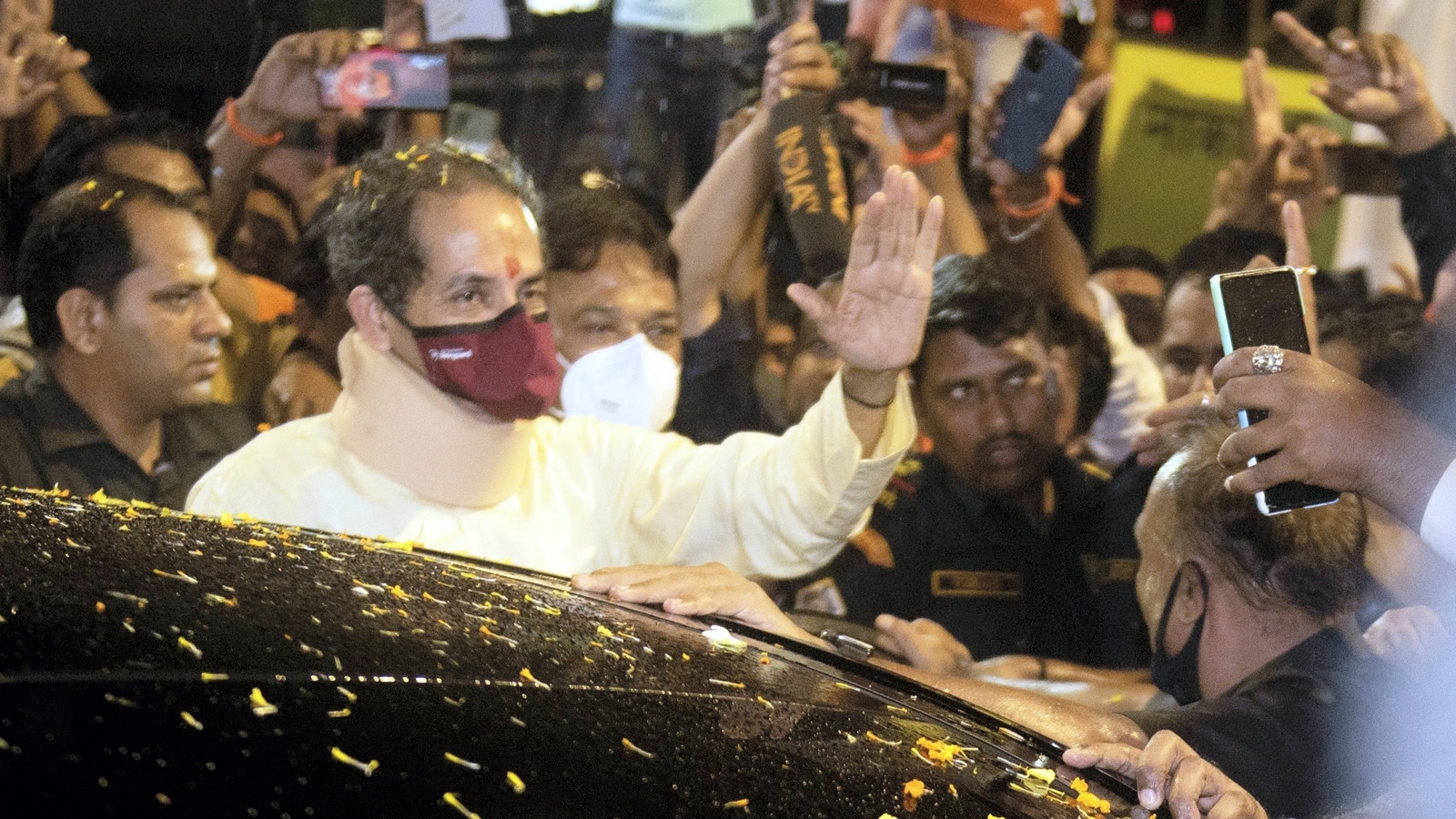 Maharashtra chief minister Uddhav Thackeray is left with 16 MLAs on his side after six more legislators joined the Eknath Shinde-led faction in Guwahati on Thursday. Deepak Kesarkar, Sada Sarvankar, Mangesh Kudalkar, and Sanjay Rathod were among those who joined the rebel camp today, while one lawmaker, Dadaji Bhuse from Malegaon Outer, is believed to be undecided.

Though Thackeray’s camp has been claiming to have numbers on its side, saying many MLAs lodged in a Guwahati hotel are in touch with them, it has shown willingness to discuss the party’s future with the NCP-Congress coalition. Shiv Sena MP Sanjay Raut asked the rebel MLAs to come back to Mumbai if they want the party to leave the ruling coalition.

“If the rebel MLAs want Shiv Sena to pull out of MVA then they must make an official representation to Shiv Sena chief. We will discuss it but show the courage to come back to Mumbai. They must come back in 24 hours,” said Raut.

Meanwhile, the Shinde-led faction posed for a photograph in the hotel in a show of strength to challenge the current coalition government.

Here’s the list of Shiv Sena MLAs who are still with Uddhav Thackeray:

JEE Main 2022 Result: JEE Mains result to be out soon at jeemain.nta.nic.in

Xiaomi 12S Series Won’t Be Launching Outside Of China: What It Means