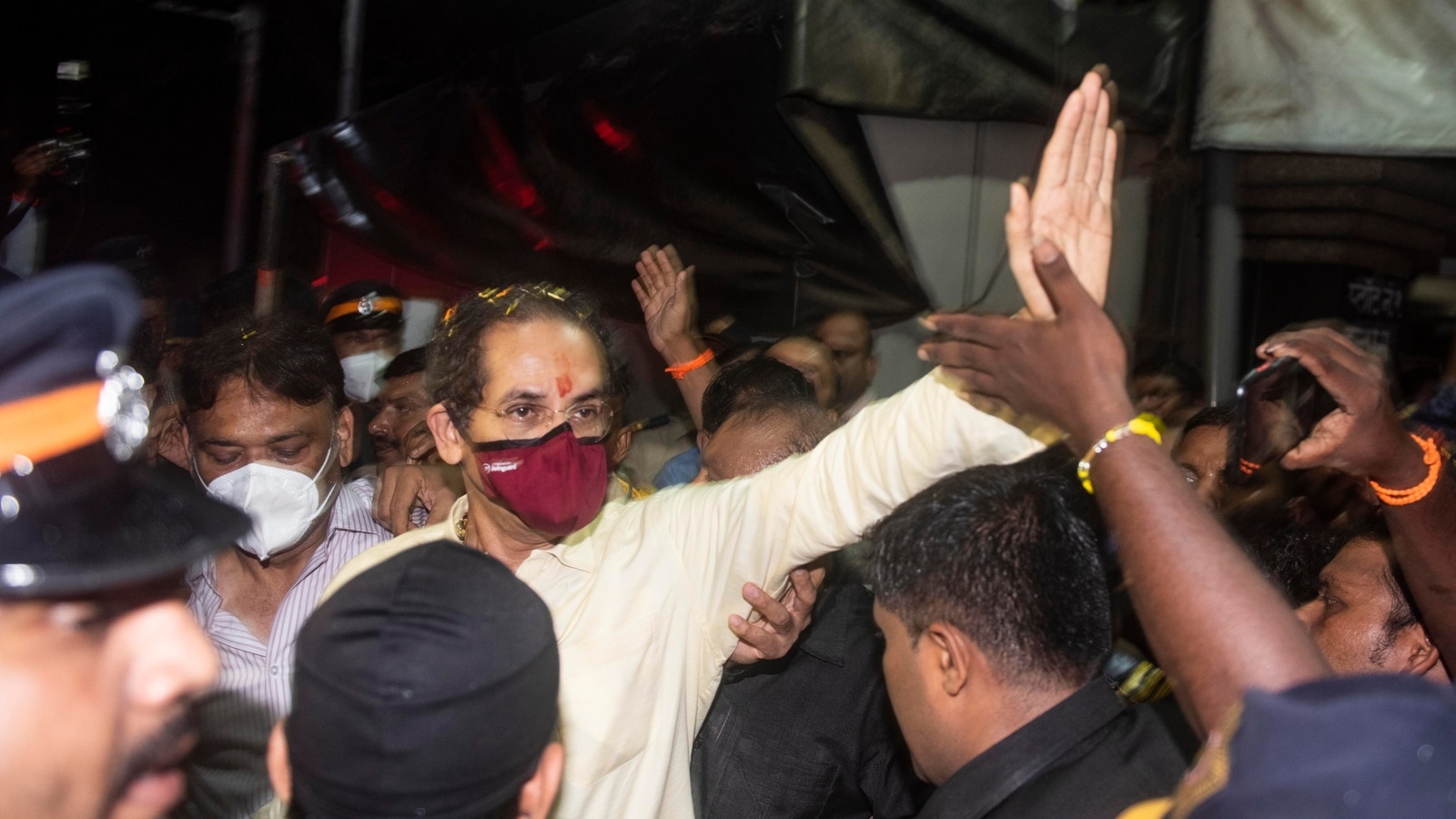 It was reported earlier on Wednesday that the chief minister had tested positive for the infection. The Sena boss had come out of his residence in the evening after virtually addressing the state and breaking his silence on the rebellion. At the time, he had greeted from a distance a huge crowd waiting outside his residence. He was wearing a mask during the period.

Later, when he left Varsha, his car was seen surrounded by Sena supporters who showered flowers on it. They also chanted slogans in the CM’s support as Thackeray joined his hands to greet them. A little later, he briefly came out of the car to greet his supporters.

His family members, including son and state minister Aaditya Thackeray, also left for Matoshree after him in a separate car.

Thackeray’s move to leave the official residence ‘Varsha’ comes after his address to the people of Maharashtra and his party members amid rebel colleague and minister Eknath Shinde’s consistent demand to break off the coalition regime in the western state that the Sena shares with Congress and the Nationalist Congress Party (NCP).

During his address, Thackeray said that ‘Hindutva’ has always been the “ideology and identity” of the Sena, adding he has lived up to the expectations of being the chief minister of Maharashtra.

He said that he is keeping his resignation letter ready, and even if one MLA tells him to step down, he will do so immediately. However, he insisted rebel MLAs to come and tell him on his face that they don’t have trust in him.

“Why go to Surat? I am not someone who would fight for the chair. Those who think I am incapable of leading the Shiv Sena, they must come to me. I am ready to relinquish this role as well,” Thackeray said during the address.

The chief minister further said that NCP supremo Sharad Pawar, and Congress leader Kamal Nath told him that they want him to continue in his post.

The situation remains tense in Maharashtra, especially after Shinde in fresh demands today, stated that the MVA front is “unnatural” and for the sake of the western state, Sena must exit the alliance.

Bagga, who lodged the complaint against Thackeray, had last been in news in May after police personnel of three states/or UT got involved regarding his arrest over a case lodged against him for “provocative statements and promoting religious enmity” through his tweets against Delhi chief minister and Aam Aadmi Party (AAP) supremo Arvind Kejriwal.