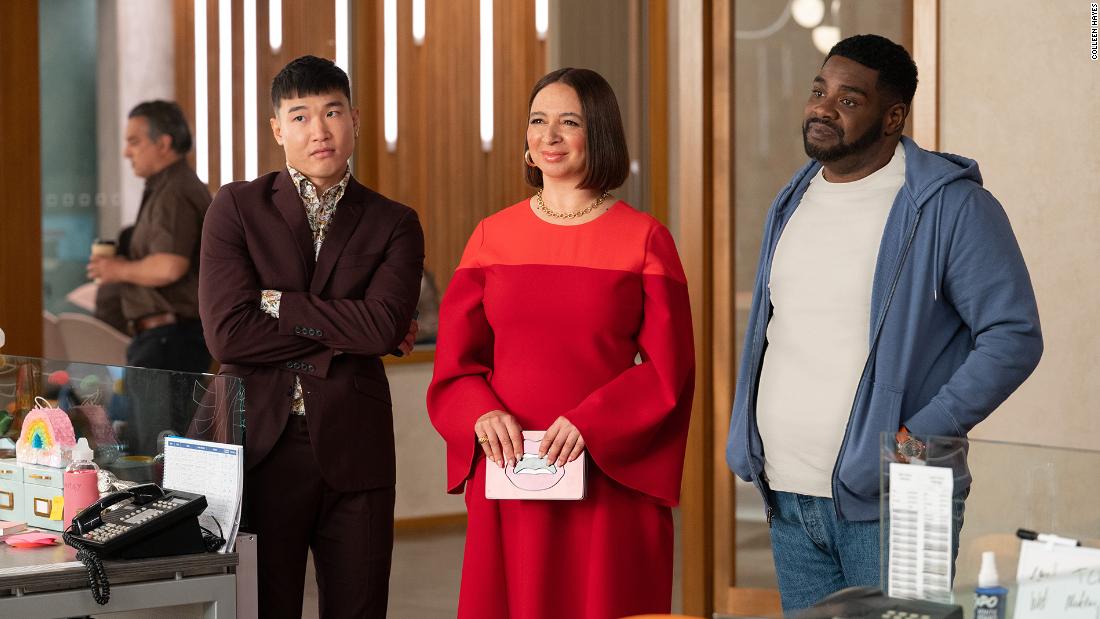 After an introduction by way of the couple’s mega-yacht, Rudolph’s Molly Novak is rudely awakened from her enviable life when she discovers the infidelity of her husband (Adam Scott). Faster than you can say “Mackenzie Scott” (the former Mrs. Bezos, and a major philanthropist), she’s on her own, with $87 billion (ballpark) to console her.
After a series of booze-soaked romps, Molly hears from Sofia Salinas (“Pose’s” Michaela Jaé Rodriguez), who runs a charitable foundation that Molly hadn’t even realized she’s inherited. Looking for something to do with her money and time, she takes an interest in the place, turning its somewhat eclectic staff into a sort of extended family.
At first, that feels like the premise for a workplace sitcom, with a whole lot of “She’s so rich” jokes, tone-deaf comments about women’s shelters and someone suggesting she purchase one of the Hemsworth brothers, while Molly receives constant reassurance from her doting assistant (“Fire Island’s” Joel Kim Booster).

Yet a few episodes in, the show actually reveals some more involving wrinkles. For starters, Molly begins to enjoy some semi-normal moments with the group’s shy and newly single accountant (Nat Faxon), right before encountering a dashing billionaire (“Unfaithful’s” Olivier Martinez) who seems plucked from the pages of a perfume ad.

Created by Alan Yang and Matt Hubbard (who previously worked with Rudolph on the 2018 comedy “Forever”), “Loot” conjures a pretty regular supply of amusing situations, such as Molly not realizing that she owns a theme park in the Philippines until something goes wrong there, prompting her to conduct an inventory of her assets, from the silly to the sublime.

The show even veers into the semi-serious, at least in terms of a system that allows a few people to amass these kind of fortunes, and what level of charity is appropriate for those who do. Rudolph proves equally adept playing at both speeds, but the more over-the-top flourishes that hew toward her “SNL” background generally pale next to the softer elements.

“Loot” doesn’t achieve much closure at the end of its 10-episode debut run, suggesting the show has a fair amount of life left in it. If it’s not a blockbuster, Rudolph and the cast ensure that it’s quite good company, setting up a series possessing all the possibilities associated with a protagonist who has time, and money, to burn.

“Loot” premieres June 24 on Apple TV+. Disclosure: My wife works for a unit of Apple.