Long traffic snarls at UP Gate, Noida-Delhi border due to farmers’ protest 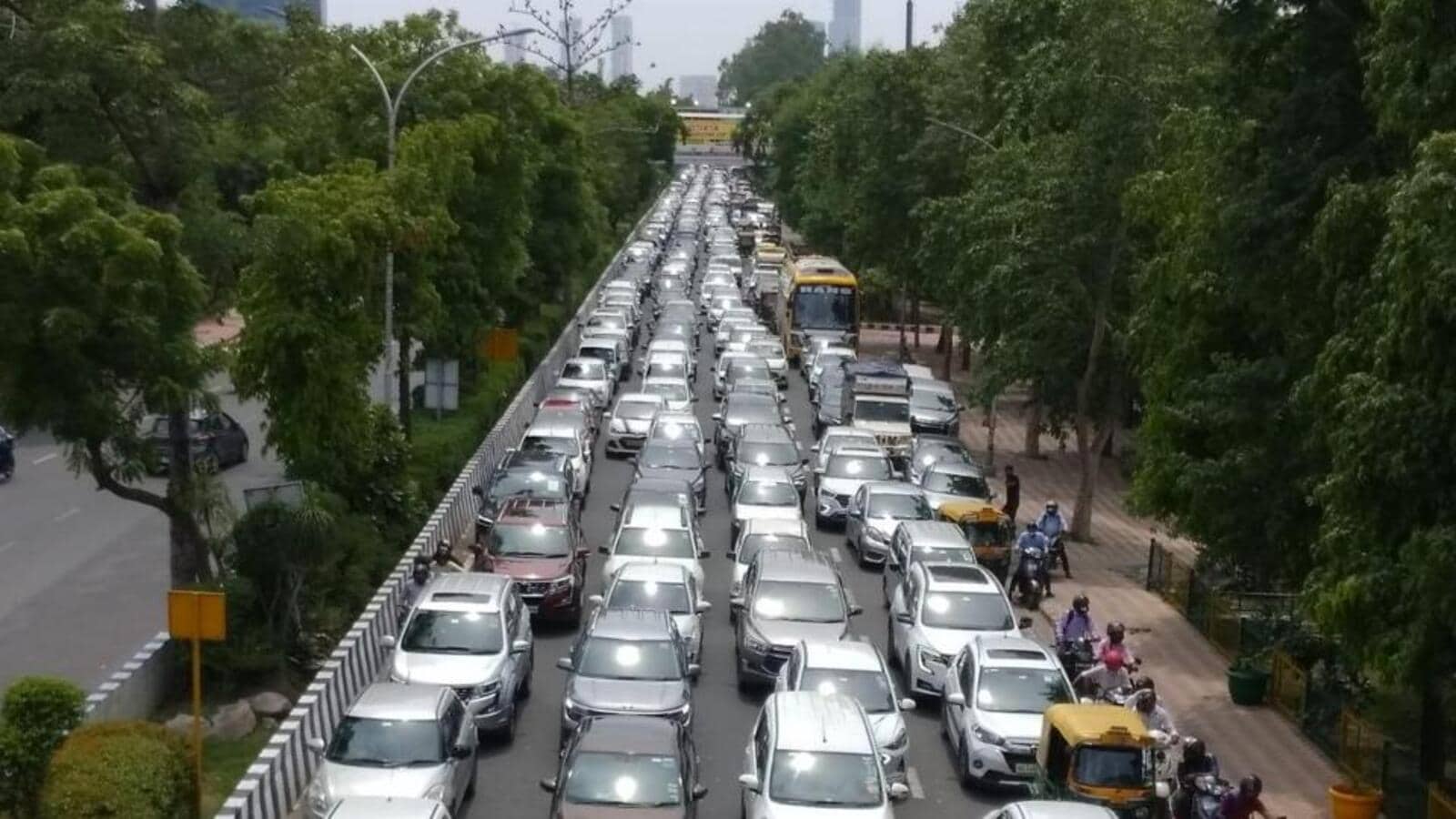 Traffic on UP Gate and Noida-Delhi border was badly affected on Monday as thousands of commuters had a harrowing time travelling to their offices during the morning rush hour in wake of farmers’ mahapanchayat at the national Capital’s Jantar Mantar.

Commuters travelling to Delhi were stuck in traffic jams at the UP Gate border while the long queues of vehicles extended for about two kilometres till Indirapuram on Delhi Meerut Expressway.

The officials of Ghaziabad traffic police said the issue resulted due to checks conducted by the Delhi police at the border in wake of farmers’ panchayat at Jantar Mantar.

The officials said the long snarls continued till Monday afternoon and there were no checks conducted by the Ghaziabad traffic police.

Ghaziabad shares several borders with Delhi at UP Gate, Kaushambi, Surya Nagar and Apsara border among others.

“The long traffic snarls resulted due to checks conducted by the Delhi police and there is no restriction on traffic movement from our side. The issue has resulted majorly at UP Gate and only on one side for traffic moving towards Delhi. The other side is clear,” said Santosh Singh, traffic inspector from Ghaziabad traffic police.

Commuters and residents said the issue of traffic jams often happens whenever there is a call for protest by farmers.

“We have seen months of blockade by farmers at UP Gate last year. On Monday, I returned home after seeing long queues of vehicles at the UP Gate. The jams extended from UP Gate till Indirapuram,” said Kuldeep Saxena, Indirapuram resident.

“The traffic at the other border at Kaushambi (near Anand Vihar) is moving slow on Delhi Ring Road adjacent to Kaushambi. The traffic snarls have not resulted yet inside Kaushmabi Township,” said VK Mittal, Kaushambi resident.

Since movement of farmers and their entry into Delhi had to be restricted at the borders, barricades were set up and checking was intensified on the route from Noida to Delhi, while the movement from Delhi towards Noida remained smooth.

“There was extra checking at the Chilla border and around the traffic lights near Kalindi Kunj. Traffic near DND is relatively smooth as checking is being done further ahead near the Yamuna bridge. All other borders are smooth with some checking going on,” said Ganesh Saha, deputy commissioner of police (traffic).

With the barricades set up, Monday morning rush increased the traffic load. However, officials are hopeful the traffic situation will improve by the afternoon.