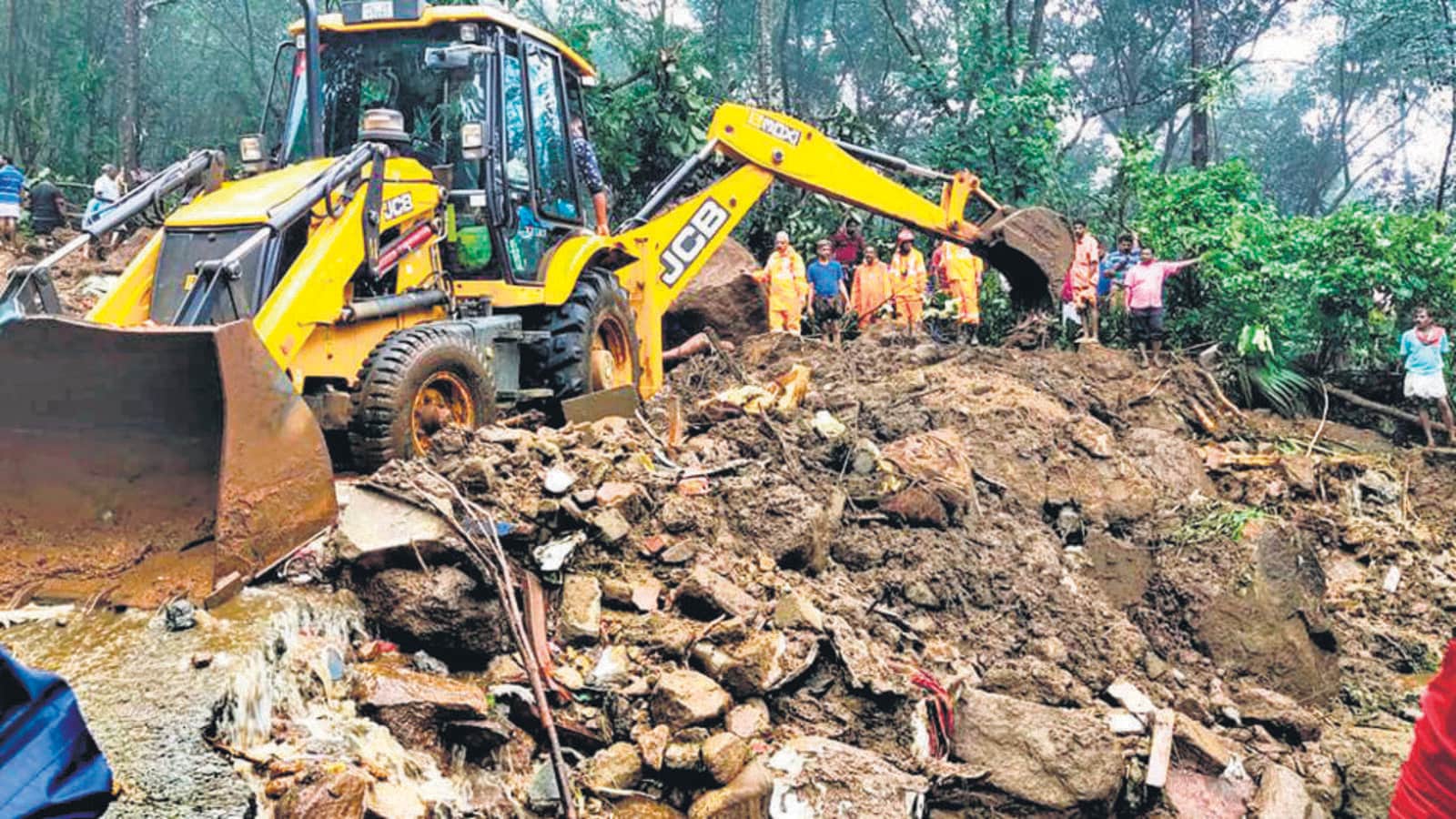 Five members of a family were killed early on Monday after a landslide swept out their house in Idukki district in heavy rains that continue to pound many hilly areas of Kerala.

Officials said the landslide that washed away a house took place in Kanjar village in the district’s Thodupuzha area around 3.30am. The bodies of family members of T Soman were found some distance away by rescue workers, some as far as 500 metres.

Police said the Kanjar residents who lost their lives were identified as Thankamma, 80, her son, Soman, 52, his wife Shaji, 50, their daughter Shima, 30, and Devanand, 5.

“Though we heard a loud noise in the night, we realised the damage only in the morning. There is no trace of the house,” said a resident of the area.

Local residents said the area has been witnessing heavy rains since Sunday night and the house was not in an area considered prone to landslides.

The state has been put on high alert as another spell of monsoon rains pounded many areas of central Kerala on Monday. Some of the areas in Idukki, Pathanamthitta and Kottayam districts received more than 15 cms of rain in last 24 hours, regional met office in the state capital said, adding wet condition will continue for four more days.

The India Meteorological Department (IMD) has issued orange alert (6 cms to 20 cms of rain) in these three districts on Monday and Tuesday. Yellow alert has been sounded in 9 other districts. In Pathanamthitta many low-lying areas were flooded and several roads closed for traffic.

Shutters of swollen Edamalyar dam in Ernakulam were opened as a precautionary measure and people living along the banks of the Periyar, second biggest river of the state, have been alerted. The state government has also sought more teams of the National Disaster Response Force. The dam safety authority said it is keeping an eye on rising water levels in major dams.

“We have shifted many families from the landslide-prone areas in Pathanamthitta and Idukki districts. More relief camps will be opened. District collectors have been asked to monitor the situation,” said Revenue Minister K Rajan.

In August last year, 24 people were killed after landslides and flash floods hit many areas of Kottayam and Idukki districts. The state government has asked district collectors to open more relief camps if the wet conditions continue.

Though the monsoon began early in the state on May 29, it weakened and led to rainfall deficit of 56% in June. But last two weeks of July received heavy downfall reducing the deficit margin to 26% and in August it was reduced to 20%. But weather officials said instead of steady downpour, heavy rainfall in short duration does more harm than good and destroys crops.