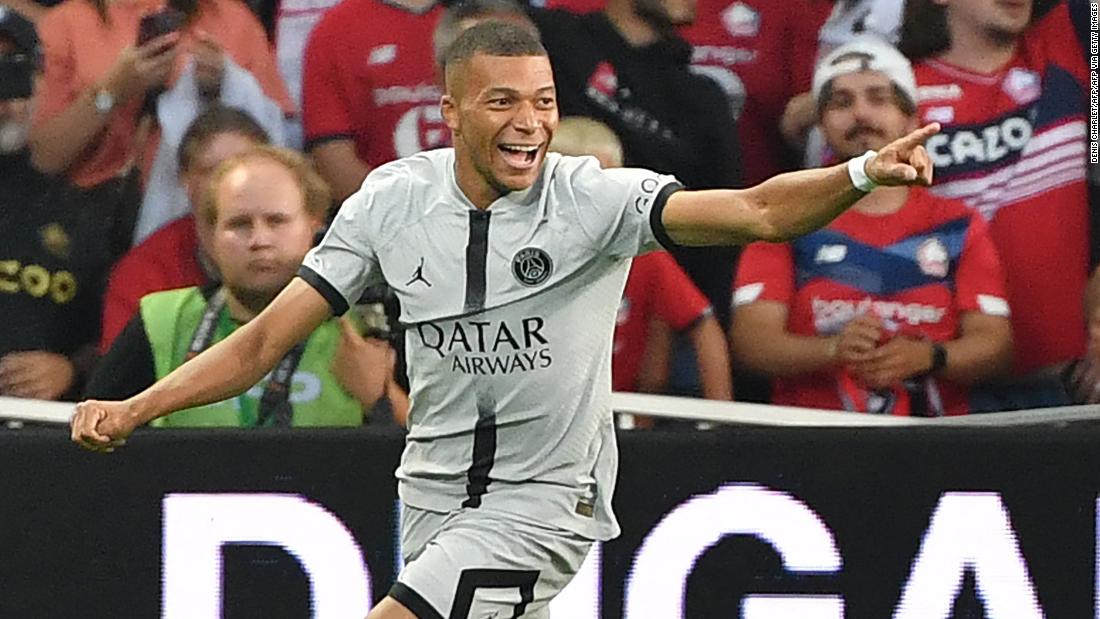 The team showed no sign of the disharmony that marred the 5-2 win over Montpellier, with Mbappé and Neymar squabbling over who should be on penalty duties.

New boss Christophe Galtier insisted the issue had been sorted soon after the match, and it certainly looked like PSG was already back to its slick best on Sunday, as Mbappé opened the scoring against Lille after just eight seconds, running onto Lionel Messi’s lofted pass and dinking the ball over Leo Jardim.

It was one of the fastest goals in the history of the French top flight and was an ominous sign of things to come for Lille.

Goals from Messi, Achraf Hakimi and Neymar made it 4-0 at half time, before two more goals for Mbappé and another for Neymar completed the rout in the second period.

Jonathan Bamba did get a consolation goal for Lille early in the second half, but there was never any chance of his strike sparking a comeback.

“We’re trying to find the best balance possible [with the front three],” Galtier said, per L’Equipe. “Leo, Kylian and Ney played like this last season but in a different formation. Tonight, they played for each other.

“Even when the game was decided, they tracked back and worked together. I enjoyed their desire to play together. After our match against Montpellier, I was following all of the debates, but I quickly felt in the first training session of the week that it was already behind us.”

PSG is now two points clear at the top of the table, scoring a remarkable 17 goals after just three matches and already looking unbeatable in its quest to retain the Ligue 1 title.