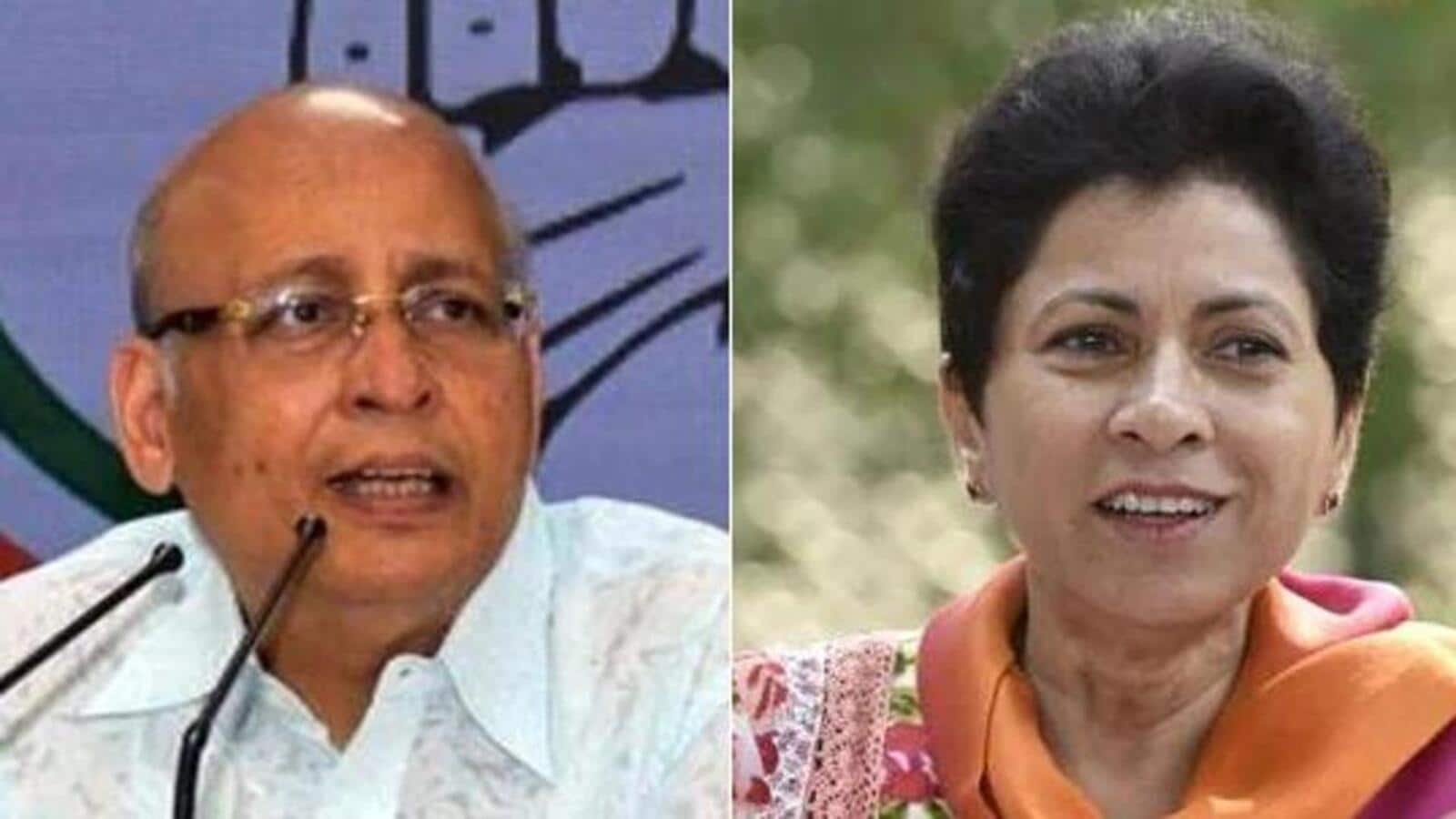 The Congress has also appointed T Subbarami Reddy, former member of Parliament from Andhra Pradesh, as a permanent member of CWC while Ajay Kumar Lallu, former party chief of Uttar Pradesh, has been made a special invitee

Senior Congress leader Kumari Selja and the party’s key legal expert Abhishek Singhvi have been inducted into the Congress Working Committee (CWC), the top executive body of the party in the latest rejig.

While Selja has been given a CWC berth after she missed out on a Rajya Sabha seat from Haryana, Singhvi’s entry into the top committee is seen as a reward for his larger role in the Congress’ legal and political battles in courts and outside.

Singhvi’s elevation also comes after Kapil Sibal, another key legal expert of the Congress left the party to return to the Rajya Sabha as an independent lawmaker with the help of the Samajwadi Party.

Selja’s inclusion also comes ahead of the Haryana elections, due in 2024. A senior leader added, “Selja’s nomination to CWC is also an attempt to balance the power equations in Haryana, primarily between Bhupinder Hooda and Selja. Hooda is calling the shots in Haryana. His son Deepender Hooda is a Rajya Sabha MP. So, it was necessary to accommodate Selja as a member of CWC.”

The Congress has also announced T Subbarami Reddy, former member of Parliament from Andhra Pradesh, as a permanent member of CWC while Ajay Kumar Lallu, former party chief of Uttar Pradesh, has been made a special invitee.

Lallu missed out on a Rajya Sabha berth even as three other leaders from Uttar Pradesh, Rajiv Shukla, Pramod Tiwari and Imran Prtapgarhi got nominated. For Singhvi, a sitting MP and chairman of the parliamentary panel on home affairs, entry in CWC was long due and also indicates the larger role he is going to play in the issues such as the National Herald case and other matters.